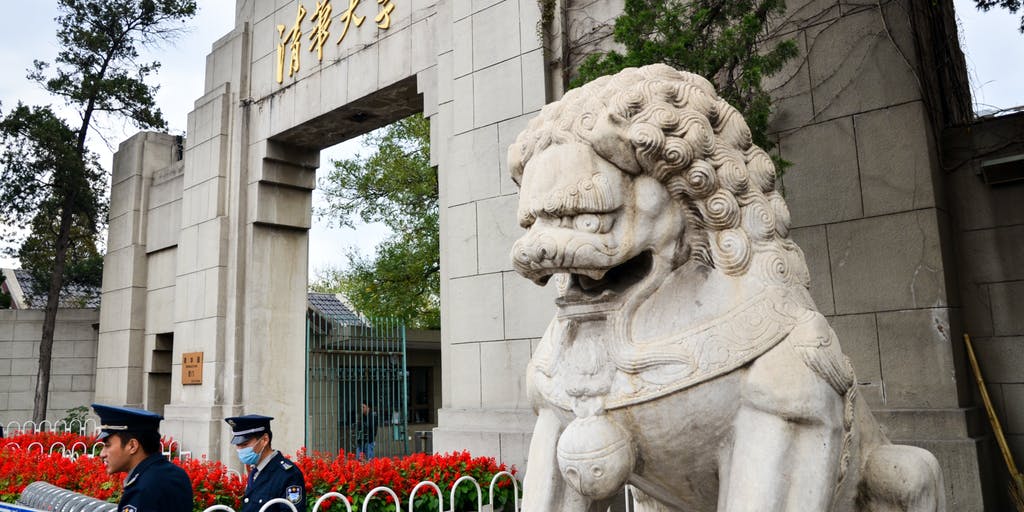 In fact, the country has no institution that is approved to deliver online degrees, even though it has moved rapidly to embrace MOOCs, free or low-cost online courses offered to millions throughout the country.

Since virtual degrees and MOOCs are both digital inventions, I wondered what accounts for China’s reluctance to award remote degrees, while it moves full-speed-ahead with MOOCs. It’s a confounding paradox, since you’d think China would view remote higher education as a piece of its global ambitions.

Seeing the rise of China, I imagine how Europeans must have felt at the end of World War II, when their long-held domination was overtaken by the U.S. After all, the U.S. was once—like China—a backwater agrarian outpost. After the war, mighty imperial centers in London, Paris and Berlin were reduced to runners-up, no longer able to exercise their former power. Today it is China, now the second biggest economy in the world, elbowing the U.S. out of global technical supremacy.

China actually has a long history of distance learning—mostly at correspondence schools and on broadcast TV. And at one point the Chinese Ministry of Education approved 68 pilot online colleges, including several at elite institutions, such as Peking, Tsinghua, Shanghai Jiaotong and Fudan Universities. But to earn a fully-accredited degree, students in online pilot programs must take additional exams to qualify—credentials that don’t carry the same academic standing as those awarded on campus.

Michael Wang, CEO of Beacon Education, a Beijing company I consult with that delivers U.S. online degrees to Chinese working professionals, says that China’s distance-learning programs are largely two- to three-year, second-rank vocational and professional schools. “They are not as rigorous as degrees earned from more expensive, four-year Chinese colleges,” Wang told me in a call from Beijing last week. “Nor are they at the same standard as online degrees from U.S colleges.”

Several obstacles stand in the way of the Chinese education ministry approving online degrees. “With 1.5 million enrolled in graduate programs, the country just doesn’t have enough faculty to manage an online population beyond its current commitment,” Wang said. “With no experience teaching online, neither is the faculty ready.”

Noting that the Chinese government is very conservative, Wang remarked that the ministry is likely fearful that its academic reputation will suffer if it approved online degrees prematurely. Wang thinks that officials will take another three to five years before they approve any virtual degrees.

To expand the nation’s technical talent pool, Chinese universities are upgrading their capacity to offer more up-to-date science and technology courses, with universities just beginning to introduce degrees in artificial intelligence, machine learning, software engineering and other advanced specialties. For China, the move is a departure from its centuries-old tradition of favoring literature and the liberal arts.

“Most Chinese schools are content to deliver new programs on campus only, rather than on digital platforms,” said Charles Iannuzzi, Wang’s colleague and Beacon’s global president. To fill the gap, Beacon offers Chinese mid-career workers technical graduate degrees by partnering with U.S. colleges and universities to deliver U.S. online degrees in China.

As dean of online learning at Stevens more than a decade ago, I ran three hybrid master’s degrees at two top Chinese institutions: Beijing Institute of Technology and Central University of Finance and Economics. While our Chinese students in Beijing accessed Stevens’ digital courses on laptops at home or elsewhere, just as our students in Hoboken did, online learning at most Chinese universities at the time was conducted in conventional classrooms, streaming videos or broadcasting live TV lectures on screens up front, as in a movie theater.

Stevens’ programs in China represent two out of about a thousand similar joint degrees launched by foreign colleges and universities. Today, in addition to about 10 fully-built residential campuses, including the University of Nottingham in Ningbo, University of Liverpool on the Xi’an Jiaotong campus and New York University in Shanghai, 40 online degree programs are also offered in China by international colleges and universities.

According to the Chinese education ministry, on-campus joint international programs are launched to promote education reform and to encourage modern pedagogical practices. The ministry must also be eager to encourage Chinese academic institutions to mimic Western institutions that helped propel dynamic capitalist economies.

Recently, in the wake of uneasy relations with the U.S. and other countries in the West, the Chinese Ministry of Education closed more than 200 foreign programs, two dozen of which are with U.S. colleges and universities.

MOOCs have proven wildly popular in China. In 2016, MOOCs claimed more than 10 million enrollments in the country. By now, the Chinese MOOC learner population must be twice—or even three times—that number, if we measure its trajectory against booming MOOC enrollment worldwide. Class Central, a site that tracks MOOC enrollment, reports 180 million MOOC learners across the globe, jumping from 58 million only 8 years ago.

Last year after postponing the start of the new higher ed semester in January because of the pandemic, the ministry endorsed a list of free MOOCs for use by universities. Today, following the global pandemic surge, 24 Chinese MOOC platforms offer an astonishing 52,000 courses, more than double the number in 2019.

Curiously, China’s reluctance to offer online degrees parallels the attitude toward online degrees in the Ivy League in the U.S.—both have embraced MOOCs while turning away from virtual degrees out of concern that remote degrees will damage their reputations.

But by protecting prestige and failing to see the need to move into the online-degree space, they will let others take the digital lead.

It seems worth reminding Chinese officials of a passage from Mao’s Little Red Book, “Quotations from Chairman Mao Tse-Tung”: “Many things may become baggage, may become encumbrances if we cling to them blindly and uncritically.”