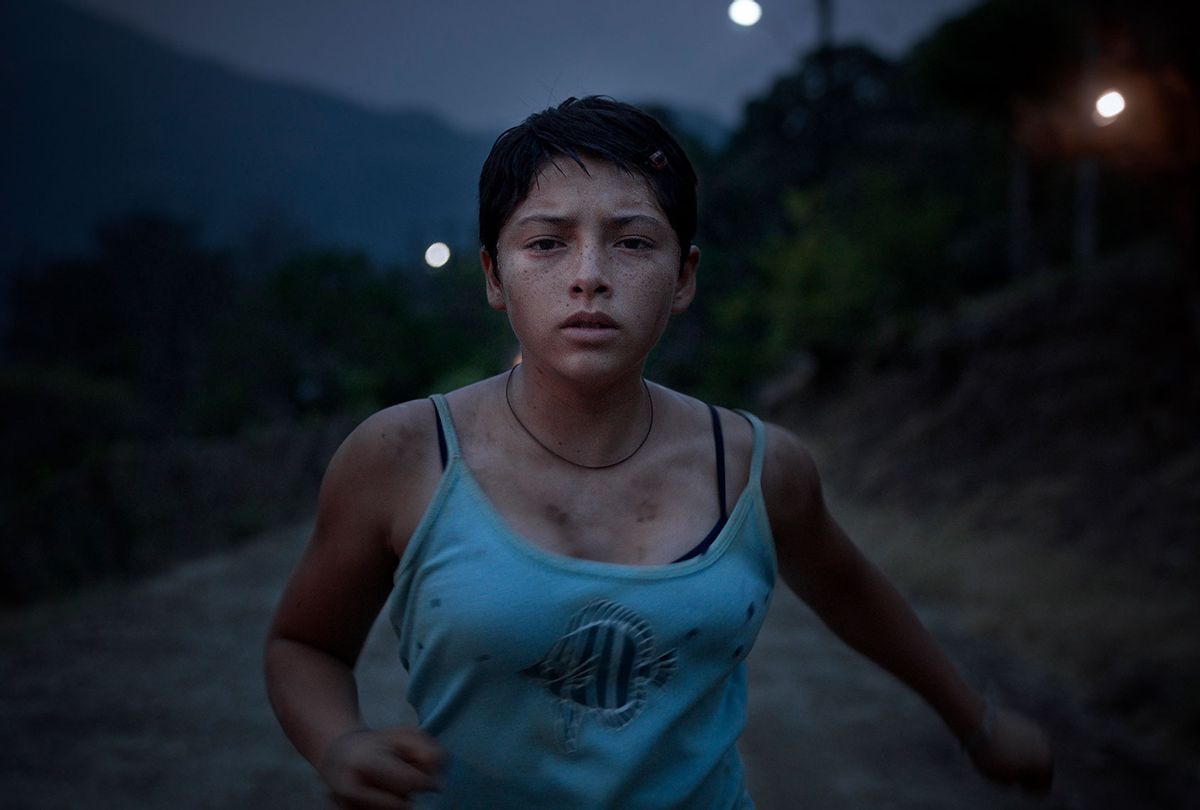 The opening scene of Netflix’s poignant drama “Prayers for the Stolen” has Rita (Mayra Batalla) and her pre-teen daughter, Ana (Ana Cristina Ordóñez González), digging a shallow grave in their yard with their hands. It soon becomes clear why. Young women in this rural Mexican village are often kidnapped by members of the local cartels who raid houses looking for young, attractive girls. Rita wants to keep her daughter safe, so they create this hiding spot should anyone come looking for Ana.

Ana spends much of her time with her best friends, Paula (Camila Gaal), who is vulnerable to capture, and María (Blanca Itzel Pérez), who is not (she has a pronounced harelip). After Ana is caught using makeup, a worried Rita takes Ana for a haircut to make her appear more like a boy. Ana cries during this life-changing moment, but it is for her own protection.

RELATED: “A Cop Movie” director: “Being a cop involves performance. You put on a costume and play a part”

Writer/director Tatiana Huezo, working from Jennifer Clement’s novel, makes a poetic feature debut here (having helmed some shorts and documentaries in the past). Although not much happens as she chronicles the characters’ lives, a palpable threat of danger hangs over almost every scene. Early on a young girl goes missing, and there is repeated talk about poison being sprayed in the area. (An uncomfortable episode, late in the film, has a character covered in the toxic chemicals.) But mostly Huezo’s approach is to provide tender, episodic scenes of the three female friends at school, at play, and at home.

The film, Mexico’s Oscar submission for Best International Feature, is largely plotless, which allows viewers to observe the daily lives of the characters. But it also means the film can be a bit slow at times. “Prayers for the Stolen,” has only a handful of tense moments, such as a duck-and-cover sequences when gunfire erupts in the street. (There is little to no on-screen violence.)

Around the midpoint, Ana, María, and Paula become teenagers, and are played by Mayra Membreño, Giselle Barrera Sánchez, and Alejandra Camacho, respectively. They still have short haircuts, but with their developing bodies, they look less like boys. They attend school in a single classroom, but teachers come and go because the area is so dangerous. There is a nice moment where the students learn to “see things differently” — as when Paula figures out an assignment given by their kindly teacher, Leonardo (Memo Villegas).

Huezo is showcasing the dignity of these people who are often not depicted as fully realized characters on screen. She shrewdly avoids the typical Cartel narratives in favor of showing the quotidian lives of the innocent people affected by drug operations in the region. Most of the women toil in the poppy fields. The few men in the village work at a local mining operation. (There are some fabulous shots of their chalky faces; the film as a whole is exquisitely photographed by Dariela Ludlow.)

There is also a terrific scene at a rodeo, where María’s older brother, Margarito (Julián Guzmán Girón) rides a bull and later dances with Ana. There is a hint of a relationship developing between Ana and Margarito as he teaches her to shoot a gun (she’s adept), but Huezo does not succumb to such conventional storytelling; she just captures the moments that provide an impressionistic look at the characters and their lives. Another sequence of the three adolescent girls playing in a river is a lovely moment that depicts their close friendship. (Another plus is that the girls are supportive of each other, and never really fight).

As the film progresses, Rita tries to get Ana to go live with her father, because he is far from the village, and it is safer. That Ana has the word “Papa” inscribed on the wall by her bed provides a nice, subtle statement about her relationship with her absent father. But Ana is reluctant to move because she appreciates her life and her friends. She does not want to lose her innocence, which is on the verge of disappearing.

“Prayer for the Stolen,” is absorbing because viewers will care deeply for Ana as she comes of age. And yes, there is a scene where she gets her period, but like the symbolic haircut, it is incorporated well in the story, and not overplayed. Membreño is captivating in the central role. She maintains a real poker face as she sizes up every situation she encounters, determining how to think, or feel, or react. It is a confident performance that draws viewers in because it gets inside her head.

Giselle Barrera Sánchez and Alejandra Camacho lend strong support as María and Paula, while Mayra Batalla makes Rita a steely force — especially in a scene where she has a machete in her hand as she talks to an authority figure who wants to find Ana.

Huezo’s thoughtful film is almost deceptively simple, but like the image of a scorpion that recurs throughout “Prayers for the Stolen,” it ultimately stings.

“Prayers for the Stolen” is now streaming on Netflix. Watch a trailer for it below via YouTube.