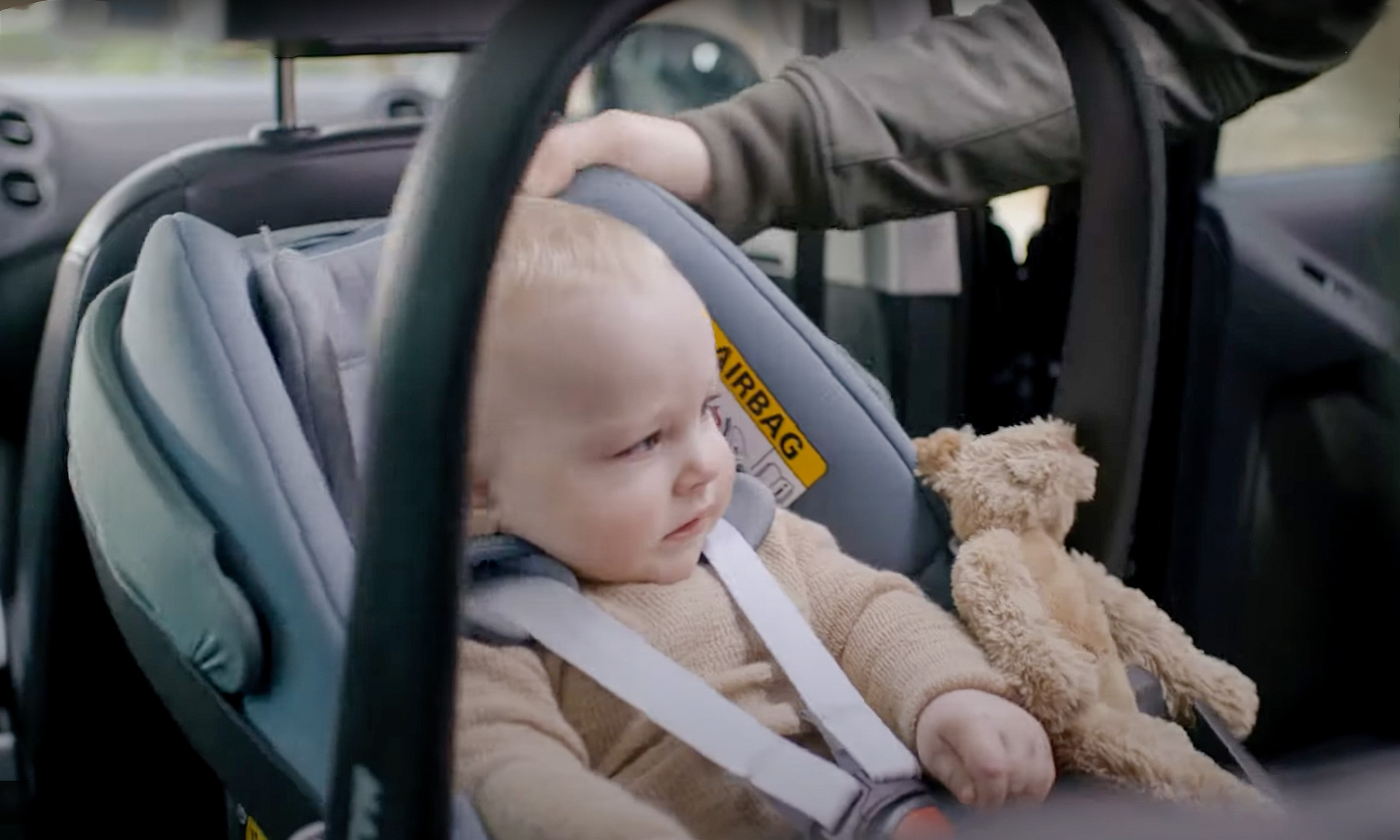 If you’ve ever had to contort yourself into a strange position to get your baby in and out of their car seat, or struggled to turn and reinstall your car seat so that it faces a new direction, then you’ll really appreciate the benefits of a swivel car seat.

We’ve just tested a batch of child car seats which contained some models that swivel. They allow you to rotate the car seat on a base so that it can face different directions, including towards the vehicle door so it’s easier to get your child into the seat.

This also includes some infant carrier models that are suitable from birth models, so the seat can be removed from the base as well as spun on it.

Head straight to our child car seat reviews for the full results or read on to find out about 360 swivel car seats.

This i-size infant carrier can be used with babies from 40cm to 83cm tall, which corresponds to around birth to 15 months old.

It’s fitted to the FamilyFix 360 Base, which connects to your car via Isofix connectors.

The seat can recline and swivel while attached to the base and can be detached to carry into the house or clicked onto the chassis of compatible Maxi-Cosi and Quinny pushchairs.

Read our full Maxi-Cosi Pebble 360 car seat review to find out how it scored during our tough side-impact collision tests.

This model from Britax Römer is approved for use with babies from 45cm to 83cm tall, which is from birth to about 15 months old.

It clicks onto the Flex Base iSense, and like the Maxi Cosi model, it can also swivel.

The seat reclines to allow babies up to 75cm (around 12 months) to sleep in a nearly flat position, both when travelling in the car and when the car seat is attached to a compatible pushchair frame.

This is useful as very young babies should only be kept in a standard car seat for 20 minute periods.

In our tests we check how easy a seat is to install and use – read our full review of the Britax Römer Baby-Safe iSense to find out how it did.

Unlike the infant carrier reviews above, this reversible car seat has a longer life span.

It can be used for children from birth to 36kg, which is approximately 12 years old and it’s approved to the older R44 regulations.

Initially it’s installed in the car using Isofix connectors and a top tether strap, but you can switch to the vehicle seatbelt once your child weighs 15kg or more.

Like the other seats featured here, the seat can turn on the 360-degree swivel base, and it can recline, too.

We safety tested the Chicco using test dummies with state-of-the-art sensors to record the forces inflicted in a range of crash situations. Discover the full results by reading the Chicco Seat4Fix review.

This model from Cybex is approved for use with babies from 61cm to 105cm tall, which is from around three months to approximately four years old. It’s reversible and is installed using an integrated Isofix base and support leg.

Unlike some of the other models, it can’t be detached for use with a travel system or to carry your baby into the house.

We’ve recently tested the Cybex, so read our full Cybex Sirona SX2 i-Size car seat review to find out how it scored during our tests, which include a front-impact collision which mimics two cars hitting each other at 40 miles per hour.

This i-size baby to toddler type car seat can be used with babies from 40cm to 105cm tall, which is around birth to four years old.

It has an integrated base which connects to your car via Isofix connectors and a support leg.

It’s an extended rear-facing car seat, which means you can keep your child facing backwards – the safest way for them to travel – until they’re four.

We fully tested the Migo Wonder i-Size for safety with our rigorous car seat testing program, which uses crash test dummies with state-of-the-art sensors used in multiple types of crash. You can see the results here.

Read our guide to swivel car seats for babies and toddlers

Other car seats that swivel

The below car seats are older models that we’ve tested in previous years, but which also provide the option to rotate the car seat.

A baby and toddler car seat that’s approved for use from birth up to when your baby reaches 105cm in height (18kg in weight), which is usually around four years old.

A rearward-facing car seat approved for use with babies from 45cm to 87cm tall, which is from birth up to about 18 months old.

Suitable to use from 61cm up to 105cm which is around three months to four years old.

An i-Size rearward-facing child car seat that’s approved for use for children measuring 40cm up to 105cm, which is birth to approximately four years old.

The Nuna Prym car seat is approved for children measuring 40cm to 105cm, or birth to around age four.

When it comes to safety and child car seat testing, Which? is ahead of the curve. Derived from Euro NCAP (European New Car Assessment Programme) assessments, our experts have specially designed the crash tests to be more demanding than the legal minimum standard requires.

A good car seat should be able to protect your child well enough in both front and side-on crashes, as you can’t tell what type of accident you may be involved in. During the course of our tests, we use state-of-the-art crash test dummies to cater for all the different modes a car seat can be used in, and the relevant ages of your child.

We can go through as many as 15 samples of the same seat to get the final crash-test result and then limit the score to the worst-case scenario. In addition, we also assess how easy the car seat is to install and how comfortable it is.

Find out more about our testing by visiting our how we test car seats page.