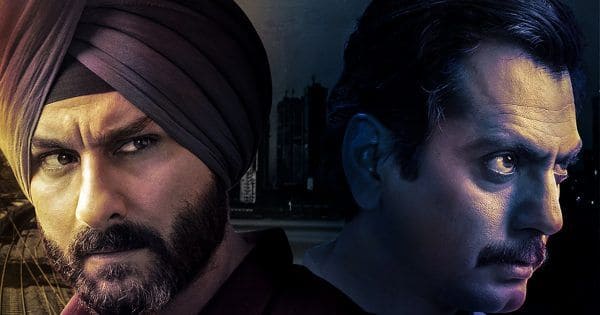 Saif Ali Khan and Nawazuddin Siddiqui’s Sacred Games was one of the first Indian web series that grabbed the attention of the audiences. The first season of the series was premiered in 2018, and it had received a fantastic response. In 2019, season two of the series was released, and it got mixed responses from the critics and audiences. While the makers had earlier stated that season three of the series might not happen, recently, Anurag Kashyap took to Instagram to clarify that Sacred Games 3 is not happening. Also Read – Kareena Kapoor Khan REVEALS her favourite spot at home; any guesses?

On his Instagram, Anurag shared a fake casting call for the series and wrote, “This man rajbeer_casting is a scamster . Pls report him . There is no season 3 of Scared games happening . I am filing an FIR against this person.” Also Read – ‘Saif Ali Khan and Sharmila Tagore fight a lot’, Soha Ali Khan REVEALS unknown secrets about her family

The fake casting post reads that the female actors are required for season three and they have to be okay with bold scenes. A neitzen commented on Anurag’s post, “Thode der k liye me khush ho gaya tha ki season 3 aa rha hai.” Another one wrote, “While we are at it, why isn’t a season 3 happening?” One more commented, “Wait did u just said there is no Sacred Game 3 ?? WTF , why ??” Well, these comments clearly prove that audiences are eagerly waiting for Sacred Games 3. But well, unfortunately, it’s not happening. Also Read – Jacqueline Fernandez, Kangana Ranaut and more Bollywood celebs caught flaunting love bites and hickeys

Talking about other projects of Saif, the actor will be seen in films like Adipurush and Vikram Vedha. The former, which also stars Prabhas and Kriti Sanon, is based on Ramayana and Saif will be seen playing the role of Raavan in it. Meanwhile, Vikram Vedha, which also features Hrithik Roshan, is a remake of the Tamil film with the same name.