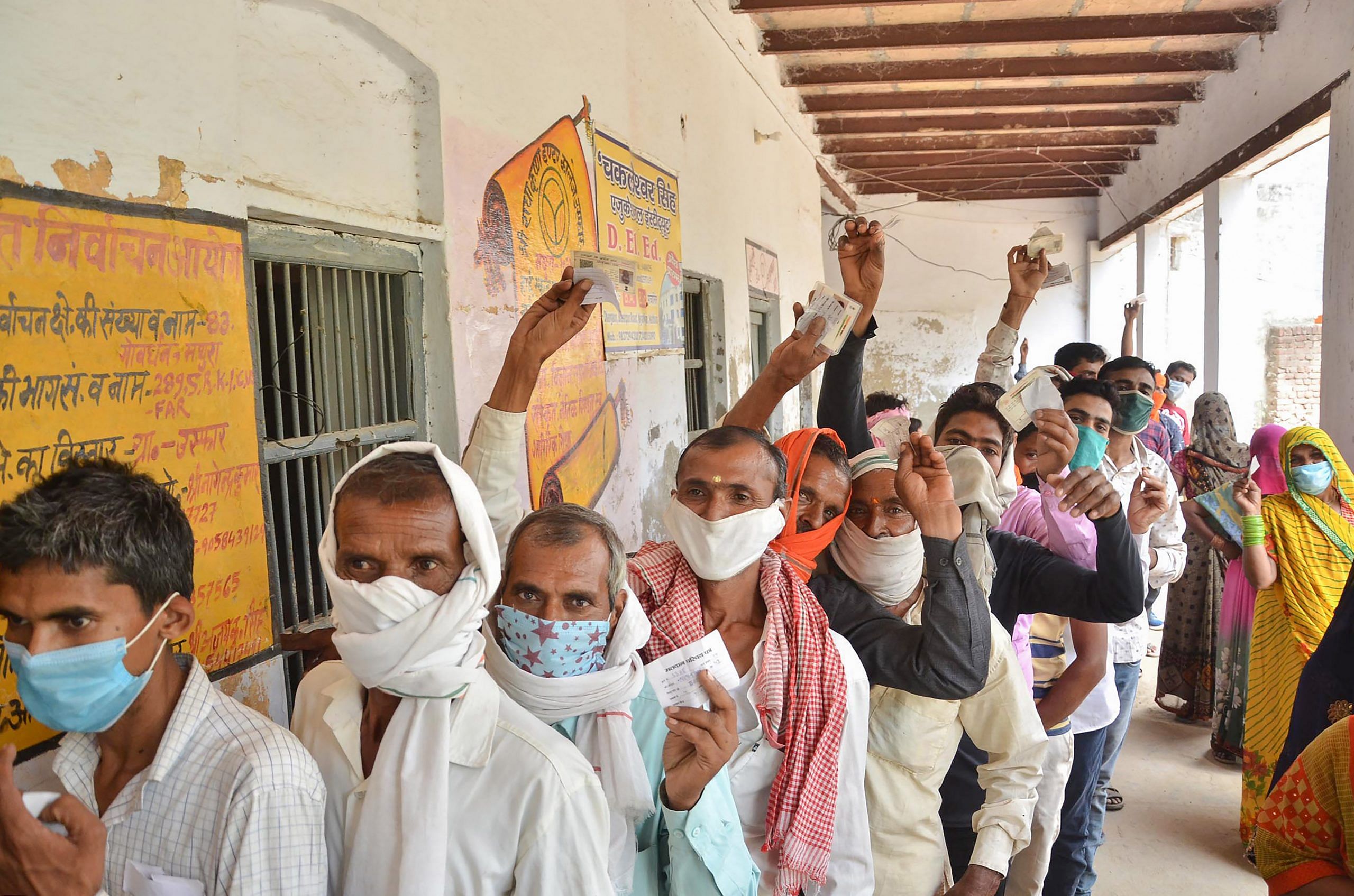 
Lucknow: The counting of votes for the Uttar Pradesh Panchayat elections is still underway, but trends have thrown up a surprise — a close fight between the BJP and the Samajwadi Party.

According to data from local news channels, as of 8.30 pm Monday, BJP-backed candidates are leading in 699 of the total 3,050 district panchayat seats that went to polls while those backed by the Samajwadi Party are leading in 689 seats.

The Bahujan Samaj Party is leading in 266 seats, the Congress in 66 and others, including Independents, are leading in 637 seats.

Panchayat polls are not fought on a political parties’ symbols or along their political lines but each party has declared their support for certain candidates. According to Election Commission officials, a party can announce a candidate is a ‘samarthit pratyashi’ or a supported candidate.

The Samajwadi Party, in this way, is also leading in some key constituencies of the state.

In Varanasi, which is Prime Minister Narendra Modi’s Lok Sabha constituency, the SP is leading in 13 seats out of a total of 40. This is followed by the BJP, which is leading in seven seats and the BSP with a lead in five seats.

A similar trend is underway in Lucknow as well, which is Defence Minister Rajnath Singh’s constituency. The Samajwadi Party is leading in six of the total 25 seats, while the BJP has a lead in only two seats, followed by the Congress and BSP that are leading in one seat each.

Of the total 40 seats in Ayodhya, the SP is leading in 24 seats, the BJP in six seats, the BSP in five and other candidates are leading in the remaining five seats.

On the close fight with the BJP, Samajwadi Party spokesperson Anurag Bhadauria said: “As of now we are waiting for the final tally, but results looking good for us. We will declare our official take after the full tally declared.”

Meanwhile, Naveen Srivastava, a UP BJP spokesperson, said, “We are hopeful for a better result so we are waiting for the final tally. Many Independents will also support us”

According to an EC official, who wished to remain unnamed, the final tally of the elections will most probably be declared Tuesday.

Also read: Supreme Court refuses to stay counting of votes for UP panchayat polls scheduled for 2 May

While there is still time for the final tally to be announced, the results of some key clashes have been declared by the UP Election Commission.

Sandhya Yadav, a family member of Samajwadi Party patriarch Mulayam Singh Yadav who had switched to the BJP, lost to the SP candidate Pramod Yadav in Mainpuri. Sandhya, who is the sister of former MP Dharmendra Yadav, had won the last election backed by SP and is the district’s incumbent panchayat president.

Meanwhile, Srikala, the wife of gangster-turned-politician Dhananjay Singh, a former Samajwadi Party MP, won as an Independent candidate in Jaunpur.

According to a statement by the UP Election Commission Sunday, 3,19,317 candidates have already been elected unopposed.

Also read: She was 8 months pregnant, was ‘forced’ into UP poll duty that killed ‘135 teachers’