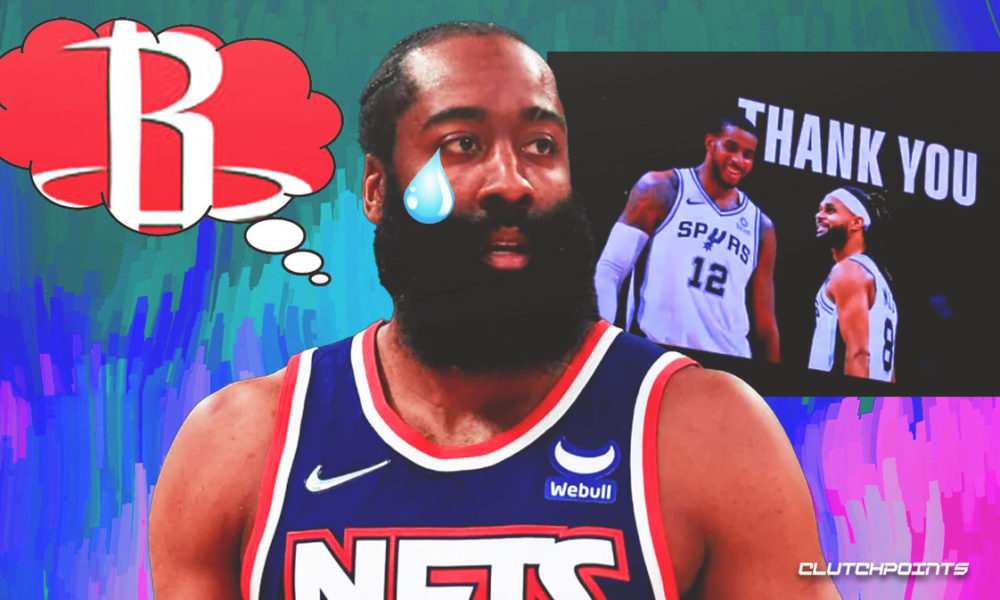 Brooklyn Nets stars LaMarcus Aldridge and Patty Mills were both honored with a touching tribute video in their return to San Antonio. The clip clearly got many in the building emotional, including All-Star James Harden.

Check out the heartfelt highlight reel the Spurs made for the returning Nets veterans:

James Harden couldn’t help but compare it to his own tribute video when he first returned to Houston after getting a trade to the Nets.

“It was better than my video,” the Nets star said sheepishly. “I could tell you that.”

Shots fired at the Rockets’ video editor. Here is the video in question, which James Harden clearly has some points of improvement for.

Rockets gave James Harden a tribute in his return to Houston 🙌

But of course, it was a lighthearted jab at his old franchise. James Harden was vocal on his Nets teammates fully deserving the tribute that they received for their time served with the Spurs.

“I almost wanted to cry with them. It was special, man. These San Antonio fans, obviously [coach Gregg] Pop and the San Antonio organization is great. They deserved it.”

James Harden probably leveraged that early emotion into some on-court aggression as he poured in 37 huge points to go along with 10 rebounds and 11 assists to key the Nets’ 117-102 win over the Spurs.

The Nets video team better get to work on their James Harden highlight clips. The former MVP demands quality.