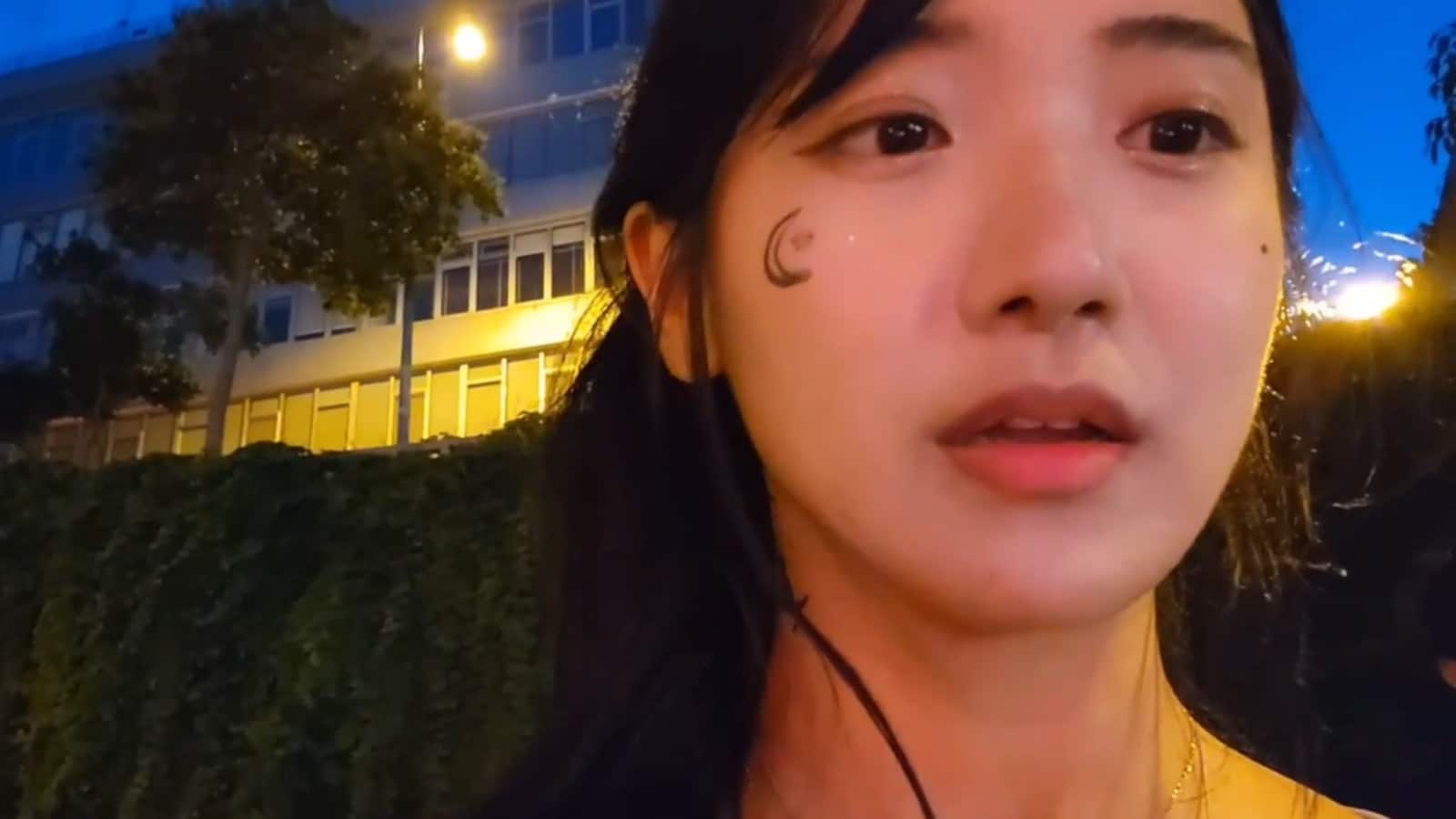 IRL streamer Jinnytty talking to the camera on Twitch

IRL streamer ‘Jinnytty’ had viewers on the edge of their seats when she, yet again, crashed on a scooter during her stream after having previously been banned from Twitch for reckless driving.

Twitch isn’t afraid to deal out multiple suspensions to creators who are caught driving dangerously during their livestreams, especially as it is not only a serious offense but also poses a severe risk to those on the roads.

One IRL streamer who found herself in the firing line was Jinny. Back in 2020, she was slapped with a week-long Twitch ban after driving recklessly during her stream, including wobbling around the road and running through a red light.

Jinny’s past came back to haunt her in August 2022 as, once again, she lost control of an electric scooter while streaming.

Jinny has taken viewers all around the world with her streams, her latest adventure being a tour around Istanbul.

Using an electric scooter to travel around the city, she suddenly got into trouble trying to climb up a steep hill.

However, just as Jinny was complaining that the scooter wouldn’t start, it suddenly sprung to life much to her surprise. As she started to lose control, she quickly jumped off, leaving the vehicle to crash into a nearby wall.

Jinny was thankfully unharmed from the incident as a passer-by suggested that she drive a little more “slowly” up the hill. She soon picked up the scooter and managed to make the climb perfectly.

The moment prompted a wave of laughter from her viewers after they realized she was okay, many of which urged her just to walk for the rest of the day.

It’s unclear whether Jinny will receive yet another Twitch ban for the incident. However, her fans are eager for her to travel on foot to avoid any similar near-misses in the future.