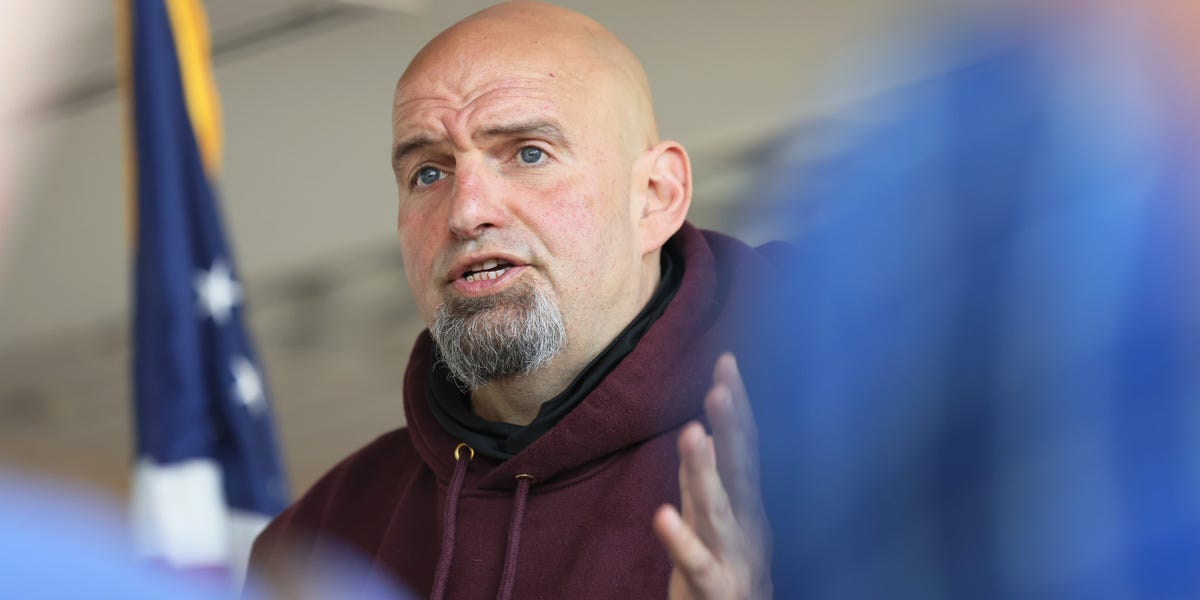 The survey showed Fetterman with 46 percent support among likely voters in the Keystone State, while Oz stood at 37 percent; thirteen percent of respondents were undecided.

In the poll, voters from each political party were largely lined up behind both of their respective nominees; Fetterman attracted the support of 82 percent of Democrats, while Oz won the support of 76 percent of Republicans.

However, Fetterman is currently doing a better job of holding onto his base, as only six percent of Democrats cross over to back Oz, while ten percent of Republicans say they’ll vote for Fetterman.

Fetterman also boasts a wide lead with independent voters in the poll, winning a 44 percent plurality, compared to Oz’s 24 percent with this group. In the survey, 24 percent of independents said they were undecided.

At the moment, Fetterman is on positive ground with Pennsylvania voters with a 45 percent favorable rating, compared to 27 percent who view him unfavorably. Oz’s current unfavorable rating stands at 50 percent, while 28 percent view him favorably.

President Joe Biden’s standing in the state has deteriorated over the past year, as he now has a 43 percent favorable rating, while 53 percent view him unfavorably.

The president’s job approval rating in Pennsylvania sits at 39 percent, while 54 percent disapprove of his performance.

And 50 percent of respondents said they want their vote this fall to “change the direction” in which Biden is leading the country.

But Fetterman — who has developed a personal brand as a nontraditional politician over the years and frequently campaigns in rural and exurban areas that have turned sharply against Democrats over the past decade — is so far outperforming Biden in the state.

While Republicans are poised to make major gains in Congress this year, national Democrats are optimistic about their chances in Pennsylvania, a state that Biden narrowly won in the 2020 presidential election after Trump eked out a win in the blue-leaning state in 2016.

The open-seat contest is a result of Republican Sen. Pat Toomey’s decision to retire after two terms in office.

Both candidates are holding members of their respective parties, with Shapiro earning the support of 82 percent of Democrats, while 83 percent of Republicans say they’ll pull the lever for Mastriano.

While Shapiro ran unopposed for the Democratic nomination, Mastriano defeated a slate of GOP candidates in a primary last month.

For months, Shapiro has sought to paint Mastriano as outside the political mainstream on major issues from abortion rights to election integrity, while Mastriano in recent weeks has begun to rally the conservative base around his general election candidacy.

The poll surveyed 500 likely general election voters from early to mid-June and had a margin of error of plus or minus 4.4 percentage points.