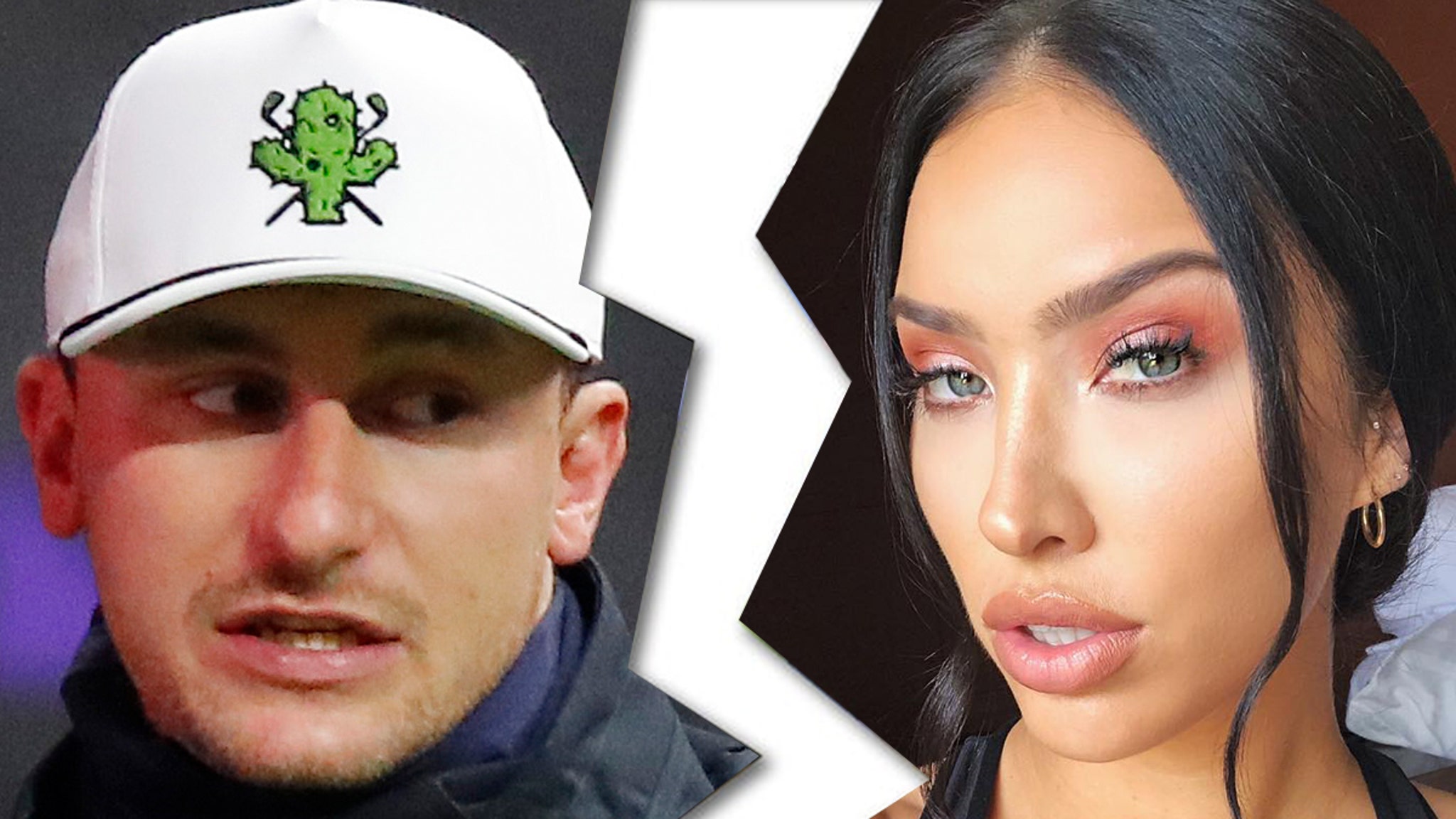 Johnny Manziel is officially a single man — the ex-NFL quarterback’s divorce from Bre Tiesi has been finalized, TMZ Sports has learned.

Court records show the judge signed off on the divorce earlier this month … which means both Johnny and Bre are solo-dolo in the eyes of the state of California.

We spoke with Bre, who said the two are “still cool” with each other and speak often … and she wishes him nothing but the best.

Of course, both sides had already moved on to other people — in fact, Bre recently dated Jennifer Lopez‘s ex, Casper Smart.

Johnny credited Bre with saving his life in the past … and later said his marriage — and divorce — helped him grow as a person.

“I wouldn’t be here right now if it wasn’t for my relationship and getting married,” Manziel said at the time.

We broke the story — Bre and Johnny first started dating in 2016 … and Johnny proposed in March 2017. The couple got hitched in 2018 before breaking things off a year later.

Tiesi had previously called Manziel out for allegedly cheating on her … saying, “vows were broken.”