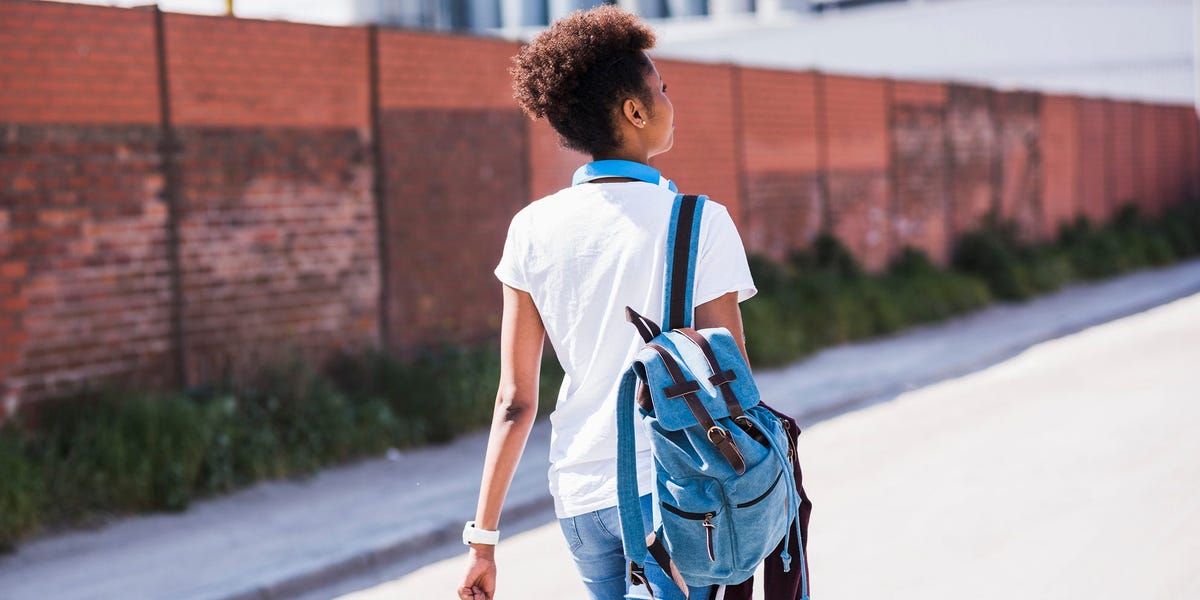 In August 2019, I found myself out of the Navy with no job, no plan, and no home. But, because I’d discovered the Financial Independence/Retire Early (FIRE) movement the year before and had grown my net worth substantially, I knew I’d be OK.

In August 2018, I decided to opt out of the Navy and submitted my letter of resignation. I had experienced meanness — like the lower-ranking enlisted personnel who told me “no one” respects me — to what I view as sexual harassment, like the comment from a superior who told me I was a “present” for my department head. The worst part was no one around me ever said anything to me about what I was clearly experiencing. Harassment was normal. It was accepted.

The FIRE lifestyle, for obvious reasons, appealed to me as a young, Black, female junior officer onboard a ship. I knew that if I could become financially independent, I wouldn’t have to work in any environment where I was being harassed.

FIRE, for the uninitiated, is a lifestyle based on the premise that if you save enough money in your investment accounts, you will eventually have enough money to withdraw your annual expenses without it running out. Depending on market conditions, your money will grow over time, allowing you to work only when, where, and how much you want.

I got to work rebuilding my financial life

When I submitted my letter of resignation, I had one year before my “separation date” — my last day with the Navy —  which gave me one year to pay off a $9,000 car note, about $17,000 in personal loans from renovating a property, about $7,000 in credit card debt, and to start building my emergency fund.

Within six months of submitting my resignation letter, I was completely debt-free. First, I sold my car and began biking to work, borrowing friends’ cars when needed. Then, I found a roommate on the internet, saving an extra $700 every month on living expenses. My ship was being built in Wisconsin, so I knew that I would eventually spend a large portion of the remainder of my time in the Navy in that state. When the time came to sail my ship from Wisconsin to Florida in March 2019, I moved out of my house in Florida completely.

However, I needed more liquid cash. The key to building confidence in separating from service is having enough cash to last for at least six months, and while I was debt-free, I had not saved enough. While not having a housing expense or car note was helpful, I needed to significantly increase the amount of cash I had on hand in order to be secure in leaving my sole source of income. I decided to sell a house I bought in 2015 from a tax-lien sale in Atlanta.

I was ready to leave the Navy and go to Yale

In February 2019, I was accepted into Yale, and I was ready to start my GI benefit. The GI benefit is an education program that both pays for veterans’ tuition and provides a living stipend. The program is a lifeline for veterans returning to college because it allows us to be able to both afford school and afford the cost of living while attending.

My commanding officer signed off on a plan: Since I already had an approved separation date of August 31, 2019, I would take leave (“paid time off” in civilian terms) for the month of August, start school that month, and then officially separate from the Navy at the end of August while I was already at Yale.

But that plan was derailed when my ship hit another ship about halfway through our journey from Wisconsin to Florida. At that point, I was just eight weeks away from my separation date, and six weeks away from starting at Yale.

One setback almost upended everything I had built

After a new commanding officer came on board, he denied my request to take leave and start at Yale. I would have to finish out my service onboard the ship through the month of August.

Not being able to enroll meant no GI benefits. No GI benefits meant no income. When my service ended at the end of August, I was unemployed without a plan.

Thanks to the FIRE community, though, I was empowered to buy back my life. I had $15,000 in cash, had sold my house at a profit, and had zero debt aside from the mortgage on another rental property.

One month after my last day on the ship, I bought a one-way ticket to Johannesburg, South Africa, then spent the next year traveling to 14 countries. One year after I left the Navy, I began renovating a property in New Haven, Connecticut. I’d also been able to defer my admission to Yale, so, with my GI benefit in hand, I started school in August 2020.

Had I not been a part of the FIRE community, being denied leave could have destroyed everything I worked to build. But it didn’t. Today, my net worth is almost five times what it was when I left the Navy. I live in my fully renovated three-bedroom home in New Haven with my two roommates. I still own my very first rental property in Goose Creek, South Carolina, which brings in cash every month. And in nine months, I will graduate from Yale – completely debt-free. I haven’t hit my FIRE number yet, but I’m confident I will.

As for the individual who called me a “present,” they were promoted. It serves as a constant reminder of why I’m lucky I opted out.

More importantly, it serves as a reminder of how many people — men and women alike — have stories just like mine, and how many people are living through their stories at this very second.

I hope they learn to opt out, too.