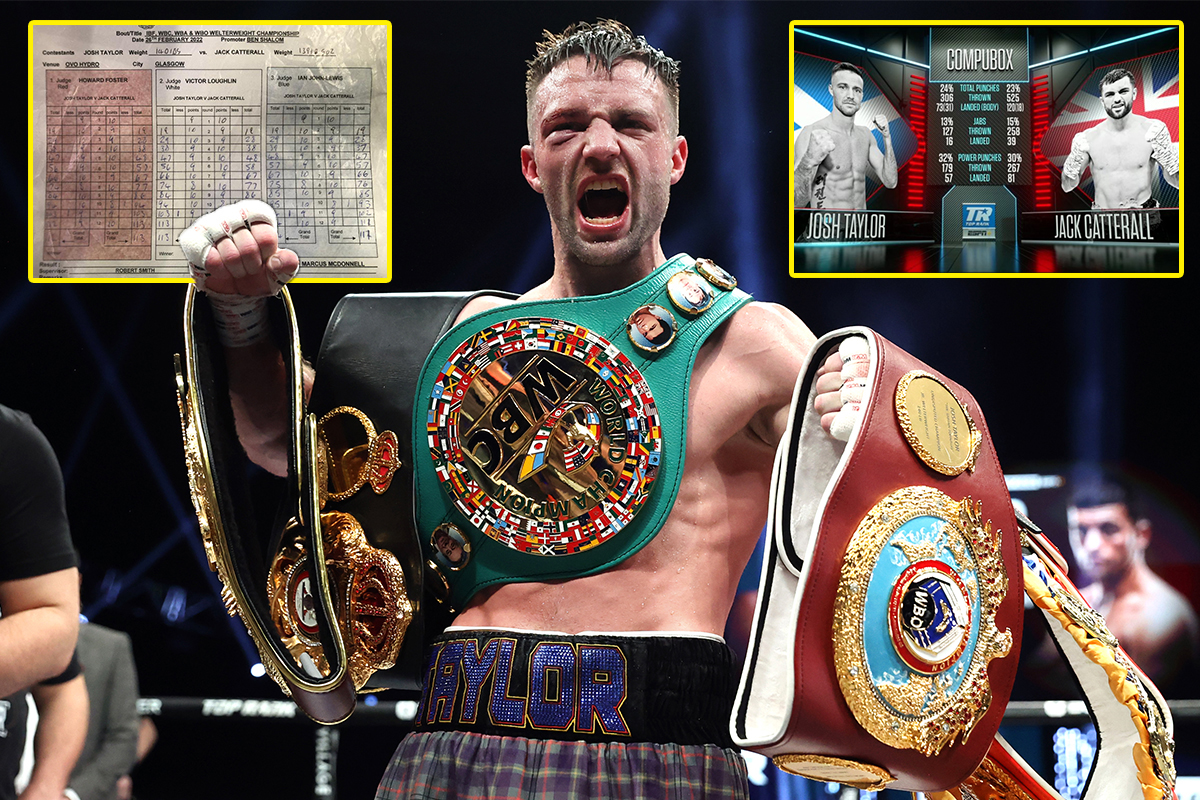 Jack Catterall clearly outlanded Josh Taylor in total punches, according to the CompuBox punch stats for their fight.

The challenger fought brilliantly and scored a knockdown, but the judges instead awarded the champion the victory and provoked an outcry of ‘robbery’ from many fans

The contest started with Catterall boxing well, and he made Taylor step back with a sweet left hand inside the opening 20 seconds.

Catterall had success with a series of accurate shots troubling the Scot, who struggled to land clean himself.

As they hit the halfway mark, the Englishman seemed to be building a lead while Taylor was cut under his right eye.

Catterall stunned Taylor and floored him with an classy combination of left hooks in round eight, but the home fighter rose to his feet and battled back.

It seemed the challenger had done enough though, with the champion unable to get to grips with him throughout the bout.

The CompuBox punch stats for the fight have now revealed that Catterall landed 120 of his 525 punches thrown in total, while Taylor landed 73 of 306.

OFFER OF THE DAY