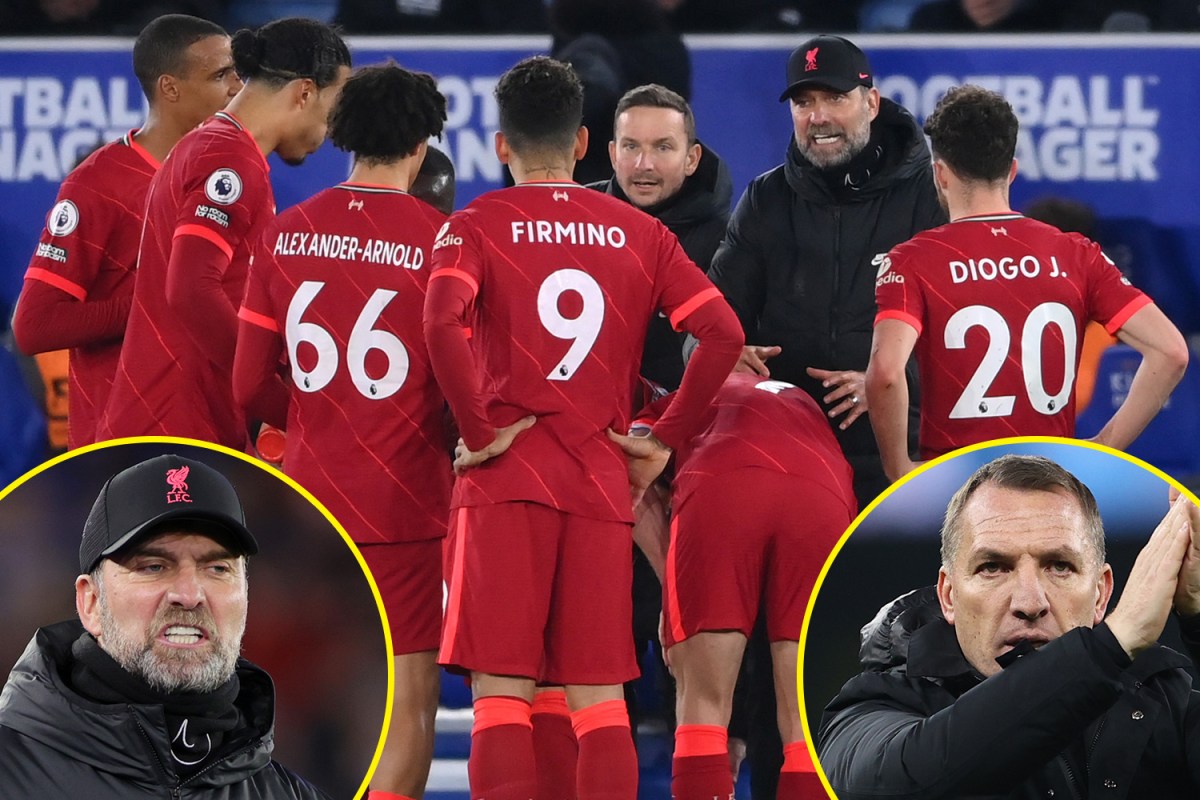 Jurgen Klopp has told his players there will be no title for Liverpool to challenge for if they continue to play like they did at Leicester.

The Reds suffered a huge blow in their bid for a second Premier League crown as they were beaten 1-0 at the King Power Stadium.

The result means the Merseysiders are six points behind leaders Manchester City, who have hit form during the busy festive schedule with nine straight league wins.

Many are tipping the race to go right down to the wire, with Chelsea also believed to be challengers, but Klopp says his side won’t be in contention with more performances like this.

On Liverpool’s title chances, Klopp told talkSPORT: “If we play like this then we won’t have to think about it to be honest.

“If we play our usual football we have the chance to win quite a few football games. If we do that we’ll see but we have to play better.”

He added: “We were not good enough, not good. Not even close to what we can be. They deserved the three points.”

It was an uncharacteristically bad performance from Liverpool‘s players but Jason Cundy believes Klopp needs to look at himself too.

The talkSPORT host added that Klopp got his substitutes wrong and was outwitted by Foxes manager Brendan Rodgers at the King Power Stadium.

Cundy said on the Sports Bar: “It’s always difficult when you get a microphone thrust in front of your mouth when you’ve seen City get an extra three points on you and your results are starting to look a bit iffy, the performances aren’t at the standards he wants. He’ll know Liverpool are better than what we’ve just seen.

“I think he has to look at his own performance. The substitutions… Curtis Jones would’ve been my choice [to replace Alex Oxlade-Chamberlain]. I’m not sure Naby Keita brings that [attacking play] to the party.

“Then when you look at the substitutions Rodgers made, Youri Tielemans and Ademola Lookman said that they believed that they could get win the game. Brendan did him.”

Cundy added: “Brendan absolutely schooled Klopp tonight. He got one over on him and it’s not often you can say that. Klopp got done by Rodgers.”