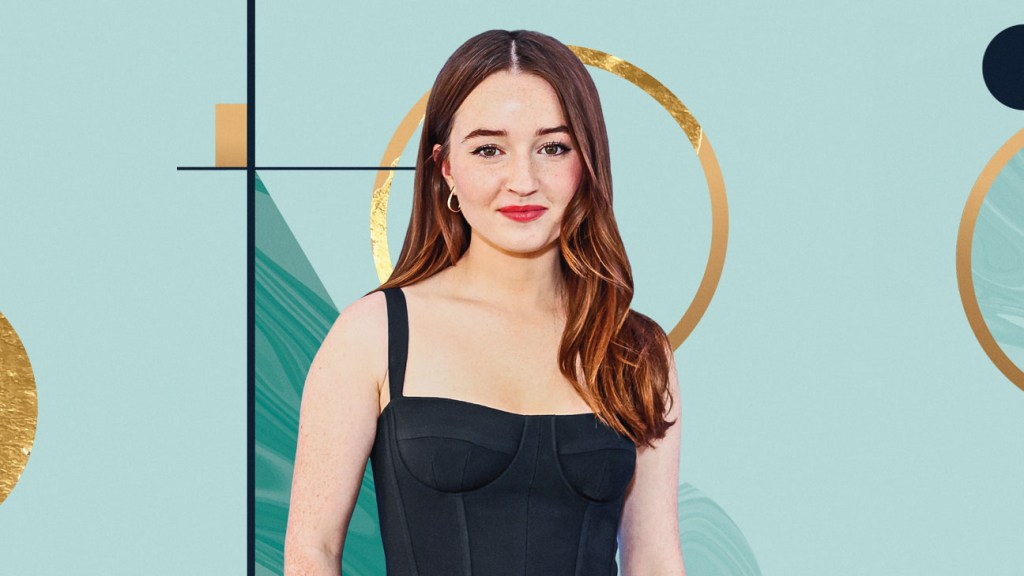 In her relatively brief career, Kaitlyn Dever has amassed an impressive list of credits on her résumé. The 25-year-old first gained notice for her guest role as wayward teen Loretta McCready on the FX crime series Justified. She proved her comedic chops playing the youngest daughter of star Tim Allen on the ABC (and later Fox) sitcom Last Man Standing, then again alongside Beanie Feldstein in the 2019 coming-of-age comedy Booksmart. Her role on the 2019 Netflix limited series Unbelievable, in which she played a survivor of sexual assault pressured into retracting her statements, put her onto the awards circuit for the first time when she earned a 2020 Golden Globe nomination.

Her latest performance, on Hulu’s Dopesick, for which she has received her first Emmy nom, was no less daunting. Dever stars as Betsy Mallum, a closeted lesbian in a small town in the Appalachia region of Virginia who, like many of her neighbors, works as a coal miner. But when an on-the-job injury leaves her with chronic pain, she turns to Dr. Samuel Finnix (fellow Emmy nominee Michael Keaton), who prescribes her OxyContin. With the new miracle drug developed by Purdue Pharma only recently on the market, neither Betsy nor Dr. Finnix is aware of its highly addictive properties. While both doctor and patient have their own struggles with opioid addiction, Betsy’s life spirals out of control as she causes harm to her loved ones as well as herself.

Dever spoke with THR about the responsibility of playing a character in the throes of addiction with humanity and nuance, how she managed to track Betsy’s journey while filming the series out of order and why the limited series is, in her mind, one of the most important projects she’s ever worked on.

What initially drew you to this?

The role of Betsy immediately stood out to me. She is just such a powerful character, and she is so resilient in so many ways. The first episode — the whole series, really — broke my heart. When I read the first episode, I just fell in love with Betsy, and I had to play her. I felt such a big responsibility there to take on that kind of role. I am forever grateful to [creator and director] Danny Strong for putting his trust in me and allowing me to take on such an important role. It’s such an important story that deserved to be told. And, obviously, getting to work with Michael Keaton was a dream of mine, and Danny Strong made that dream come true in so many ways.

Can you tell me more about the responsibility you felt? It’s already such a tough role in a show that deals with serious subject matter. How did you prepare for Betsy’s journey?

I did a ton of research before doing this project, and it takes a toll on your life and completely changes your brain chemistry. What I learned most about addiction is that it’s different for everybody and it’s so not black and white. Betsy is a composite character, so she really represents all the victims of the opioid crisis. Knowing that going into this, I felt even more of a responsibility to make sure I got every ounce of this character right. I had to give everything to this character, and I completely forgot about how I felt on certain days because this is one of the most important stories impacting our culture right now. And it has been for far too long.

I researched everything I possibly could. There are a lot of facts you can find on the internet, you know, but then there’s emotionally [getting into] this headspace. It was one of the most rewarding experiences I’ve ever had making something. I had crewmembers coming up to me while we were shooting, basically opening up to me and being willing to share their own stories that were similar to Betsy’s — that was happening constantly. It was a constant reminder of why we were making this show.

This job must have been so intense, and I imagine that feedback really heightened the experience.

It was intense, but that emotion and energy are important — everybody poured [that] into this show. It was definitely worth it, because we all knew going into this that we were making something really, really special. And it’s something that I believe has created social change. In general, I feel like we all were going to work knowing that we were doing something really, really good, and all of the hard work we put in … You could sense it everywhere, which is an incredible feeling.

I’ve read that you used a spreadsheet to organize your character’s arc. Is that a typical process for you?

There’s no real formula coming into a role like this. I had to treat it as one singular thing. I watched as many documentaries as I could, plus YouTube videos. I read the book [Dopesick by executive producer and writer] Beth Macy, which was super helpful and informative. But we were shooting all over the place, because [with a TV] series you don’t have the ability to shoot it all in order. There were times when we were shooting episode two and seven in one day. For Betsy, that’s a big jump — a several-year jump. I really wanted to be so specific about each scene I was doing, so I created a spreadsheet for each episode so I could track her journey and where she was emotionally. Betsy in episode one is so drastically different from Betsy in episode four. Especially keeping track of the level of withdrawals that she was going through … it is such an up-and-down journey.

Is there a scene that stands out as being particularly challenging to film?

Oh, man, there are so many special scenes in the show, [like] in episode five, when Betsy has to steal her mother’s jewelry to sell to get more Oxy. In terms of my thoughts on the scene and also what I thought the audience would think of this scene in the moment, I just felt like that was going to resonate with a lot of people. It was really just such a heartbreaking moment for Betsy and her family, and you realize this person has nowhere to turn. She has tried everything, and it is literally impossible [for her] to stop [using]. That was the most heartbreaking scene to have to shoot. That whole sequence when Betsy takes down all her quilts that she had spent her life working on, and she goes and burns them in the yard. That whole sequence with the family was one of the most challenging scenes I’ve had to do. Again, you feel so much for this character and your heart breaks for her so much.

Interview edited for length and clarity.

This story first appeared in the Aug. 10 issue of The Hollywood Reporter magazine. Click here to subscribe.