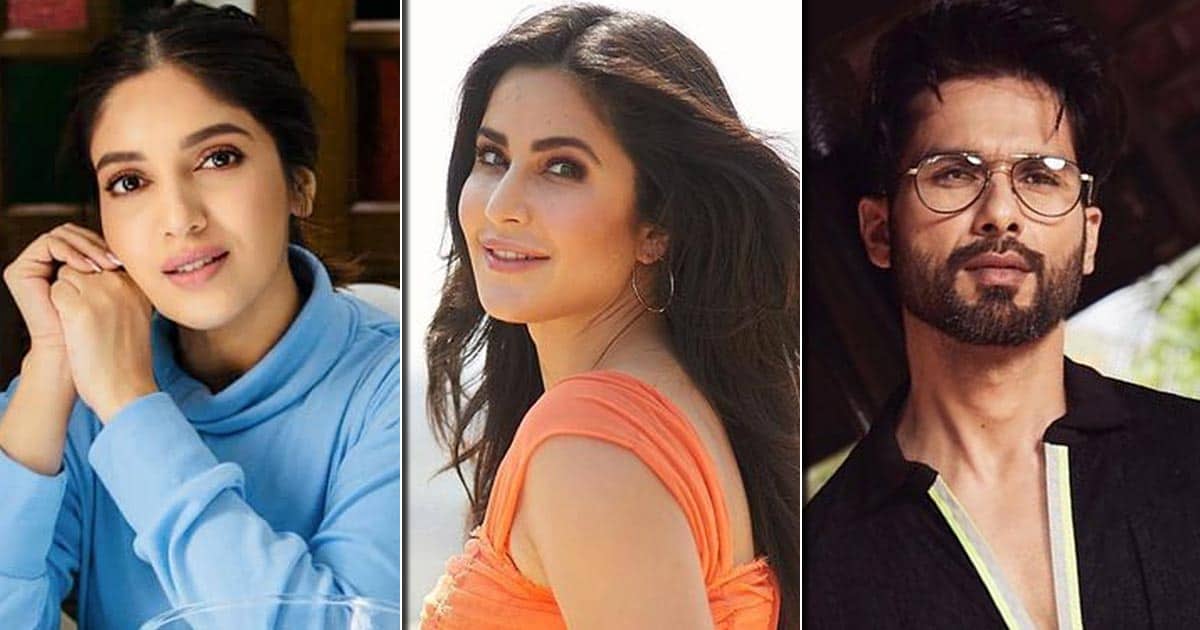 Katrina Kaif is currently in the news for her ‘rumoured’ upcoming marriage to Vicky Kaushal. While there is no confirmation of her walking down the aisle, we are now hearing news about her next.

As per reports coming in now, Ms. Kaif is onboard Ali Abbas Zafar’s Netflix film starring Shahid Kapoor in the lead. A source close to the development revealed that Katrina even visited Abu Dhabi (where filming is currently underway). While details about her role in the flick are still under wraps, read on to know what the source had to say.

For those who do not know, earlier this month news that Bhumi Pednekar had been offered a role in this Shahid Kapoor starrer made the news. The actress was reportedly offered the role of Shahid’s wife. It’s to be seen now if Katrina Kaif is filling in the same shoes or being offered another gig.

As reported by Pinkvilla, a trade source opened up about Katrina Kaif joining Ali Abbas Zafar’s next starring Shahid Kapoor. This insider said, “It’s all very hush-hush with Ali and his crew at the moment. While Shahid started shooting for the crime drama last week, this week Katrina’s body double was seen rehearsing with a South African crew at the Emirates. Full on gun firing.”

Continuing further, the source added, “Katrina Kaif’s duplicate and the film unit are rehearsing at the Emirates Palace Hotel in Abu Dhabi. It’s an action scene at a casino where a shootout takes place between mobsters, drug dealers and cops.”

Speaking about the Ali Abbas Zafar directorial, the insider said, “The movie is said to be an official adaptation of the French movie Nuit Blanche (Sleepless Night) revolving around two cops who plan to rob a shipment of cocaine. In the process, they come up against an investigator, who is part of another law enforcement agency that looks into incidents of professional misconduct of police officers. Shahid is said to play the main lead and is one of the cops who plans the robbery. He is also estranged from his wife and has a teenaged son who gets kidnapped by the mobster whom Shahid and his partner plan to rob.”

Information regarding exactly what role Katrina Kaif is playing is unknown at the moment. The trade source stated that Katrina could play the Internal Affairs officer who is investigating Shahid or his wife. Stating that the actress flew to Abu Dhabi tonight, the source adds, “If she plays Shahid’s wife it’s possible it will be Katrina’s cameo in the movie and she appears as Ali Abba’s lucky mascot. We know that Katrina’s scenes involve lots of action and that’s why her duplicate was seen rehearsing for the scenes at the Emirates Hotel. She is Ali Abbas’s favorite heroine and one of his closest friends so it is natural that she will be in his next project in some way. Also, he will make sure that Katrina’s star presence is justified in the movie and that she has a meaty role. They were planning to do a superhero movie together this year but that is on hold right now. Katrina is very hard-working and is said to have undergone a 14-day training with South Korean stunt designers for her action scenes in Tiger 3.”

With news of Katrina Kaif’s marriage to Vicky Kaushal making the headlines, the source added, “While it is a start-to-finish schedule, Katrina may return for her marriage in the first week of December. Designer Sabyasachi is said to be designing her wedding lehenga. But if her role is an extensive one and goes on for more than a month, it is to be speculated whether her marriage to Vicky Kaushal will take place at all or not… We can only wait and watch!”

Would you like to see Katrina Kaif star opposite Shahid Kapoor? Let us know in the comments below.