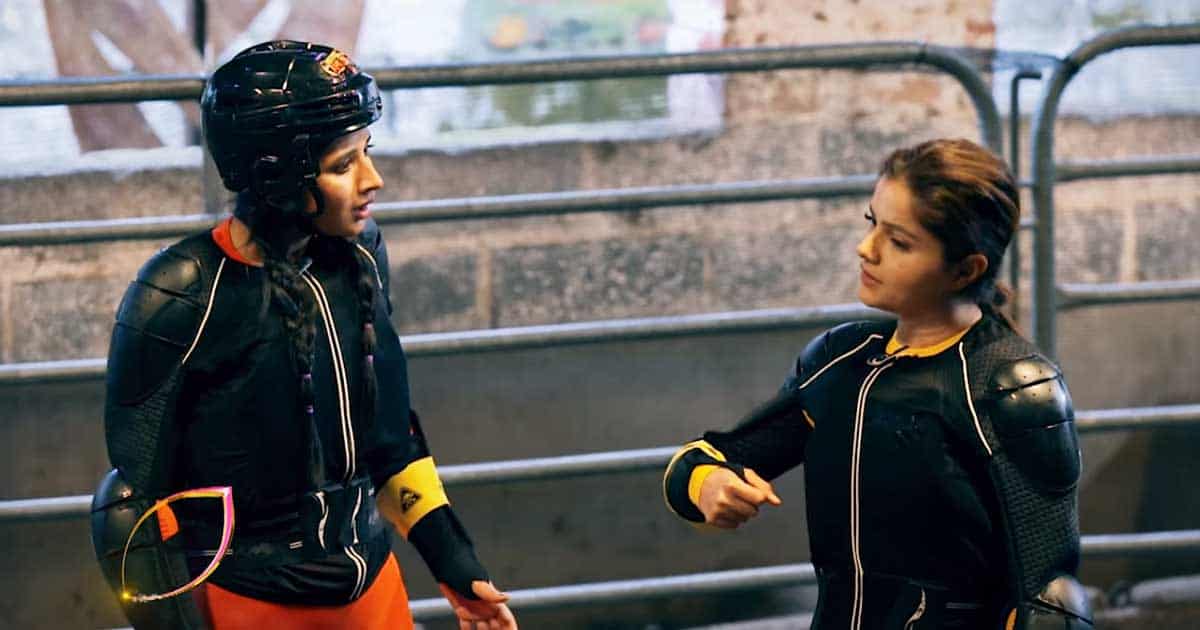 Khatron Ke Khiladi 12 is one of the most followed shows on Indian television currently and no Indian reality show comes without a little bit of drama. Contestants seem to be quite competitive when it comes to tasks and hence, it is only fair for them to get pissed off when they find out that one of them has been cheating even if it is on a small level but not until proven guilty. In a recent promo of the show, Rubina Dilaik can be seen accusing Kanika Mann of using Google for help with a certain task and looks like everyone is divided over the clip.

For the unversed, KKK12 kicked off just a few weeks back and the contestants have already returned home from Cape Town after completely filming the show. There have been several rumours about who deserves to win and the majority seems to stand with Rubina since she already has a well set fanbase on social media. Apart from her, Jannat Zubair and Mr Faisu have also been in the list of fan-favourites so far

In a recent promo released by the channel, Rubina Dilaik can be seen speaking to Kanika Mann and host Rohit Shetty about a task that involves a bunch of Ostrich. She starts off by saying, “dishonesty na mere liye sabse bada turn off hai.”

When Rohit Shetty asks Rubina Dilaik what has happened, she says, “Sir hum change kar rahe the and wo phone bajne laga. Sir maine search history kholi. ‘how to call an ostrich’, ‘how to tame an ostrich’…it is a disappointment!”

Kanika Mann, on the other hand, denies all allegations and even seems shocked about all that is being said about her. She first says that it was not her phone then claims that she does not even know the meaning of the word tame. The clip is now leaving the fans quite confused as to who is right. Have a look.

Tune in to Koimoi for more on television

Must Read: Bigg Boss 16 Is Coming Soon! Salman Khan Is All Set To Shoot The Promo, Here’s When He’s Going To Do It!