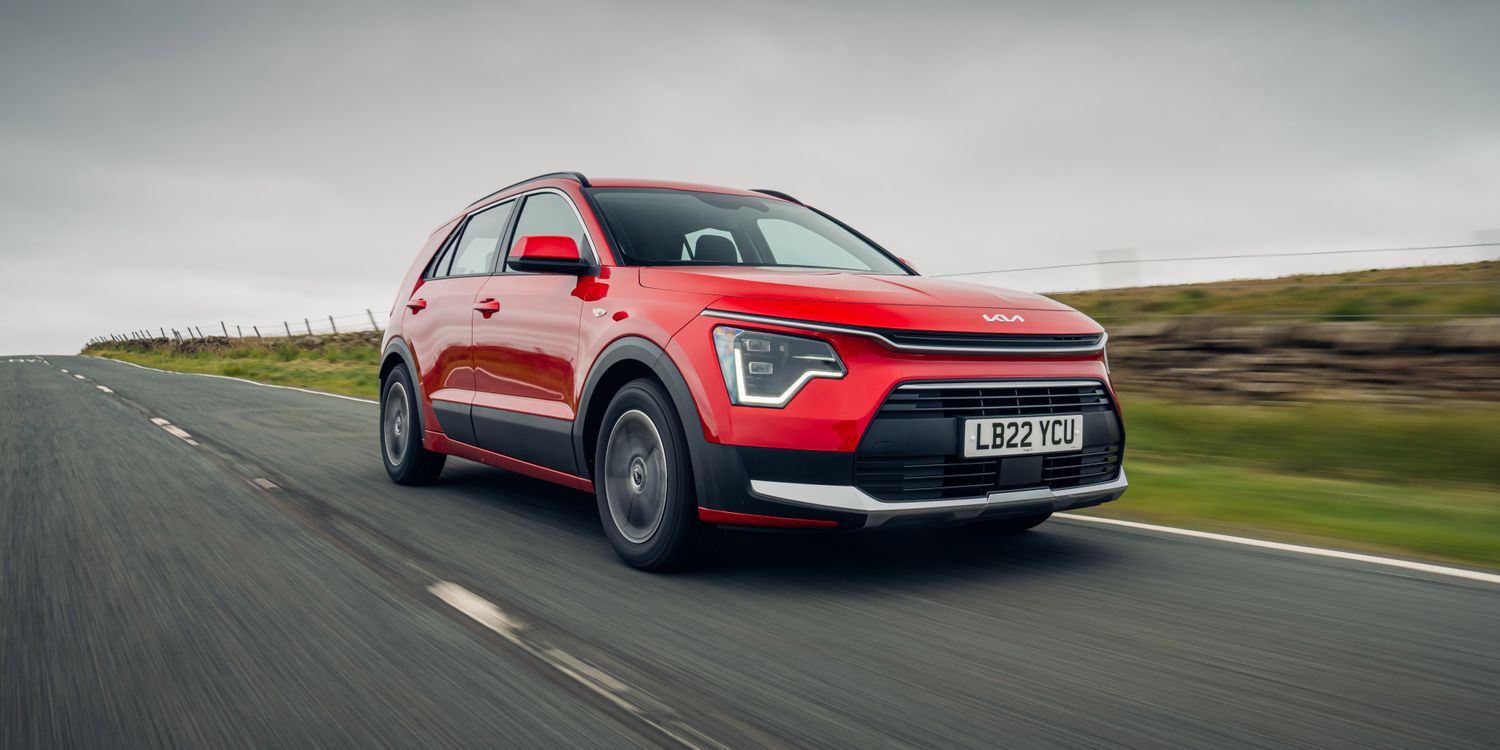 Kia’s unassuming first-generation Niro small SUV proved a hit thanks to its all-round versatility and choice of electrified drivetrains. Given its success, it’s no surprise that Kia has done the same thing the second time around. Is this enough to keep it contention? And are there drawbacks to the full-hybrid version’s lack of extended electric driving range? Find out in our Kia Niro Hybrid first drive review.

Note that this review is based on our initial drive of the Kia Niro Hybrid. Our full review and verdict (complete with the car’s overall score, plus scores for safety, reliability and more) will be available to Which? members once all our extensive lab and road tests are complete.

Looking to buy a hybrid car that’s been through all our tests? View our pick of the best hybrid cars for 2022

What is the Kia Niro Hybrid?

While the brand’s focus will be on the Niro EV, especially as Kia expects that model to be its best-seller, there are other Niro options that might be a better fit for you. The Kia Niro PHEV, a plug-in hybrid, offers some electric benefits plus the security of a petrol engine. This model, the Kia Niro Hybrid, has a smaller electric motor alongside its petrol engine. It’s powered by a tiny battery pack that boosts economy without the extra expense (and bulk) of a plug-in model.

Watch: what is a hybrid car?

The 1.6-litre engine under the bonnet produces 105hp, and that’s joined by a 44hp electric motor. A 1.32kWh battery pack feeds the motor, which provides only a handful of miles under electric power – but that’s not how it’s intended to work. Instead, the motor and engine work together – sometimes favouring electric power, sometimes petrol – providing propulsion using the most efficient combination available.

There’s some familiarity with the design, as Kia has taken the ‘tiger face’ front end of the latest Kia Sorento and refined it to fit the Niro’s smaller form. The angular grille is bookended with bold LED daytime running lights; rear lights are vertically mounted ‘boomerang’ units set wide at the car’s extremes. A contrasting panel stands proud along the side, covering the rear-most pillar and performing some efficiency-improving aerodynamic work. You can have it coloured in a range of distinctive shades to add personal style.

The Kia Niro Hybrid starts at £27,745 for a 2 specification model. That’s £5,780 less than the plug-in hybrid, and £8,500 less than the pure-electric Niro EV. And you won’t be adding to the price tag with a long list of options – the only choice is a premium paint colour.

The engine and electric motor combine to produce just 139hp – for a car weighing 1.5 tonnes, this isn’t a recipe for outstanding performance. According to Kia, a 0-62mph dash can be dispatched in 10.8 seconds. While that’s clearly enough to keep up with modern traffic, it doesn’t mask how tedious the car feels when pushed.

The 1.6-litre petrol engine whines and moans when pushed hard, making swift progress anything but pleasurable – the extra oomph provided by the 180hp plug-in hybrid is definitely noticeable. However, it’s nicely muted and subdued when it’s not under strain.

The light steering is a pleasure to use in urban areas, but doesn’t lend itself to motorway driving. Likewise, the handling is soft and comfortable, which works well in town, but isn’t ideal on a twisty country road.

It’s refreshing not to have a car that promises to be sporty, aggressive and noisy. Instead, the Niro gets on with the task at hand. In our first drives with the car, we found it pootled around nicely, without any concern for proving its mettle against more showy rivals.

There is, however, one area where Kia could be accused of going a little showy itself, with the manufacturer opting for a digital experience for the cabin. Higher-spec models have a pair of 10.25-inch screens – one for the driver’s instruments, the other for the infotainment centre. The software is fine, if unexceptional, with everything clearly laid out, although we found its response touch controls can lag behind.

Beneath the screens, a horizontal bar blends digital and analogue controls in a visually impressive way, but usability suffers. Borrowed from the Kia EV6, the panel controls high-level features such as heating and ventilation or audio controls, with touch-sensitive buttons for each option. However, you need to flick between one set of controls and another, which adds complication and distracts from driving.

How reliable is the Kia Niro Hybrid?

This generation of Niro Hybrid is currently too new for us to accurately assess its reliability. However, we have gathered enough feedback from Kia owners to rate the dependability of the brand overall.

To read more, head to our guide to the most reliable car brands.

Looking to sell your current car? It might be worth more than you think. Discover the best way to sell a car

How spacious is the Kia Niro Hybrid?

At the most basic level, this car isn’t that different from many of its rivals. It’s a conventional model that marries useful amounts of space with easy-to-drive manners and impressive refinement. It’s about the same size as the Nissan Qashqai or Peugeot 3008, and offers a similar amount of space.

That said, the rear of the Niro does feel particularly spacious. We’ll need to get it into our lab to say definitively how much room you’ve got, but a pair of six-foot adults won’t find any issues with the rear seats.

Every Niro variant has a different sized boot, thanks to the need to hide (or not) electric motors and battery packs. The Hybrid falls in the middle of the trio, with a boot that can take 451 litres of luggage. That’s 24 litres less than the EV model, but a significant 93 litres more than the plug-in hybrid model can swallow. It’s still a little shy of the Nissan Qashqai’s boot but is competitive in the class.

The cargo area can be extended by folding down the rear seat, increasing the volume available to 1,445 litres, according to Kia.

How economical is the Kia Niro Hybrid?

With just a small battery pack to support the engine and motor, you might not expect huge savings from the Niro Hybrid. But according to WLTP testing, it’ll return 60.1 mpg – a solid result and comparable to many similarly sized models powered by diesel engines.

In our first drive testing, the car’s onboard computer showed a rather disappointing 37.3mpg. That did include some high-speed driving on an unrestricted section of autobahn, which won’t have helped, but it’s still a rather low result.

We look forward to putting the Niro Hybrid through our lab tests so that we can report a definitive figure.

How safe is the Kia Niro Hybrid?

While this latest Niro is yet to be tested by Euro NCAP, Kia’s cars have an array of safety technology.

Opt for the higher spec 3 or 4 model and the Niro Hybrid comes with Highway Driving Assist. This is Kia’s next step towards autonomous driving, and works as an advanced cruise control system on the motorway. Using cameras and radar devices dotted around the car, the software keeps the Niro centred in the lane and away from other vehicles. It registers speed limit changes, and can even change lanes when requested at a flick of the indicator.

Is there anything I should know about the Kia Niro Hybrid?

While the Niro sits on an entirely new platform, the Hyundai-Kia K3, there’s not much new about what’s bolted on to it. That means you’ve got the same engine as the previous model, with the same software and features you’ll find in countless other Kia cars.

Familiarity is no bad thing though – and makes the Niro a cinch to operate. The learning curve for the myriad systems you find in the car is shallow, so you can get going quickly and feel comfortable in the environment.

Only the horizontal touch controls under the infotainment screen need any particular attention, but even that can be reduced by programming a shortcut button on the steering wheel.

We enjoyed our initial drives with the Kia Niro EV and appreciate the benefits of the Kia Niro Plug-In Hybrid, but the Hybrid version we’ve tested here is somewhat harder to like. The engine is a little too raucous at times and doesn’t balance that with a surfeit of power, while the handling and ride are distinctly average.

Without the benefits of the impressive electrification of the PHEV and EV models, the Niro Hybrid goes up against a huge number of talented rivals. See our guide to the best hybrids to find out which these are.

Don’t forget, this verdict is based on our initial driving experiences. As always, we reserve final judgement on a car until it’s been through our extensive lab and road tests.

To be among the first to know when our full Kia Niro Hybrid review is live, get the Cars newsletter – it’s free monthly.