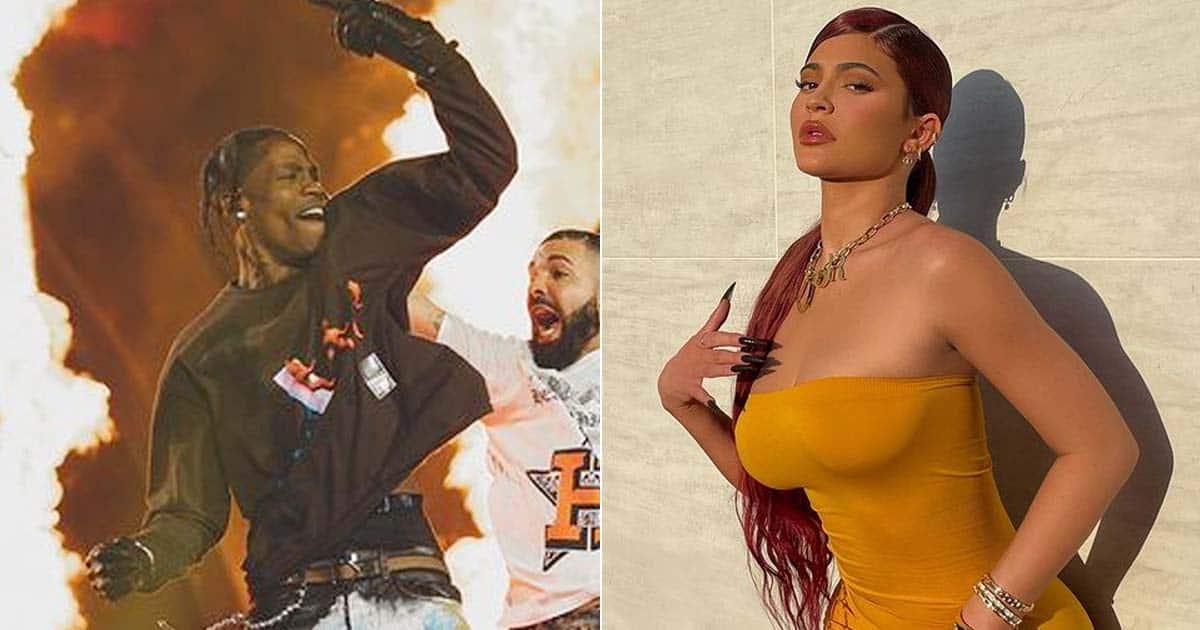 Kylie Jenner is one of the most active social media users ever and she enjoys a huge fan following across the globe for her unique and up-to-date posts. The Instagram model has lately been MIA from all social media handles and it seems like the break has a lot to do with the recent Astroworld tragedy. Kylie Jenner was also in the news a few days back when a promotional video was dropped on the KENDALL+KYLIE page, featuring both the Jenner sisters in their latest collection. Fans were quick to call out the sister duo for lack of sensitivity and obliviousness as the post was made within days after the stampede.

For the unversed, Kylie attended the Astroworld concert which is owned by her boyfriend and baby daddy Travis Scott. She had mentioned in an official statement earlier that she was devastated about the stampede and a few reports now revealed that she has been spending time with her family in LA. The tragedy had killed close to 10 people and hundreds were injured as the crowd went wild amidst Travis’ live set.

Kylie Jenner is usually quite active on social media around Halloween and Christmas, launching festive-special products which sell out within minutes. The KUWTK star also shares numerous updates about Black Friday sales, around this time, every year but since she has been on a proper social media hiatus, looks like Kylie Cosmetics will not have any new launches or sales this festive season.

Last year, the social media star had dropped a Grinch special collection which took the entire internet by storm with its creative packaging and unique shades.

A source close to The Sun recently revealed details about KylieJenner’s whereabouts and said, “Kylie wants to keep her and Stormi out of the spotlight at the minute and is completely avoiding her main compound, she’s mostly been staying with family.” She recently shifted to her LA mansion from Travis Scott’s home in Houston.

Since Kylie has been pregnant with their second child, she has reportedly been trying to keep away from the limelight. The source said, “It’s a really difficult time for her, especially being pregnant. She just wants time to process what happened at Astroworld and privately support Travis who is extremely upset.”.

A report by Capital FM also suggests that Kylie Jenner could lose millions due to negative press attention following the Astroworld tragedy. This could be one of the reasons why she decided to take some time off social media as well.