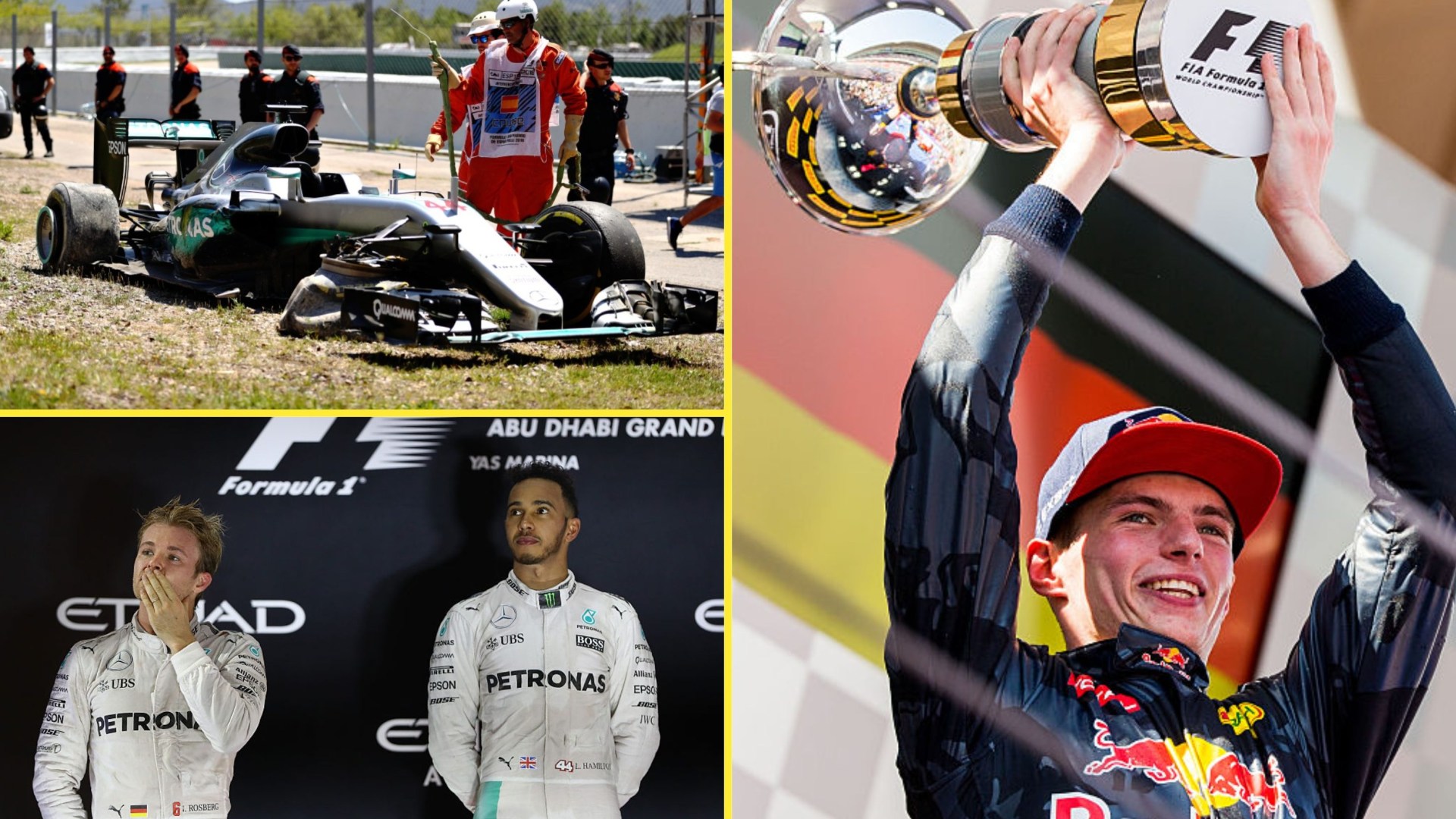 It may be hard to believe after the 2021 all-time classic against Max Verstappen, but Lewis Hamilton has had nastier rivalries in Formula 1, in fact far nastier.

The 2016 title fight between Hamilton and Mercedes teammate Nico Rosberg may not be able to match last year in wheel-to-wheel racing, but it certainly competes in crashes.

The two childhood friends had seen their relationship thaw since becoming teammates 2013, with a number of flashpoints as good as ending any respect throughout 2014 and 2015.

Those two years coincided with the start of the turbo-hybrid engine era, which Mercedes perfected, leaving the rest of the grid in their dust, and Hamilton and Rosberg alone up front.

The British driver took the two first titles with relative ease from his German teammate, but that didn’t stop him from taking things ‘too far,’ embarrassing the other side of the garage into submission.

The most famous incident came at the 2015 United States Grand Prix when Hamilton forced Rosberg off track heading back down the hill out of turn one, securing him the race win and the world title with three races to spare.

“Lewis was too aggressive today,” Rosberg said. “One step too far so that’s not okay.”

Unfortunately for the now 37-year-old, he’d also awakened a beast, with Rosberg winning the next seven races into the following year, collecting a 43-point lead in the next campaign.

That streak ended though when Hamilton took pole in Spain, where F1 heads this weekend, and looked set for his fightback.

Into turn one Rosberg pulled off a stunning move round the outside of the reigning world champion, heading up the hill towards turn four, where Hamilton pounced back.

Rosberg was having none of it, and forced his teammate onto the grass as he tried to pass, with the Brit losing control, spinning, and wiping out the race leader in the most spectacular of circumstances.

With two heaps of silver in the gravel, Mercedes’ autopsy began, with chairman and three-time champion Nikki Lauda fuming.

“It is stupid, we could’ve won this race,” Lauda said. “Lewis is too aggressive. I need to talk to them and hear their explanation and then we will see what happens.”

Team principal Toto Wolff refused to apportion blame, and so did the race stewards, with Hamilton later apologising, but not admitting fault.

The duo held clear-the-air talks ahead of the next race with Hamilton saying the respect was still there, but it didn’t last long.

“We stood and spoke to each other today and there are no problems,” he said.

“In the past there would have been tension but now it was pure respect. I said ‘l still have respect for you’ and he said the same, I guess we’re just getting old.”

Hamilton won the following two races while Rosberg was down in seventh and fifth, but the challenger regrouped, fought back, and claimed his first and only world title.

The German retired out of exhaustion hours after claiming the championship in the final round in Abu Dhabi, dethroning a driver who is now statistically the best of all time.

But for Hamilton, he hadn’t just awakened one monster, but two, with the man to capitalise on the Spanish disaster now a household name.

The double retirement meant a non-Mercedes would win a race for the first time in 10 Grand Prix, and the man, or more accurately, boy, who took the victory, was Verstappen.

Doing so in his first race for Red Bull since being promoted from junior team Toro Rosso, the 18-year-old broke numerous records as the sport’s youngest winner and podium finisher, setting the world alight as a certain future champion.

That Barcelona weekend brought one of the Dutchman’s highest points in F1, and one of Hamilton’s biggest lows, showing a rare level of frustration as he sat in his cockpit with his head in his hands before throwing his steering wheel away in anger.

Six years on and the emotion is surprisingly similar. Champion Verstappen is on a wave of momentum as he chops away at Charles Leclerc’s 19-point title lead, while Hamilton has only been on the podium once, and is 23 points behind teammate George Russell.

Verstappen and Leclerc’s relationship is also striking similar tones to Hamilton vs Rosberg, with the pair’s so far respectful rivalry dating back to their karting days as kids.

In 2022 the Red Bull and Ferrari contenders remained more than generous in wheel-to-wheel combat, but that could well end heading into turn four in Barcelona.