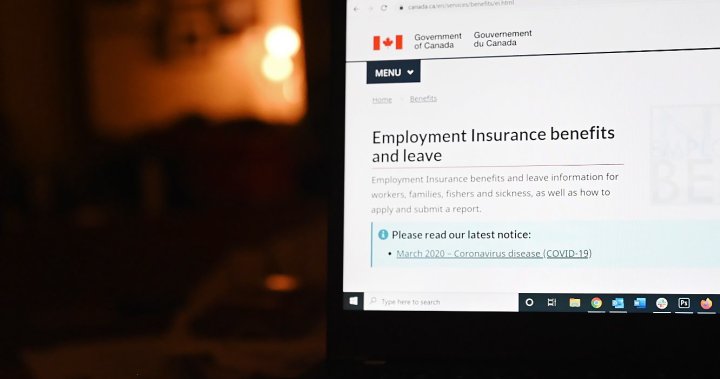 The head of the Canadian Labour Congress says the federal Liberals are leaving still-hurting workers out in the cold by providing a benefit few, if any, will be able to use.

Bea Bruske says the organization would have preferred to see a continuation of now-defunct recovery benefits for many workers who are still struggling rather than one that will only go to those affected by a lockdown.

She says no jurisdiction is under lockdown, adding that some jurisdictions might hesitate to bring one in.

Legislation introduced Wednesday in the House of Commons would, if passed, create the $300-a-week benefit for workers who find themselves off the job because of a pandemic-related lockdown between now and spring 2022.

Cabinet would decide which regions are considered in lockdown, defined as an order for businesses to close and workers to stay home for at least 14 straight days.

“We know that workers are still struggling and still suffering,” Bruske said Thursday.

“The lockdown benefit is not going to help them when we have multiple provinces and jurisdictions who are extremely hesitant to put lockdowns in place, even when the numbers are high and there would be a value or a benefit in doing so.”

After unveiling the measures Wednesday, Finance Minister Chrystia Freeland said she hoped that the benefit wouldn’t be necessary, emphasizing the need for Canadians to get vaccinated against COVID-19 and follow public health rules.

Still, she pointed to Europe, where France entered a fifth wave of COVID-19 earlier this year, as a warning about a possible revival of the virus her in Canada.

“It’s important for all of us in Parliament to work together to be sure that we have the tools to provide necessary support in the event of an unpredictable situation,” Freeland told reporters late Wednesday.

The Liberals say a targeted benefit, rather than a broad income-support measure, is needed now to help an economy that has rebounded well from the depths of the economic decline last year but still has pockets of weakness.

Employment has rebounded to pre-pandemic levels, although it lags in sectors like food services.

At the same time, the latest figures on job vacancies by Statistics Canada showed there were more than one million openings at the start of September.

The agency said in its report Thursday that increased job vacancies could be a sign of more hiring, labour shortages, or changes in workers’ willingness to accept the wages, benefits or conditions of a particular job.

Meanwhile, the unemployment rate remains elevated, even at a pandemic-era low of 6.7 per cent in October, with about 380,000 people out of a job for six months or more.

Bruske said the government has brushed off her overtures to not pivot just yet from a broader safety net, noting that not all workers have been able to get back on the job or work their usual, pre-pandemic hours.

She pointed to hotel workers who would normally staff holiday-related functions that won’t be happening again this year because of COVID-19.

“It’s fine to say yes, they’re back at work, because there are some functions starting to take place, but they’re certainly not anywhere near full employment yet,” Bruske said.

Bruske said concerns about the proposed benefit are among the top issues she and other labour leaders expect to raise during planned lobbying meetings with MPs next week.