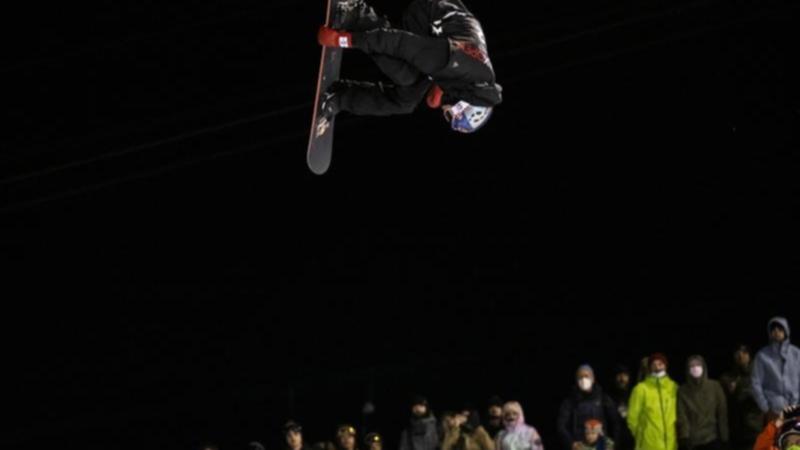 James, who was Australia’s flag-bearer at the 2018 Winter Olympics where he won a bronze medal in halfpipe, looked in peak form in the early stages of the World Cup in Laax, Switzerland.

The 27-year-old topped qualifying but then was unable to put down a clean run in the final, finishing 11th which was his worst result since 2016.

James said he was still stewing about his uncharacteristic performance.

“Not best start to the season, not the start I was hoping for – unfortunately I wasn’t able to land a run last night which I was pretty livid about, and I still am if I’m honest,” James said on his Instagram story on Monday.

“I was pretty disappointed with the outcome.”

With the Beijing Olympics starting in less than three weeks James is looking for a big result at the X Games in Aspen this weekend.

A massive event on the snowboard calender, James finished second in the halfpipe at the X Games last year.

“I’m calling this week redemption week because I have an opportunity in Aspen for X Games,” he said.

‘I’m feeling good and ready to get back into it.”

The 24-year-old’s selection comes after an impressive first World Cup season, finishing ranked 11th in the world in the 1000m.

Corey reached his first A-final with a top-five performance in the November World Cup meet in Dordrech, Netherlands.

He will compete in both the 1000m and 500m events in Beijing, held at the Capital Indoor Stadium, which hosted the Volleyball competition at Beijing 2008.

Etched into Australian folklore by Stephen Bradbury’s gold medal at the 2002 Olympics, Australia hasn’t competed in the 1000m event since Vancouver 2010.

Corey said Olympic selection was the realisation of a lifelong dream.

“Since I was a little boy, when I first started skating, I always looked to the Olympics as the goal,” said Corey, whose Australian-born mother met his father in Canada while on university exchange.

“My parents are just so happy for me, they’re definitely cheering on Team Australia.

“They’ve known this is something I’ve wanted to accomplish since I was really young … they’re very proud.”