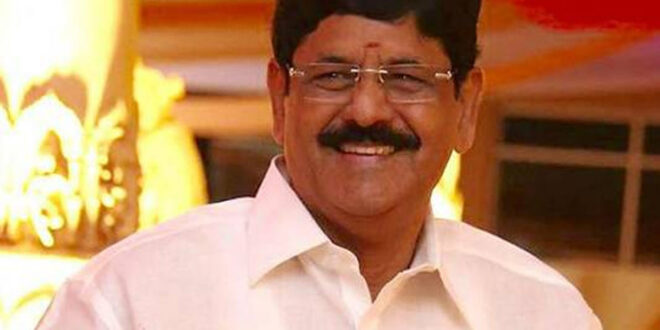 In the recent past many YCP MLAs and leaders are making controversial comments and making it to headlines. MLA Anam Ramanarayana Reddy is one among them and yet again his comments grabbed the attention and turned into debate in no time.

“Naxalism and terrorism are brought under control in AP but the worrisome is local mafia. It still exists and needs to be treated with utmost severity. I’m shocked that a few policemen have joined hands with the local mafia,” said Anam.

The YCP MLA further added that people reach police for justice but if the same men in uniform work for local mafia, there is no safety for common man. In order to strengthen the system, the blots should be removed.

But the ruling party MLA covered up his comments that the mafia was active during the previous governments and is doing the same in the current government too.

What made MLA Anam to comment so? Whom did he target with his comments? Probably Anam should open more about ‘Local Mafia’ comments so that the AP police would deal with them.