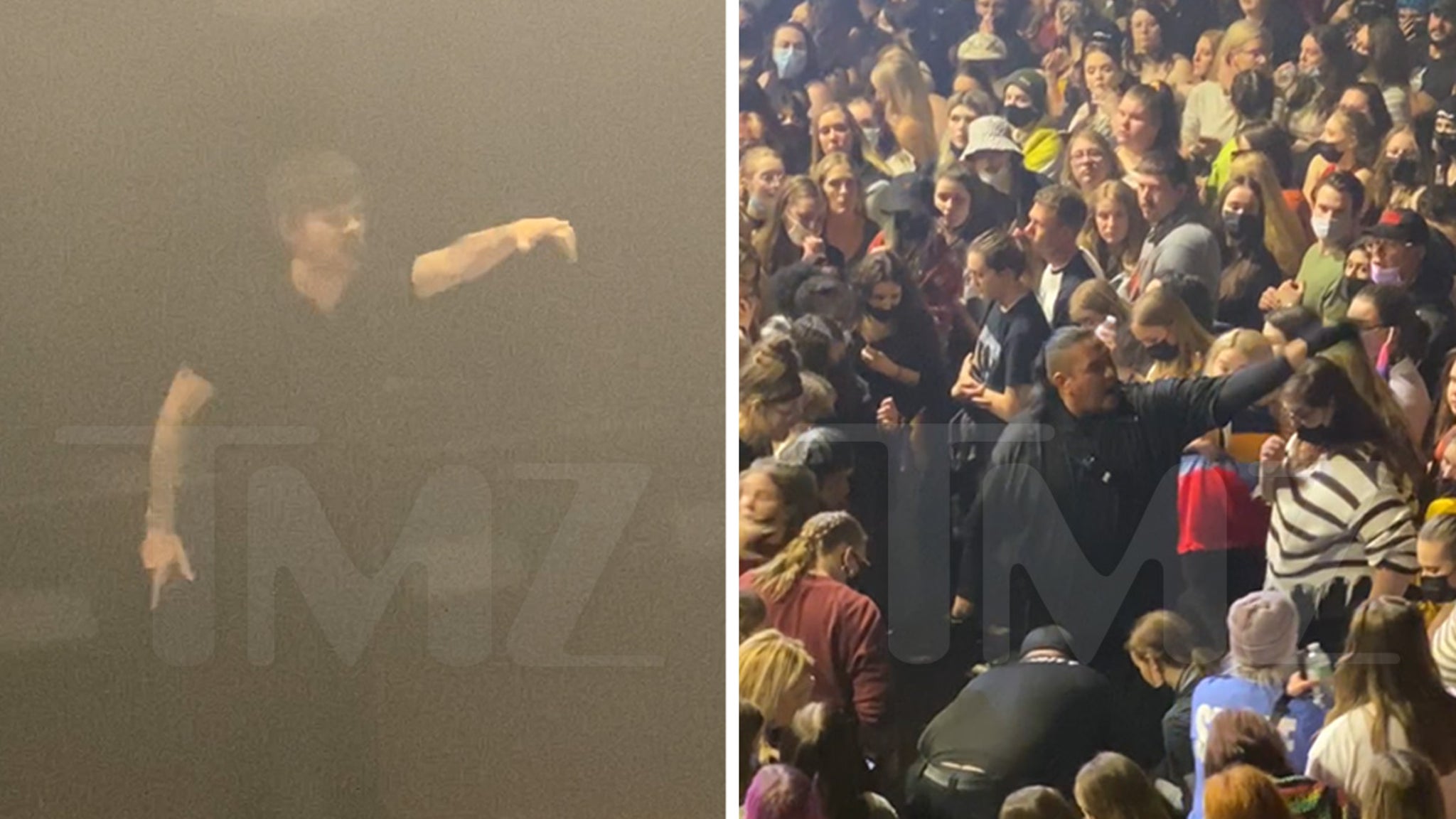 Louis Tomlinson is ready and willing to pump the brakes on his live shows if one of his fans goes down, and after a Minneapolis show … it’s evident his security is also ready to react quickly.

The former One Direction member put on a sold-out show Thursday night, and as he neared the end of the show — singing his hit, “Walls” — he looked into the standing-room-only audience, stopped the song abruptly and then called out on the mic for help.

As security guards rushed over to a female fan in distress, Louis urged the crowd to let them get through. He and the guards yelled, “Make a hole” … and then LT waited calmly onstage to let the responders do their job.

When security began taking her out of the theater, Louis decided to bring the lights up and take 5. Fans around the incident quickly cooperated and made a clear path to the doors.

This latest incident seals it … artists are definitely more attentive to audience members who are sick or injured. Of course, Billie Eilish did it weeks ago at a show in Atlanta, giving the whole crowd a chance to relax, sit down and take a step back from the stage.

Billie even passed her inhaler to a fan in need a few weeks ago … saying she likes to guarantee her fans are safe at her shows. John Mayer also slowed things down for a fan during an L.A. gig.

As we reported … some people, most notably Kanye West, took Billie’s comments as a dig at Travis Scott, whose Astroworld event ended with the death of 10 people, including children.

After his fan was escorted out of the building, Louis returned to the stage and completed the show. Witnesses say he was helpful throughout the ordeal … aka, the new normal.