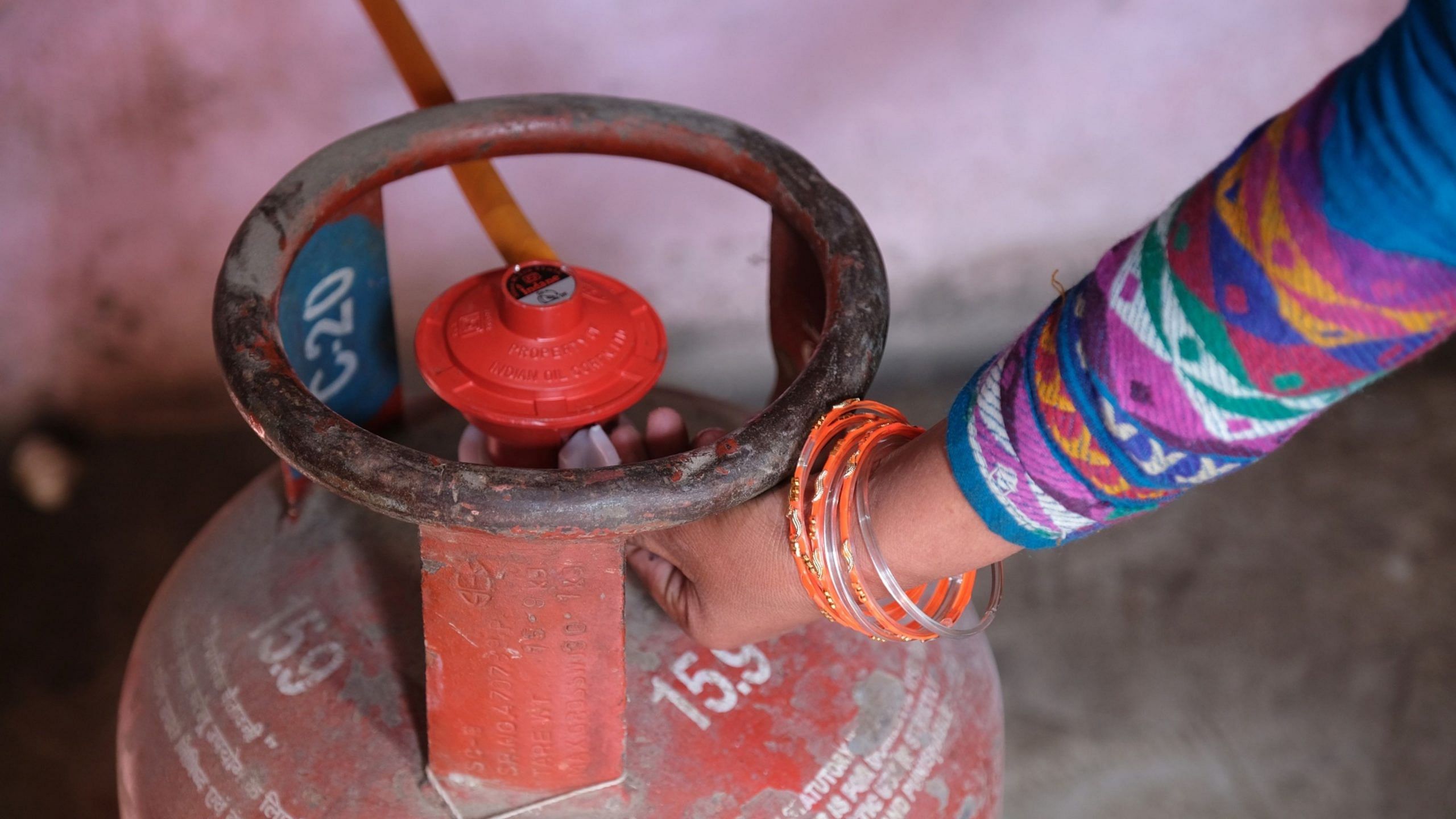 
New Delhi: Domestic cooking gas LPG price on Wednesday was increased by Rs 25 per cylinder – the second straight month of increase in rates.

Opposition Congress hit out at the government over the hike in prices, accusing it of being insensitive and distorting the budget of every household.

Subsidised LPG now costs Rs 859 per 14.2-kg cylinder in Delhi, according to a price notification of oil companies.

This is the second straight month of a price increase. Rates were hiked by Rs 25.50 per cylinder on July 1.

Non-subsidised LPG rates were increased on August 1 by the same proportion, and now the subsidised cooking gas prices have been raised.

There is hardly any difference in the rate of subsidised and non-subsidised cooking gas.

Industry sources said the subsidised LPG price was not raised on August 1 because Parliament was in session and the government could have been attacked by the opposition.

The latest increase in subsidised LPG price now has taken the cumulative rate hike since January 1 to Rs 165 per cylinder.

The government eliminated subsidies on LPG by raising rates every month. These monthly increases led to the elimination of subsidies by May 2020.

Meanwhile, diesel prices were cut by 19 to 21 paise across the country, while petrol prices remained unchanged, according to the price notification.

This is the first change in price in over a month. Petrol continues to remain unchanged at Rs 101.84 a litre in Delhi.

Also read: Fights at water taps, no LPG, no net – My grandparents’ village inspires me to go on

Congress spokesperson Supriya Shrinate urged the government to bring down prices of LPG cylinders to provide relief to the common people in the country.

At a press conference, the party also displayed empty LPG cylinders and ‘chulhas’ to highlight the issue of steep LPG prices.

She said the government has initiated a very steep hike on LPG cylinders by raising it by Rs 25 per cylinder, which is now being sold at Rs 860 per cylinder in Delhi and is touching almost Rs 1000 in various parts of the country.

“Our one and only demand is please bring some respite to people, think about the plight of people and bring down prices of LPG cylinders. This is anti-women and anti-people and due to high prices people are forced to go back to using cow dung and firewood,” she told reporters.

“We do hope that an insensitive government intoxicated on power will pay some attention and bring some respite to people. This is absolutely immoral and there is no word to describe this,” she said.

Shrinate said as per Saudi Aramco, which decides on prices of gas, the price actually comes to Rs 600 but why are we paying Rs 260 more.

In the last eight or nine months alone, prices of LPG cylinders have gone up by Rs 265, which is almost 44 percent, she said.

She also alleged that the government is not paying any subsidy on LPG cylinders and there is no difference between the market and controlled prices.

On the much-touted Ujjwala Yojna, she said the reality is that beneficiaries of the scheme cannot afford a cylinder at Rs 800 at a time when 97 per cent of people are earning less than what they were three years back and 23 crore people have gone below the poverty line.

“At what stage will the government realise that during the economic crisis, when people have lost jobs and their wages have gone down and when people are looking for employment opportunities, they should not distort their home budgets,” she said.

“On July 1, Modi ji’s government increased the price of LPG by Rs 25 and on August 17 again increased it by Rs 25. By showing the dream of Ujjwala, the ‘collection scheme’ of the BJP government is flourishing by increasing the prices of LPG every month,” she said in a tweet in Hindi.

Congress leader Alka Lamba said women in the national capital are buying ‘chulhas’ from old Delhi and what would they be doing in other parts of the country.

It would be better if 11 women ministers meet Prime minister Modi and tell him to bring down prices of LPG, she said, alleging that the government is trying to divert the attention of the people by raising non-issues.

Delhi Congress chief Amrita Dhawan said the prime minister should resign if he is unable to control prices of LPG.