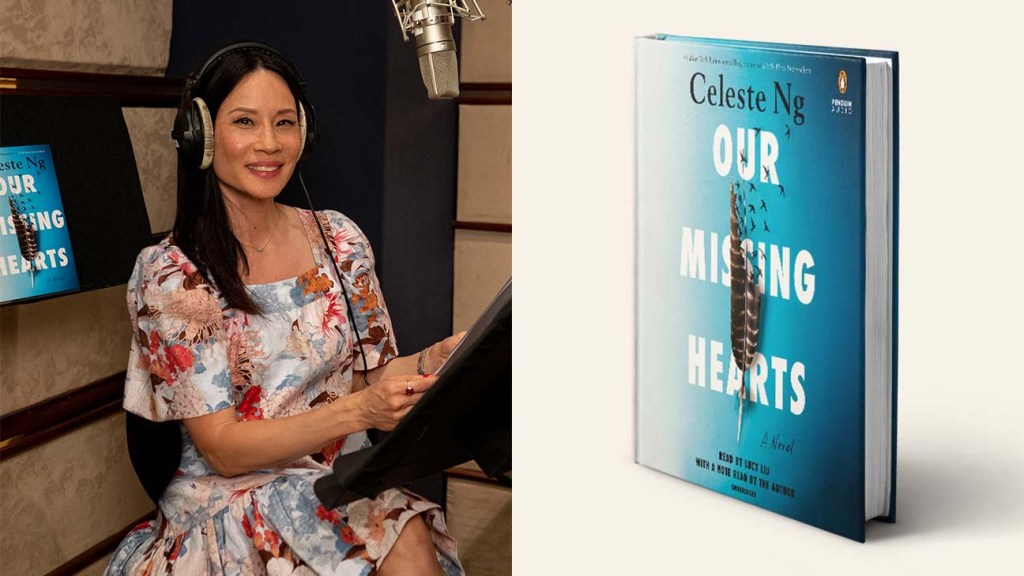 Lucy Liu is set to lend her voice for her first solo audiobook performance.

Our Missing Hearts, set to release on Oct. 4, tells the story of 12-year-old Bird, whose mother, Margaret, a Chinese American poet, left the family when he was nine years old. While growing up, Bird and his father’s lives “have been governed by laws written to preserve ‘American culture’ in the wake of years of economic instability and violence.” In order to preserve that culture, authorities are allowed to relocate children of dissidents, especially those of Asian origin, and libraries have also been forced to remove “unpatriotic” books, including the work of Bird’s mother.

Liu said in a statement: “Celeste is such a beautiful writer. When I was asked if I would narrate her new novel, I was incredibly excited. She worked on Our Missing Hearts for seven years and it is spectacularly written and absolute poetry. Narrating a book in its entirety is a big task because you delve into the process of what the author is trying to express through the characters and through the story. I hope listeners understand the impact of Celeste’s words about discrimination, racism, separating children from their families and the impact it has on humanity.”

“Lucy Liu is a talented actor I’ve watched and admired for years, so I’m thrilled and honored that she’ll be recording the audiobook of Our Missing Hearts. And I think that as an Asian American woman and a parent, she’ll bring a particular personal connection to the novel, which is deeply personal for me as well,” said Ng.

Our Missing Hearts may mark Liu’s first audiobook performance but the actress has also lent her voice and starred in a myriad of animated series and films, including the Disney+ series Star Wars: Visions, Kung Fu Panda, The Tale of Princess Kaguya, and Tinker Bell and the Legend of the Neverbeast.

Our Missing Hearts is Ng’s third novel. Her bestselling novel Little Fires Everywhere was adapted into a Hulu miniseries and starred Reese Witherspoon and Kerry Washington. Ng served as producer on the series.