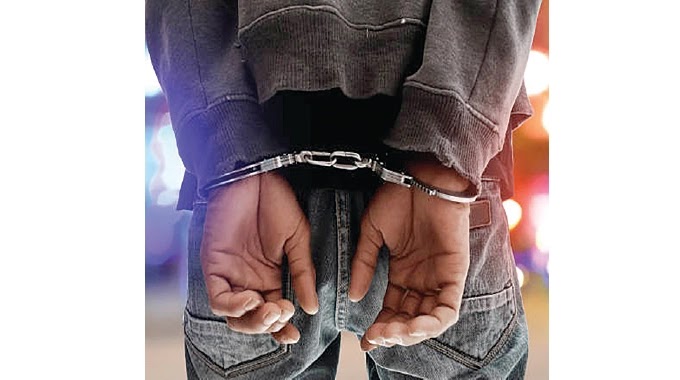 A man from Tshabalala suburb has been arrested for raping
his younger sister on several occasions at his home.

The 35-year-old sexual attacker stays together with his
16-year-old younger sister and his wife.

A family insider revealed the issue to B-Metro.

The accused man’s wife is a flea market vendor and most of
the time she goes to order stock in South Africa and her husband would remain
with his younger sister and their children, said the family inside.

He committed the attacks while his wife was away.

At first the sex freak stormed into the bathroom while his
younger sister was bathing and watched her.

He told her that he liked her body but his younger sister
frowned upon that sly comment.

Time after time he would pounce on her while watching TV in
the living room and accuse her of engaging in sex with her boyfriends and would
say that was the reason behind her poor performance at school.

The alleged sexual attacker would come home during the
night from a booze and request her to give him his food. It is said he would
grope her breasts and buttocks and after that rape her.

On some occasions he would find her watching TV with his
children and would order the children to retire to bed while he remained with
her.

He would once again accuse her of having too many
boyfriends and would slap her before pinning her to the ground.

He would not stop at that as he would rape her, said the
family insider.

However, last week on Thursday he found her in the kitchen
and grabbed her before groping her.

The minor managed to free herself from his tight grip and
told his wife.

His wife did not accept that as she rushed to Tshabalala
Police Station and reported the incident leading to his arrest.

Bulawayo police spokesperson Inspector Abednico Ncube
confirmed the incident and advised rape victims to report early so that they
get post-exposure prophylaxis. B Metro