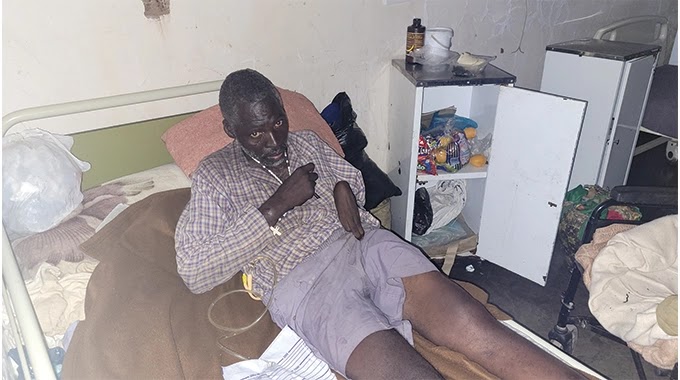 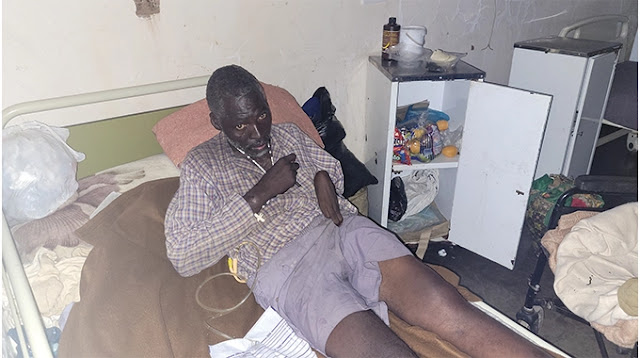 Mr Nkomichi James Dube (55) who was involved in a freak
accident in Hwange, has been admitted at Binga District Hospital for the past
11 years.

He has a catheter that helps him relieve himself because of
the injuries he suffered following the accident.

Mr Dube used to live at his plot in Siabuwa area with his
wife and three children before he was involved in the accident.

He used to work as a general hand at Binga District
Hospital herding the institution’s cattle, working in the garden and doing any
other job assigned to him.

Mr Dube who was left paralysed following the accident, said
he does not want to relive the accident as it has traumatised him.

All he said was that he was in pain and wants to go back to
Bulawayo for treatment.

“I’m in pain, Binga Hospital has been my home since I was
hit by a car in Hwange town 11 years go,” said Mr Dube.

He said his wife died years ago and he has not visited his
three children since the accident.

“What is painful is that not a single relative has bothered
to visit me at the hospital hence I am now hopeless. I am in excruciating pain
and I am appealing for help to seek specialised treatment,”

Mr Dube said he can be found at Binga Hospital as he has no
cellphone or any contacts as his relatives abandoned him years ago.

“When I was operated something happened and my anus was
opened. Another doctor decided to close it and as a result I am not able to
pass bowels properly. Eating insima (isitshwala/sadza) is problematic as I
won’t be able to pass bowels,” said Mr Dube.

He said his private parts were also damaged.

Mr Dube said he now survives on food that the hospital
provides and from well-wishers.

“The only food that I can eat is porridge, or anything
liquid. It helps as I can pass my bowls without any problems. People help here
and there but I’m suffering,” said Mr Dube.

The catheter is now very old and urgently needs
replacement.

“I found Mr Dube here and he has been at the hospital since
the accident in 2011. At one time we sent him home to his place in Siabuwa but
he was violent to care givers hence he is back here.

“He is a social welfare case and we are doing our best to
take care of him as well as provide the required medication,” said Dr Ncube. Chronicle