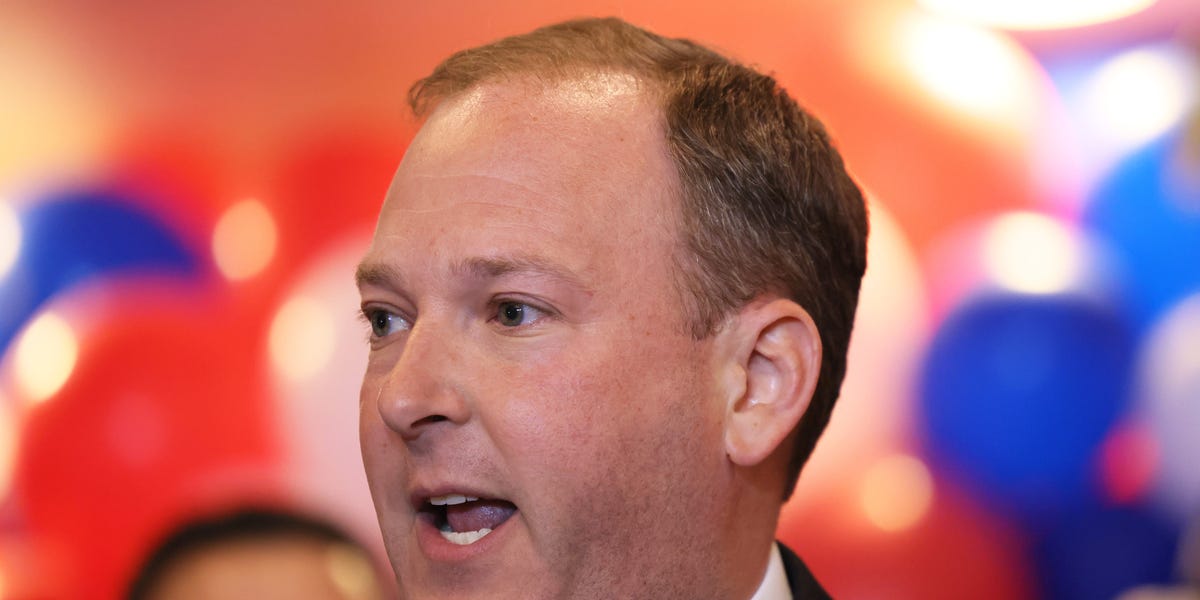 Rep. Lee Zeldin was attacked on Thursday by a man holding what appeared to be a weapon resembling a cat’s face ending in two sharp, pointed ears.

Zeldin, who is making a run for governor in New York, was campaigning in Monroe County when the incident occured.

A video posted by WGRZ-TV showed a man in a grey t-shirt and black baseball cap walking up to Zeldin on stage. The man then appears to reach out to Zeldin with a cat-shaped object wrapped around the fingers of his right hand.

Zeldin is then seen pushing the man away before multiple people pile onto them in an attempt to separate the two. Both Zeldin and the man then fell to the ground.

A zoomed-in still image of the footage posted by a Twitter user also showed the man holding the cat-shaped item while grappling with the lawmaker.

The guy who attacked Lee Zeldin is a middle-aged white guy in upstate New York wearing an “Iraqi Freedom Veteran” cap, so if you’re just reflexively assuming “leftist!!!” based on nothing but an evidence-free partisan hunch, you may want to cool your jets until more info comes in pic.twitter.com/oDoqiwecqM

Another image from the scene posted by the Metropolitan Republican Club showed a clearer view of what appeared to be the item used to attack Zeldin.

A photo of the weapon the suspect used in Monroe County to attack Lee Zeldin earlier this evening. Appears to have holes for gripping purposes and long sharp point. #LeeZeldin pic.twitter.com/iNjxCjWtr4

The cat-shaped object appears to resemble a type of widely available keychain that can be used for self-defense.

“Someone tried to stab me on stage during this evening’s rally, but fortunately, I was able to grab his wrist and stop him for a few moments until others tackled him,” Zeldin tweeted following the attack, adding that he was “ok.”

The Zeldin campaign said in a statement that law enforcement took the man into custody and that Zeldin returned to the stage afterward to finish his remarks.

“Far more must be done to make New York safe again,” said Katie Vincentz, a spokesperson for Zeldin’s campaign, in the statement.

“Unfortunately, Congressman Zeldin is just the latest New Yorker whose life has been affected by the out-of-control crime,” she added.

The Monroe Country Sheriff’s Department, the Rochester police department, and Zeldin’s representatives did not immediately respond to a request for comment from Insider.