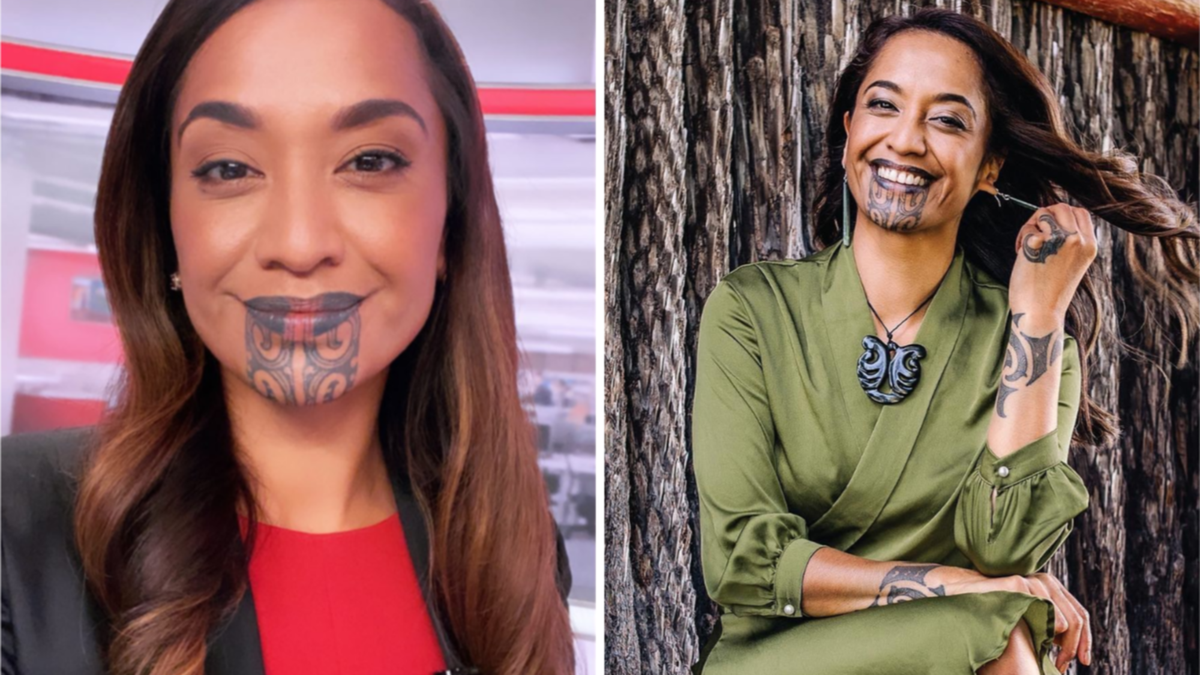 A New Zealand newsreader has hit back at a TV viewer who had a problem with her traditional chin tattoo, called a moko kauae in Māori.

Oriini Kaipara is a journalist and presenter for Newshub – and the first woman to sport the traditional cultural marking on primetime TV news in New Zealand.

WATCH THE VIDEO ABOVE: 7NEWS reporter shows off ‘disgusting’ tattoo

For more Lifestyle related news and videos check out Lifestyle >>

From Auckland, Kaipara has 57,000 followers on Instagram and is a proud and passionate advocate for Māori culture and language.

But one of her viewers, known only as David, has repeatedly complained to Newshub about Kaipara’s markings, the journalist revealed in an Instagram post.

“We continue to object strongly to you using a Māori newsreader with a moku (sic) which is offensive and aggressive looking,” the man wrote in an email to the entire newsroom, misspelling moko in the process.

“She also bursts into the Māori language which we do not understand.

Kaipara shared the hurtful message to her Instagram Stories, adding that she would normally ignore such comments but this time decided to respond, writing: “Today I had enough.”

She called David “the gift that keeps giving.”

“He constantly complains about my MOKU and that I look aggressive,” she wrote, emphasising the correct spelling of her cultural tattoo.

“He’s not emailing me direct but the whole tari kawe pūrongo.”

She said she “broke her own code and hit the Send button. With love. And cheek!”

She then shared her brilliant response to the disgruntled viewer.

“Thank you for all your complaints against me and my ‘moku.’

“I do find them very difficult to take seriously given there is no breach of broadcast standards.

“If I may, I’d like to correct you on one thing – it is moko not moku.

“A simple, helpful pronunciation guide of ‘Maw-Caw’ will help you articulate the word correctly.”

Kaipara then went on to say she felt David’s objections must come “from a place of preference on how one must look on-screen, according to you.”

“Moko and people with them are not threatening nor do they deserve such discrimination, harassment and prejudice.

“Moko are ancient cultural markings unique to the indigenous people of Aotearoa, myself included.

“We mean no harm or ill intent nor do we/I deserve to be treated with such disregard.”

Kaipara politely requested that David “refrain from complaining further, and restrain your cultural ignorance and bias for another lifetime, preferably in the 1800s.”

She signs off: “Oriini Kaipara (The lady with the moko kauwae who speaks Māori but MOSTLY English on TV).”

Speaking to the New Zealand Herald, Kaipara said such complaints were mostly in the minority but David’s attack on her facial markings were “testament to why we need more Māori advocates in key roles across every sector.”

In 2019, she became the first person with a moko kauwae to present the news in the mainstream media when she appeared on a midday news broadcast for TVNZ.

Of Tūhoe, Ngāti Awa, Tūwharetoa and Ngāti Rangitihi descent, Kaipara got her moko kauae in 2019.

New Zealand’s foreign minister, Nanaia Mahuta, also has a moko kauae – the first female MP to sport one in parliament.

Mahuta said her tattoo was a positive way to “enable cultural expression and pride in being Māori.”