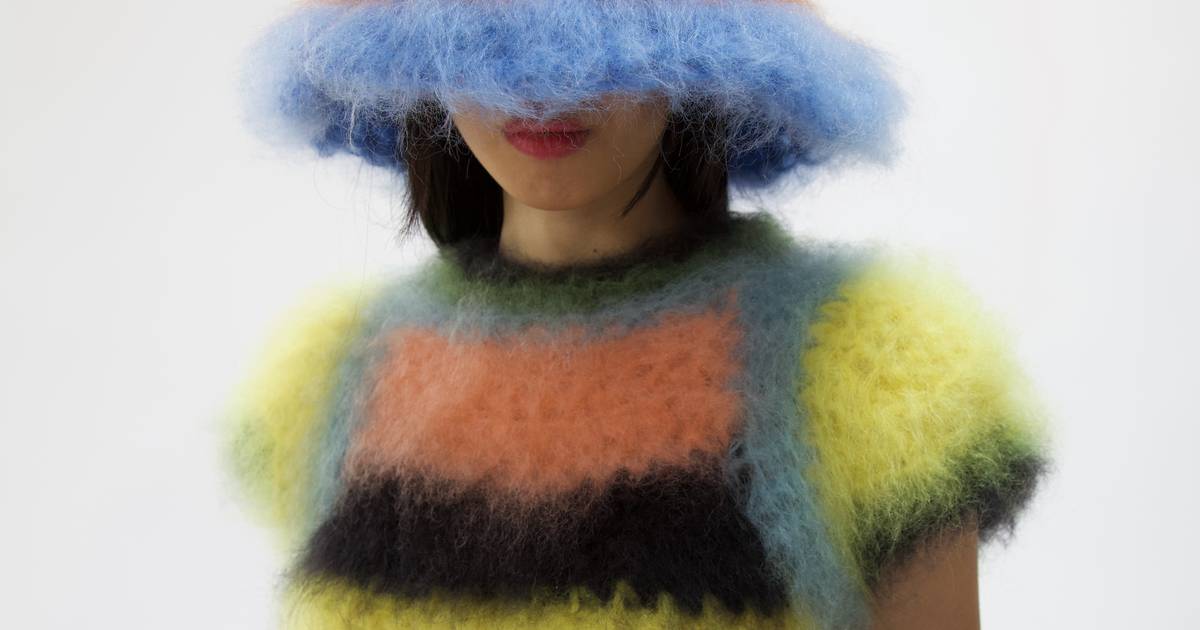 While sifting through her Instagram feed earlier this year, Ava Nirui, the artistic director of youthful Marc Jacobs sub-brand Heaven, stumbled on Nong Rak’s striking knitwear and knew she had found her next collaborator. The result was a small, 20-piece drop, including balaclavas, leg warmers and berets, which generated outsized media impact for the fledgling Thai-American knitwear label.

Nong Rak’s knits are made from vintage yarns, using nothing more complex than a manual knitting machine. Each piece is unique, rendered in graphic colour with a fuzzy, high-pile texture that comes from a hand-teasing technique that was popular in the 1980s.

The effect is both sentimental and utterly modern.

But Nong Rak’s knitwear is designed to offer an experience as well as a look, said founders Cherry and Home Phuangfueang. When worn, their pieces feel protective, almost cocooning.

“We really liked the idea of visual and sensory engagement with the garments,” said Cherry. “Things that make you want to touch and interact; that make the wearer feel special.”

The duo’s use of colour is part of that experience.

“We regard colour as largely therapeutic, which is a focus for us when thinking overall about what effect our pieces will have on the wearer,” she added.

Cherry, 30, met Home, 28, in a Bangkok market in 2015. The two married and moved to Tucson, Arizona, where Cherry was raised, launching Nong Rak (Thai for “young love”) in 2018. It took three years for the label to find its niche in knitwear, largely inspired by their childhood experiences: Cherry’s father worked at a thrift store and often brought home used clothing, while Home worked in his mother’s home beauty salon, where he spent his free time gorging on 80s and 90s magazines.

Thus far, the designers have bootstrapped the business, which remains small.

“Any profits go directly to funding the next project,” said Home. “We go from negative to positive and back again very quickly.”

Home manages public relations and shoots the imagery that populates their budding e-commerce site and Instagram account, where they have accumulated about 80,000 followers, while Cherry works “more behind the scenes” on everything from design to business planning.

The pair have yet to secure stockists, but have held preliminary talks with influential retailers like Ssense and Dover Street Market, and are focused on ramping up product volumes to meet minimum inventory requirements, without sacrificing uniqueness. They’re also on the lookout for new partners like Heaven.

Nong Rak’s next collection is set to debut during New York Fashion Week in September, with a trunk show at the Larrie Gallery on the Lower East Side.

Albert Ayal is the founder of Up Next Designer.