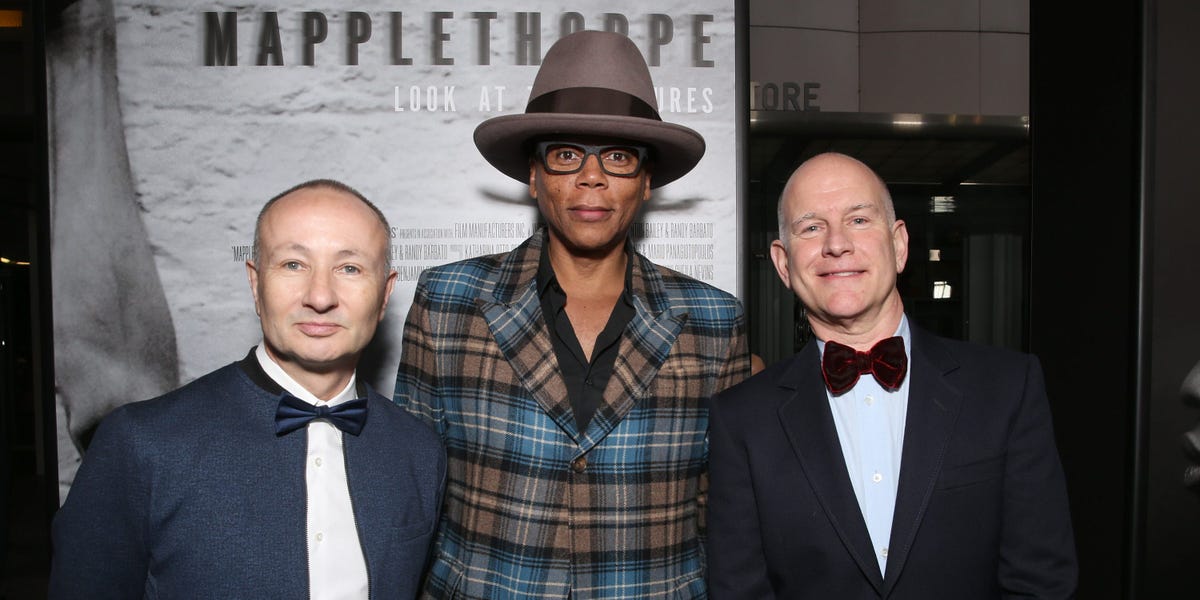 Anyone who’s watched “RuPaul’s Drag Race” will have seen the names Fenton Bailey and Randy Barbato flash on-screen in the opening credits.

Bailey, 62, and Barbato, 61, are responsible for propelling drag culture into the mainstream by helping to turn RuPaul and “Drag Race” into global phenomenons.

They have been at RuPaul’s side through the many phases of his career, from singer to talk-show host to the reality star we know today.

“Drag Race” is set add more Emmys to its bulging collection. It’s nominated for eight at the ceremony in September – the most for a nonfiction or reality program – and already has 24 wins to date.

“Everyone can relate to the feeling of being an outsider. Drag is ultimately a universally relatable thing,” Bailey said of the popularity of “Drag Race” and the stars it has helped create.

“Drag Race” has an average weekly audience of more than 600,000 in the US, and millions more around the world.

Bailey, who’s originally from Portsmouth in the UK, and Barbato, from New Jersey, have worked with RuPaul since the 1980s after meeting him on the New York club scene.

The duo run World of Wonder, the production company behind the reality competition that has spawned an ever-growing number of editions in countries from Canada to the Philippines, along with the spinoffs “All Stars” and “Untucked.”

Bailey and Barbato aren’t strangers to performing themselves. While attending New York University’s film school together in the ’80s, they formed a disco-pop duo called the Fabulous Pop Tarts.

They recorded two albums featuring guest stars like Lady Miss Kier, the singer for Deee-Lite, the band behind the infectious ’90s classic “Groove Is in the Heart” — and an artist called RuPaul, who’s gone on to become the world’s most famous drag queen with their help.

Bailey and Barbato produced Ru’s first album in 1986 and became his manager.

In 1991, they set up World of Wonder, borrowing its name from the title of a 1970s British educational magazine for children that Bailey once read. That year, they also made their first TV show, a compilation program called “Manhattan Cable.” RuPaul was featured on the show, which Barbato once described as “YouTube before YouTube.”

RuPaul’s first real taste of success came in 1993, when his song “Supermodel (You Better Work)” became a hit after being played in heavy rotation on MTV.

The dance-pop song gently poked fun at the supermodels who then dominated the fashion world and provided a break from the grunge rock that dominated the charts at the time.

Bailey and Barbato then produced “The RuPaul Show,” a talk show for VH1 that aired between 1996 and 1998.

At the same time, they were creating productions like “The Adam and Joe Show,” a comedy TV show for Britain’s Channel 4 in the late 1990s, presented by Adam Buxton and Joe Cornish. (Cornish went on to direct “Attack the Block,” the film that first brought John Boyega to the big screen).

Bailey and Barbato also directed the 2000 documentary “The Eyes of Tammy Faye,” which told the story of the rise and fall of the televangelist couple Tammy Faye and Jim Bakker, with RuPaul narrating.

“Drag Race” came about when Bailey and Barbato were discussing new projects with RuPaul in the late 2000s. According to them, RuPaul declared, “I will do anything!” They ultimately settled on a reality-competition series.

But Bailey said at the time there was “a resistance to drag on TV” and “the door felt closed.” World of Wonder ended up financing the first season themselves before it was picked up by Logo, a cable channel aimed at LGBTQ audiences, where it ran for eight seasons.

“It became clear to all of us very early on that there was something absolutely magical here,” Barbato said, noting that RuPaul was an “incredible talent that you didn’t ordinarily get to see on television.”

“Ru speaks TV fluently and has a very specific point of view that’s a combination of comedy and wit and heart and sass and spirituality,” Barbato said. “So even though those early seasons were a bit raw and rough around the edges, the format really hasn’t changed.”

As its rating steadily rose, the show’s breakthrough came in 2017 when it moved to VH1, which is available to most US homes with cable TV.

The first foreign versions appeared in Chile and Thailand, but the pinnacle arrived in October 2019 when “Drag Race UK” premiered on the BBC.

Getting a British edition commissioned had taken “dozens” of attempts, Bailey said. Sky, the satellite-TV channel formerly owned by Rupert Murdoch, “thought it was too trashy for them,” he said, but the BBC eventually said yes. “Drag Race” has become one of the most popular shows on its iPlayer streaming platform, with a fourth season underway.

“Drag Race UK” was a turning point, because it helped demonstrate the show’s universality, Barbato said.

“Drag is alive in every corner of the world,” he said. “The format translates without overwhelming the regional aspects of drag in all these different territories. Each version has its own flavor. They wear their own set of heels and their own wigs, and we’re all happier for that.”

There are now versions of the show in Canada, France, Spain, Italy, Holland, the Philippines, and “Down Under,” but only the UK and Australia-New Zealand iterations are presented by RuPaul. Some are hosted by former contestants, such as the Canadian version which has Brook Lynn Hytes at the helm.

Barbato stressed that “Drag Race” is creating a platform that allows existing drag talent to be seen: “We are not creating a drag empire — a drag empire already exists. It’s global and we are turning people on to it. That is an important distinction.

“There’s been this talent pool that’s gone unrecognized for decades and people are just discovering that.”

He added: “One of the most satisfying things about working on this show is just watching these girls traveling around the world and working and making people happy.”