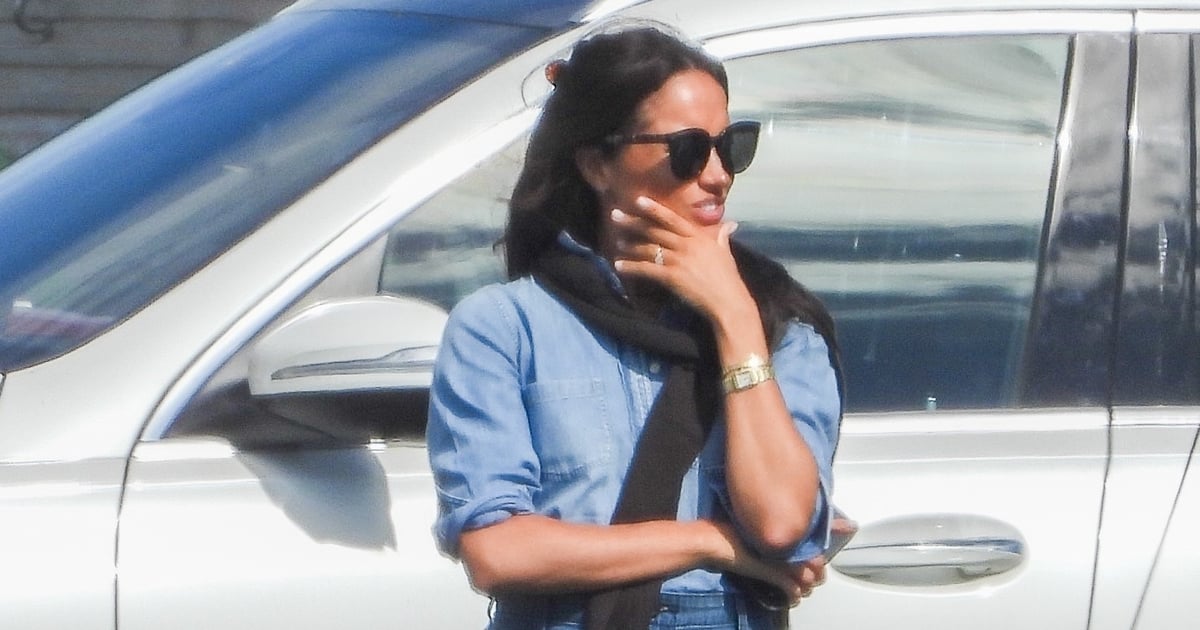 Now that they’ve returned to California after visiting the UK to celebrate Queen Elizabeth II’s Platinum Jubilee, Prince Harry and Meghan Markle are enjoying some summer fun. On Friday, June 17, Harry played in a polo match with his team, the Los Padres, while Markle supported him from the sidelines. The game was an important one for the royal’s team, but sadly, they lost the semifinal match to the Folded Hills.

The loss means the team won’t play in the finals on Sunday, but Harry and Markle still appeared to enjoy the lively match. For her part, the Duchess of Sussex watched alongside Delfina Blaquier, the wife of Harry’s teammate Nacho Figueras, where she was caught getting into the game in a series of animated photos. Whether she was covering her mouth or sipping on a drink, Markle appeared to be intently watching the match unfold.

When Harry’s team lost, the cameras caught her comforting her husband by placing her hand on his leg as he cooled off under a tent after the match. She also gave Figueras a big hug.

This isn’t the first time Markle has supported Harry since he joined the polo team in May. On May 22, she attended one of the prince’s matches wearing a polka-dot blouse that royal followers believed to be an homage to Princess Diana. This time around, Markle wore a far more casual outfit designed to beat the heat: denim shorts paired with a denim shirt and dark sunglasses.

Check out the gallery to see photos of the Duke and Duchess of Sussex at the polo match.