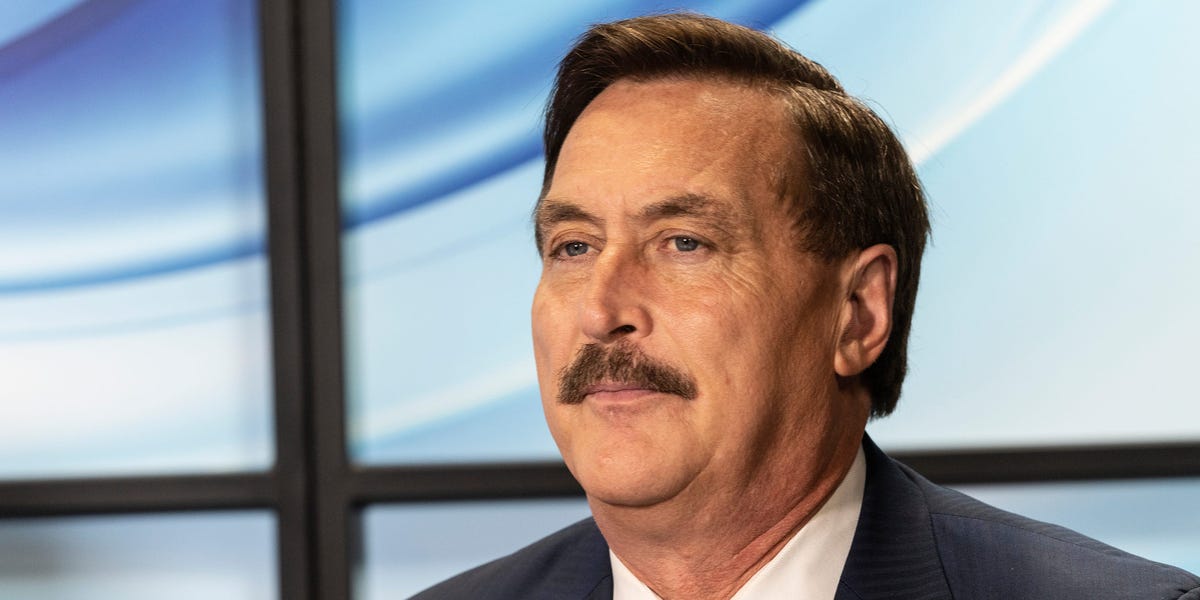 MyPillow CEO Mike Lindell is suing the FBI and Department of Justice for seizing his mobile phone outside a Hardee’s in Mankato, Minnesota, and accusing the authorities of violating his constitutional rights.

Lindell sent Insider a copy of the lawsuit in which Attorney General Merrick Garland and FBI Director Christopher Wray were listed as defendants.

Represented by a legal team including conservative lawyer Alan Dershowitz, Lindell’s suit claims the FBI violated his “First, Fourth, Fifth, and Sixth Amendment” rights. He is also demanding that his cell phone be returned and that any information obtained from his phone by the FBI or DOJ not be released.

The lawsuit gives a detailed account of Lindell’s side of the incident, in which he describes driving home at 4 a.m. on September 13 with a friend after going duck hunting in Minnesota. Per the suit, Lindell’s group was at a Hardee’s in Mankato sometime in the late morning when they found themselves boxed in by FBI officers.

Lindell’s team wrote that the FBI must have had him under surveillance because he had not made his location at the Hardee’s publicly known.

The filing also stated that Lindell began “fearing for his and his friend’s lives” as FBI officers approached their vehicle. Per the filing, a conversation then ensued between Lindell and the officers about “Dominion Voting Systems,” indicted Mesa County clerk Tina Peters, and Lindell’s private plane travel. The officers also seized Lindell’s phone.

Lindell has been linked to Peters, who was accused in April of accepting a private plane ride from the business owner. Lindell also told Insider that he’d been helping to pay off Peters’ legal fees, with some funds coming from his “personal money” that was redirected through a fundraising platform called the Lindell Legal Offense Fund.

Lindell’s team further claimed in their filing that the MyPillow CEO had been subjected to “unlawful detention” and that the agencies had been “unreasonable” when executing the search and seizure warrant.

A representative from the DOJ attached to Lindell’s case told Insider that their office had no comment on the matter.

Speaking to Insider on Tuesday, Lindell said he was suing over what he thought was the “worst violation” of his rights.

“It’s horrible. Can you believe they did that to your friend?” he told Insider.

Lindell told Insider that had the FBI approached him at night, he would have “bashed” his way through their cars with his pickup truck.

“Because I would have thought they were bad guys there. There was no sign that they were law enforcement, the way they surrounded me like that,” he said, adding that he believed the agency had been “weaponized” by the government.

However, Lindell maintained that he would not have minded being detained by the FBI.

“I don’t care if I get arrested or anything or if they’re going to bring me in,” Lindell said. “So I can get the word out to get rid of the voting machines, you know that? I’d do whatever it takes.”

Lindell continues to be highly involved in pushing former President Donald Trump’s false claims of voter fraud in the 2020 election. For one, he is bankrolling a nationwide effort to stop the use of electronic voting machines. He is also embroiled in a $1.3 billion lawsuit filed against him by the voting-technology company Dominion and a suit filed by the voting-systems company Smartmatic.