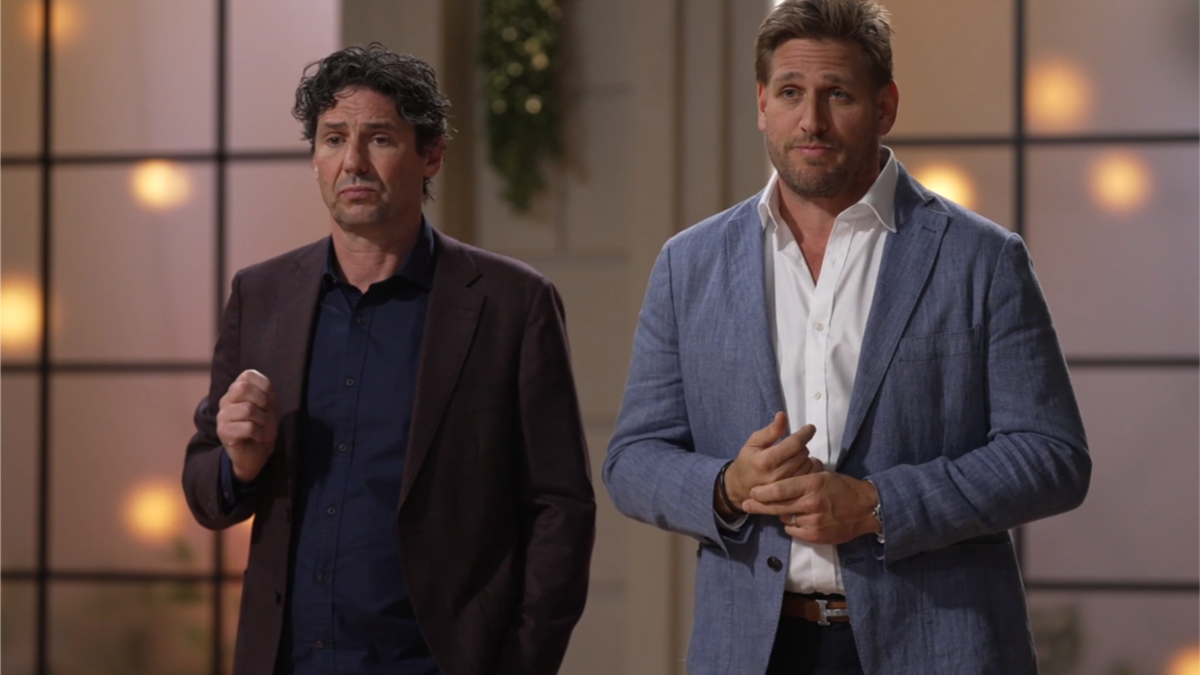 Sunday night was MKR’s first “cook-off” to see who would join Kate and Mary, Sophie and Katherine in the semi-finals for 2022.

Curtis Stone and Colin Fassnidge were on hand to supervise as group one contestants Mat and Ashlee, Arnnott and Fuzz, Peter and Alice, and Janelle and Monzir faced off for a coveted spot.

For more TV related news and videos check out TV >>

All the while, Curtis and Colin prowled the special MKR kitchen to see how everyone was doing.

The food wouldn’t be tasted just by them, either – the group two contestants had been invited to dine on the balcony above, quite literally getting a taste of the competition.

WA pair Mat and Ashlee were cooking a Sri Lankan curry with coconut rice, but they bombed out on the rice, which was too gluggy and overdone, and with not enough coconut.

And their apple tarte tatin for dessert was seriously lacking in caramel, much to Curtis Stone’s disappointment.

Peter and Alice’s main, a brisket and marrow meatloaf, was cooked well, but as Alice feared, their mashed potatoes were not up to potato-loving Irishman Colin Fassnidge’s high standards.

But their lemon curd roulade with pistachio and rhubarb dessert was a hit, deemed the best of the night by judges and group two contestants alike.

Janelle and Monzir cooked Tavuk (chicken) with muhammara, a type of dip that can be eaten with bread.

Janelle described it as a “Sunday roast, Turkish-style.”

Both of these dishes were a hit with the judges, full of flavour and interesting flourishes, cooked with precision and talent.

MKR contestant tells Manu to ‘get stuffed’ after dessert criticism

Arnnott and Fuzz’s main was Fijian Chicken Palau with tomato chutney and spiced yoghurt, and this dish hit the sweet spot with the judges.

But their traditional dessert, Fijian halwa with gulgula and masala tea, didn’t do it for several of the contestants.

With all the dishes served up it all felt reasonably even.

With most pairs, if they had served up an underwhelming dish, they made up for it with the other.

Only Mat and Ashlee failed to hit the mark with both their main and dessert, and Ashlee looked especially crestfallen at the end of the night.

Curtis and Colin deemed Janelle and Monzir the pair who had produced the most consistently impressive plates, and they were sent through to the semi-finals.

Janelle was incredibly emotional, as she spent most of the cook-off looking frozen with terror at messing things up.

“Thank you so much,” Janelle told the judges as Monzir beamed.

“This means so much to us.”

Looking down from their balcony, the group two contestants knew that after Monday, only one of them would be going through to the semi-finals.

Who would it be?

MKR continues with the group two cook-off on Monday at 7.30pm on Channel 7 and 7plus.