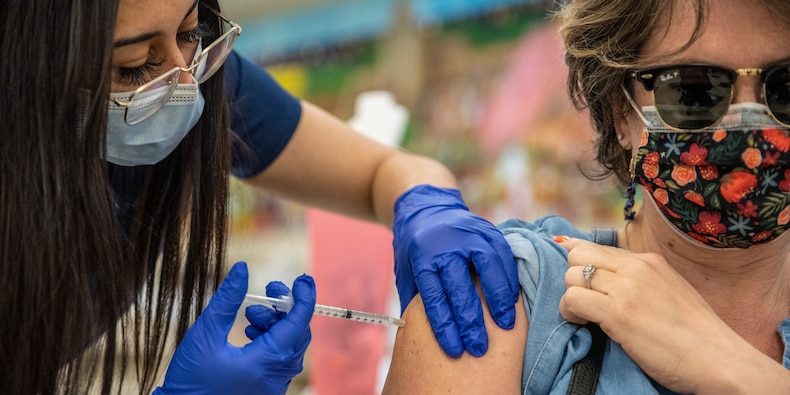 Shares of Novavax and Moderna trimmed losses Friday after the Biden administration’s vaccine-or-testing mandate for certain private companies was blocked by the Supreme Court.

In a 6-3 ruling issued Thursday afternoon, the court’s conservative majority wrote in an unsigned opinion that the administration likely didn’t hold the authority to impose its policy.

Shares of vaccine maker Pfizer were down by a more modest 0.6%. The stock finished Thursday with a 2% loss.

“Although COVID-19 is a risk that occurs in many workplaces, it is not an occupational hazard in most,” the court wrote.

The mandate had been put in place for private companies with a workforce of more than 100 employees. The court’s liberal justices Stephen Breyer, Elena Kagan, and Sonia Sotomayor held the dissenting opinion of the majority’s ruling.

The court did allow the Biden administration’s requirement for vaccines for healthcare workers at federally funded facilities to take effect.