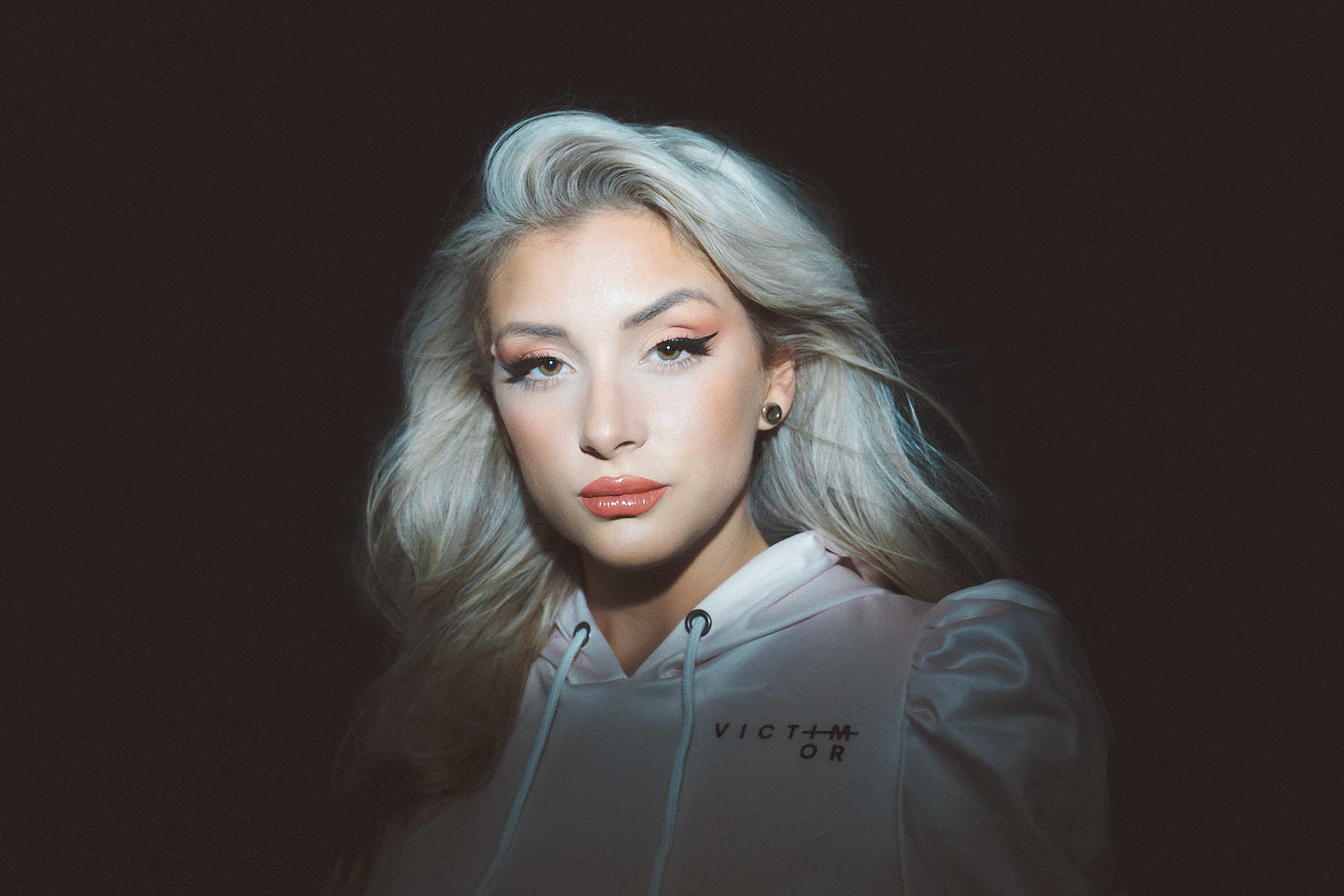 After her nude photos were posted online without her consent, Danielle Green says she spent years in therapy recovering. Now, she hopes viewers of a new documentary skewering revenge-porn king Hunter Moore will see beyond the shock value of the unremorseful antihero to what really matters: the victims.

“I mean, fuck Hunter, he’s old news,” says Green, who appears in the new Netflix show The Most Hated Man on the Internet. The three-part series, which takes its name from a 2012 Rolling Stone article on Moore, tells the story of his early 2010s website, IsAnyoneUp, where he posted nude, sometimes stolen, photos and personal information and invited visitors to mock the subjects. Although Moore embraced his role as a “professional life-ruiner” and repeatedly stated his refusal to take responsibility for the harm his website caused, the racket eventually caught up with him: he became the subject of an FBI investigation and served time in federal prison between 2015 and 2017 for charges related to a hacking scheme to steal photos to display on the site. In multiple interviews prior to facing charges, Moore defended his website and claimed victims should be angry with whoever submitted their photos, not with him for posting them. The filmmakers said in the documentary Moore initially agreed to participate before backing out. Moore did not respond to a request for comment from Rolling Stone.

Green says Moore was nothing more than the embodiment of the worst parts of the MySpace-famous “scene” community at the time, a post-emo identity that spread via the social platform, characterized by a love of modern punk subgenres, spiky asymmetrical haircuts, and Hot Topic wardrobes. “He took it to the next level,” she says, “but I knew 20 guys who acted just like him.” While she says it’s been hard to relive some of her darkest days on Netflix, she’s hoping to use the attention to help the cause of other people in her position. She hopes viewers impacted by the docuseries will help people facing online abuse, including donating money to organizations that help victims, and pushing for federal legislation against revenge porn. “Where’s the call to action? What can we do now to make change? That’s what I’m trying to do: to inspire people to take action instead of like, just commenting on the internet.”

Green knows about the fallout of Moore’s site first-hand, because her photos were posted there. In 2009, when she was 22, she says she took intimate photos of herself in a moment of desperation in her relationship with the father of her then-one-year-old child.

Though the ex would deny sharing the photos, they later appeared on IsAnyoneUp. Active between 2010 and 2012, the site originated in Sacramento, California, where Moore was based. It trafficked in nude photos of mostly young women — though men from scene bands were sometimes victims, too, the documentary shows, including the vocalist for We Are Defiance, a Florida metalcore band. Although the idea of revenge porn had not yet entered the mainstream, many of the photos were posted without the subjects’ knowledge or consent, and the posts would often include info from the subject’s Facebook page and other personal details about them. Since then, nearly all 50 states have enacted laws criminalizing nonconsensual pornography.

When her photos appeared online, Green messaged Moore herself, asking him to remove the photos. “LOL,” he wrote back, in a text exchange that was reenacted in the doc. “I felt really sickened about it,” she says.

She describes entering a period of deep depression. “It really drove me to a suicidal place,” she says. “I was such a young girl.”

Green wants other survivors of this type of online abuse to know mental health counseling and medication helped her reclaim her life — she calls therapy the best investment she’s ever made in herself. She also got a large tattoo of a mother and child on her thigh a couple years after the site was taken down in 2012, which she says helped her reclaim her body. “I can always look down and think about the strength of a mother and what my purpose [is],” she says.

When someone involved with the documentary contacted her in 2021, Green says she at first hesitated to tell the story in a venue as public as a Netflix docuseries. “I had a lot of inner conflict about it, just this shame that I was battling,” she says. She ultimately decided she had to participate when she thought of young women who were going through experiences like hers. “I wanted to be a voice for girls like me,” she says. “I wanted to give them hope and empowerment and some skills that I had learned. I had empowered myself after all these years. And why would I keep that to myself?”

Since seeing the docuseries, Green says she’s glad the story is out there, but admits she had hoped for more from it. “I will say one thing that I was a little disappointed about about the whole thing was that there wasn’t really any call to action after this for anybody,” she says. “I’m glad this story got told; it needed to be told, but I feel like it’s falling flat right now because everyone’s sensationalizing Hunter.”

In an attempt to fill the void she sees, Green has posted resources for victims on her social media pages. She also launched a streetwear line called Victor, which she timed to the release of the docuseries. She plans to donate at least 10 percent of net profits to an organization that helps victims of revenge porn and fights for federal legislation against non-consensual intimate image abuse, or NCIIA, something which could be coming as soon as this fall. “Honestly, if I can break even, I’ll probably donate way more than 10 percent to the cause,” she says. “I just really want to advocate while I have this short time in a spotlight for it. I want to make the biggest impact that I can.”