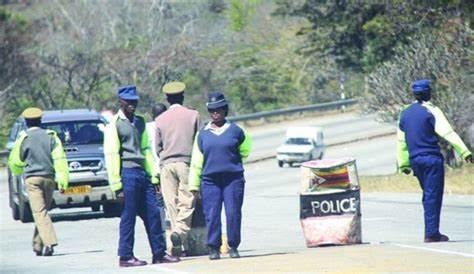 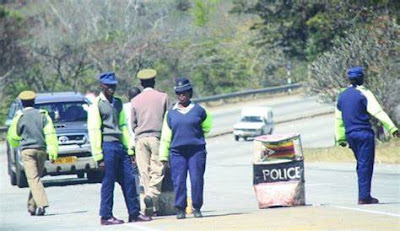 A cheeky man has been arrested for hitting and damaging a
police drum with his truck at a police roadblock.

It is said Bilton Mpofu (24) who was driving a Nissan UD
truck, arrived at Siyephambili Drive and Luveve Road intersection and allegedly
refused to stop when police officers who had set up a roadblock signalled for
him to stop. Mpofu allegedly hit the drum with his truck and dragged it for
several metres before he stopped.

“He dragged the drum for more than 100 metres. The drum was
left severely damaged. The truck sustained minor damages,” said the source.

A defiant Mpofu bolted out of the car armed with a
knobkerrie and threatened to hit the police officers.

“He threatened to assault them as he hurled insults at
them,” said the source.

In the heat of the situation he dug deep and fled.
Desperate police officers tried to chase after him but he outpaced them.

He later handed himself to police officers at Luveve police
station and was arrested for malicious damage to property.

Bulawayo police spokesperson Inspector Abednico Ncube
confirmed the incident. Insp Ncube urged community members to co-operate with
police officers as they would be doing their work. B Metro