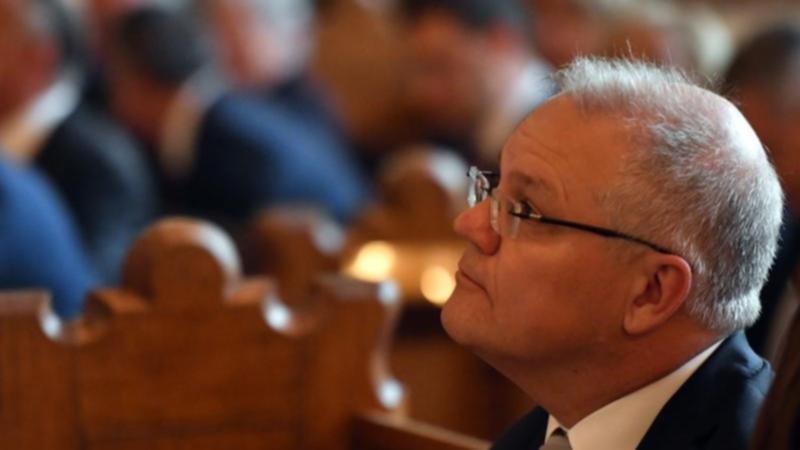 NSW MP Trent Zimmerman is worried the proposal to enshrine protection for religious beliefs could come at the expense of other laws on discrimination, such as gender and sexuality.

“What I am concerned about, as a broader principle, is the fact that a bill like this does give primacy to statement of belief founded in religious belief over other beliefs that are personally held,” he told ABC radio on Wednesday.

“I do worry that is effectively giving primacy to one human right in circumstances where the same protections are not provided for others.”

Prime Minister Scott Morrison will introduce the long-promised laws to parliament on Thursday.

Under the proposed laws, a statement of belief in good faith would not be classified as discrimination.

However, that would not apply to malicious statements or statements a reasonable person would consider as threatening or intimidating towards another person or a group.

The bill would also restrict the ability of religious bodies to impose standards of behaviour on members that would prevent a person from making a statement of belief in their private capacity.

Organisations such as schools would be allowed to give preference to people of the same religion as the religious body.

The government says the bill will not allow discrimination on the basis of age, disability, race or sex.

While the proposed laws are being introduced to parliament this week, they are unlikely to pass this year, or before the next federal election, as they first have to be examined by a Senate committee.

Mr Morrison told the coalition party room on Tuesday the bill was about balancing freedom with responsibility.

While LGBTQI advocates have expressed concern about the bill potentially allowing religious schools to to sack gay teachers, Ms Bell said that would not occur.

“The concerns … around gay teachers is another matter, and that is something that I would be very pleased for a Senate inquiry to have a closer look at,” she said.

Labor Senate leader Penny Wong said she had not seen the contents of the bill and the opposition was yet to make a decision on how Labor would respond.

Mr Zimmerman said he had spoken to Attorney-General Michaelia Cash about his concerns.

“What we do see in a lot of these laws is that human rights do not live in silos,” he said.

“I’m concerned about a system that might override existing protections in law.”

Deputy Prime Minister Barnaby Joyce said it was critical the laws were passed by the parliament.

“We know what we want, to make sure a person who has a faith doesn’t have to hide it under a blanket, as long as it’s not there to hurt people,” he told Sky News.

“People have come to the table and everyone has given something up to arrive at the table.”