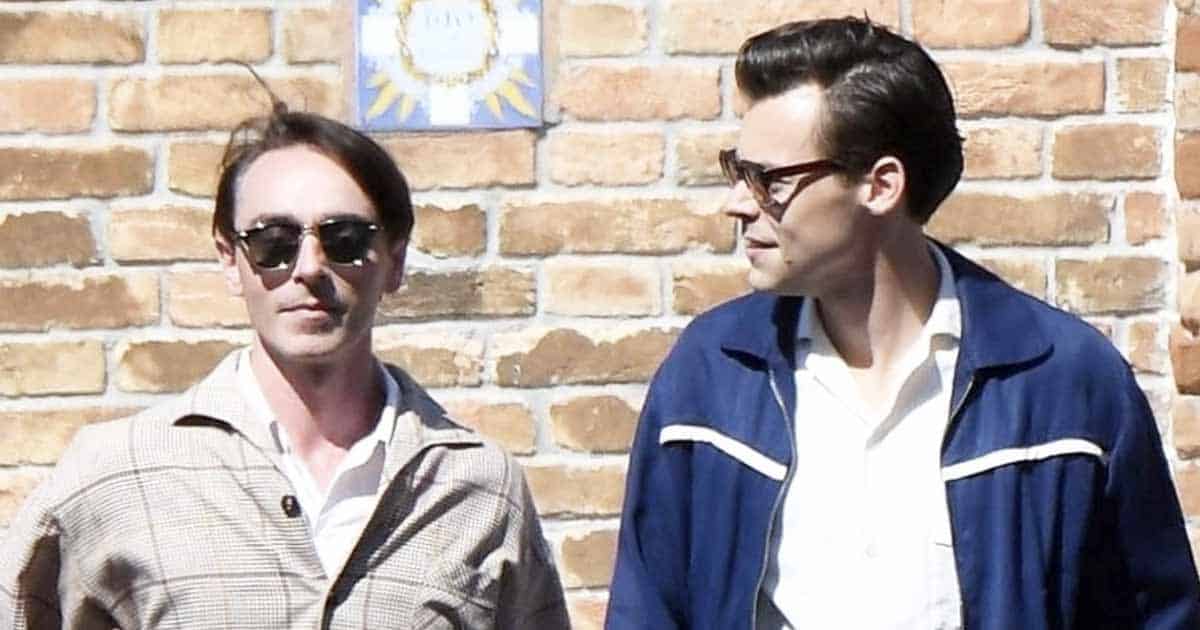 Grammy winner and former One Direction member Harry Styles, who is gearing up for the romantic period drama film ‘My Policeman’, has said that he is proud to be part of the movie.

Harry Styles mentioned that the film’s story completely moved him and he decided to approach director Michael Grandage himself. In his meeting with Grandage, Styles showed up with all the lines memorised.

Revealing what attracted him to the story, Styles said, “It’s not like �This is a gay story about these guys being gay’. It’s about love and about wasted time to me. It’s obviously pretty unfathomable now to think, �Oh, you couldn’t be gay. That was illegal (in the ’50s)’. I think everyone, including myself, has their own journey with figuring out sexuality and getting more comfortable with it.”

Amber Heard Called Kristen Stewart, Margot Robbie & Cara Delevingne To Help Her With A Place To Stay But They All Ghosted Her, Is Hollywood Boycotting The Aquaman Star?

The film shows the love triangle of gay policeman Tom (played by Harry Styles), teacher Marion (played by Emma Corrin), and museum curator Patrick (played by David Dawson). Tom marries Marion while he is still in love with Patrick, leading them on an emotional journey.

The hide-and-seek game results in longing and regret. Years later in 1990, the three of them have one last chance to repair their past mistakes as they reunite under dire circumstances.

While the film has intimate scenes, Harry Styles feels it focuses more on emotional lovemaking between the gay couple, rather than physical sexuality.

Sharing how director Micheal Grandage wanted to portray gay intimacy, the Harry Styles said: “So much of gay sex in the film is two guys going at it, and it kind of removes the tenderness from it.”

Harry Styles added: “There will be, I would imagine, some people who watch it who were very much alive during this time when it was illegal to be gay, and Michael wanted to show that it’s tender and loving and sensitive.”

Must Read: When Selena Gomez Allegedly Changed Her Phone Number To Avoid Justin Bieber & Had Asked Friends “To Not Give It To Him”

The post My Policeman: Harry Styles Is Proud To Be A Part Of The Upcoming Romance Drama, Says “This Is A Gay Story About…” appeared first on Koimoi.