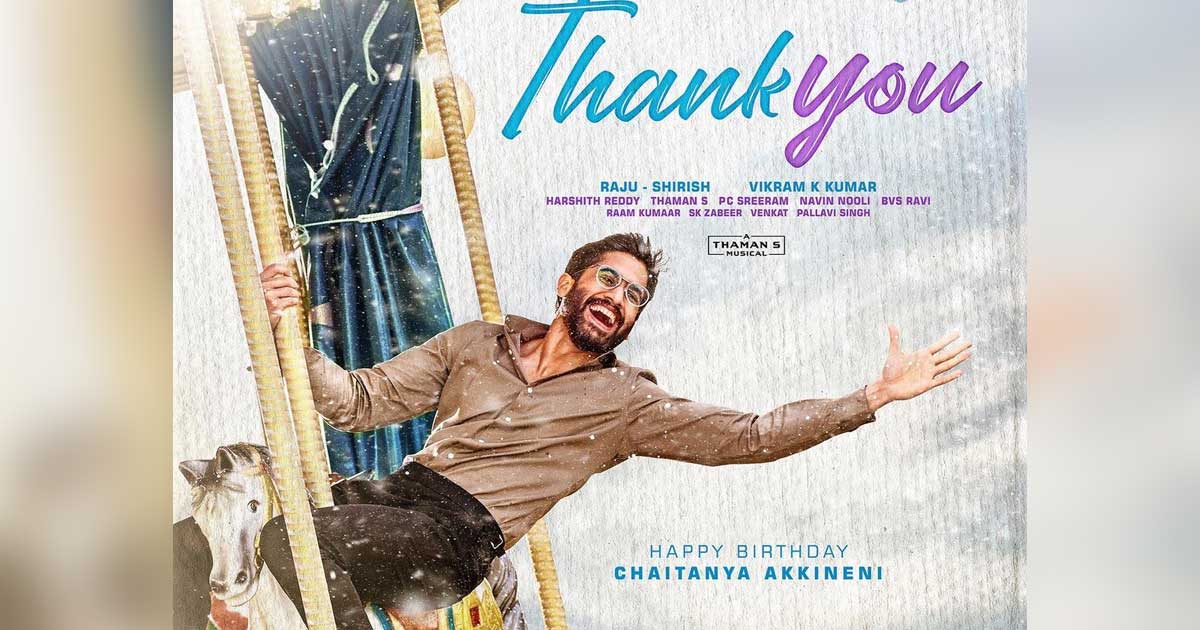 Naga Chaitanya Akkineni, who has scored a big hit with ‘Love Story’, seems to be buoyed by the huge success. The actor wrote a special message about his upcoming movies, thanking everyone for the love and support on his birthday.

Sharing a super energetic picture from his upcoming movies – ‘Thank You’ and ‘Bangarraju’, the actor wrote, “Two very special films .. grateful to be playing these roles and working with some very special people . Thank you for all the love and constantly putting light on my journey . #Bangarraju #ThankYouTheMovie”.

Naga Chaitanya’s upcoming movie ‘Thank You’ is directed by Vikram Kumar and stars Rashi Khanna as the female lead. The makers disclosed a brand new poster from ‘Thank You’, on Tuesday, wishing the actor on the occasion of his birthday.

In the poster, Naga Chaitanya is seen elated, as he enjoys a ride on a merry-go-round horse. His formal attire is a total mismatch with the background, which features an amusement park.

Naga Chaitanya is to appear in a never-before avatar in ‘Thank You’. He has even undergone a physical transformation for the movie.

Chaitanya’s emotional message left his fans elated, as they celebrate the release of the posters on the occasion of his birthday. Chaitanya has pinned his hopes on the movies ‘Thank You’ and ‘Bangarraju’.

Chaitanya, on the other hand, has also wrapped up shooting for his maiden Bollywood venture ‘Laal Singh Chaddha’ alongside Aamir Khan.

Must Read: Prabhas’ Fees Breaches The 100 Crore Mark Making Him The Next Century Holder After Salman Khan, Akshay Kumar?