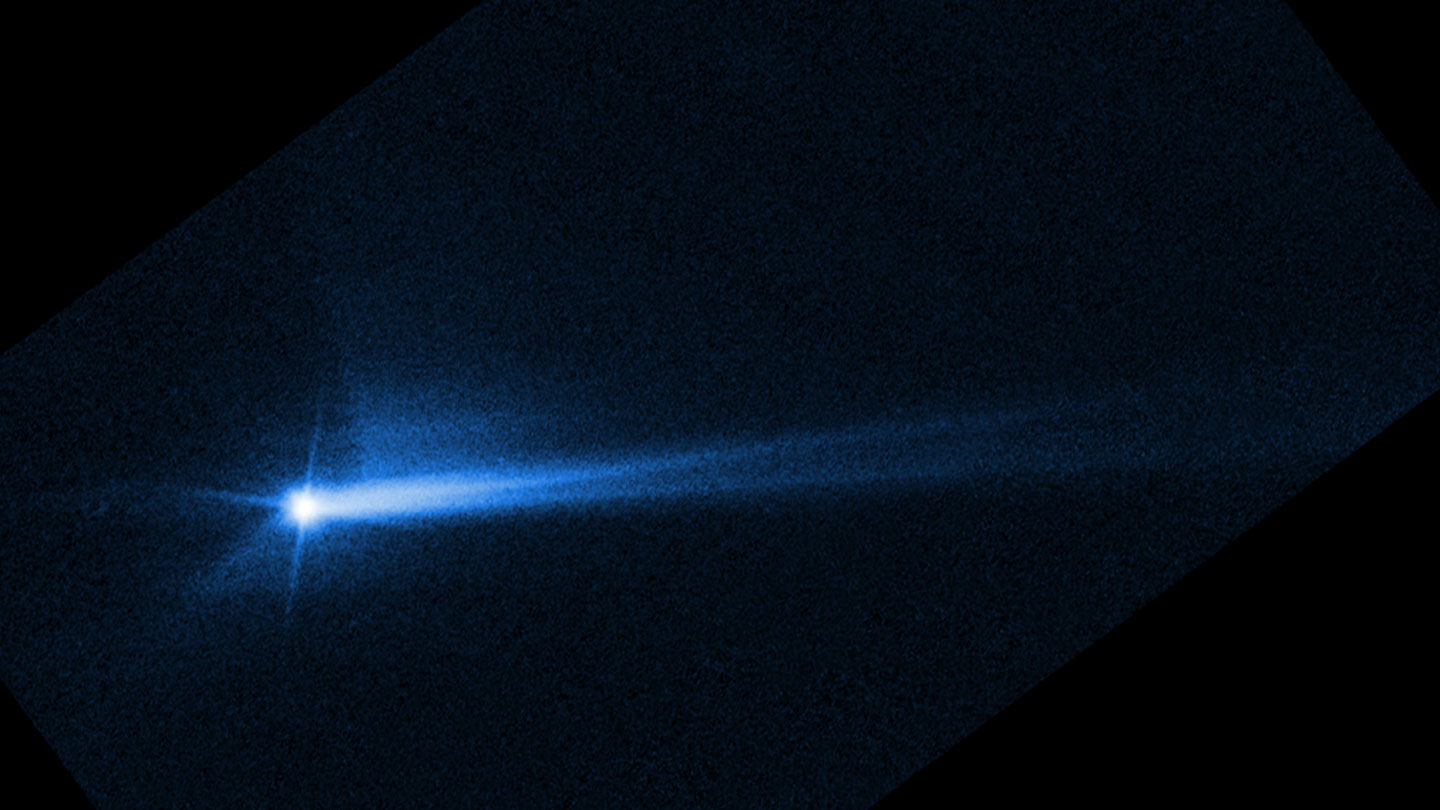 It worked! Humanity has, for the first time, purposely moved a celestial object.

As a test of a potential asteroid-deflection scheme, NASA’s DART spacecraft shortened the orbit of asteroid Dimorphos by 32 minutes — a far greater change than astronomers expected.

The Double Asteroid Redirection Test, or DART, rammed into the tiny asteroid at about 22,500 kilometers per hour on September 26 (SN: 9/26/22). The goal was to move Dimorphos slightly closer to the larger asteroid it orbits, Didymos.

Neither Dimorphos nor Didymos pose any threat to Earth. DART’s mission was to help scientists figure out if a similar impact could nudge a potentially hazardous asteroid out of harm’s way before it hits our planet.

The experiment was a smashing success. Before the impact, Dimorphos orbited Didymos every 11 hours and 55 minutes. After, the orbit was 11 hours and 23 minutes, NASA announced October 11 in a news briefing.

“For the first time ever, humanity has changed the orbit of a planetary body,” said NASA planetary science division director Lori Glaze.

Four telescopes in Chile and South Africa observed the asteroids every night after the impact. The telescopes can’t see the asteroids separately, but they can detect periodic changes in brightness as the asteroids eclipse each other. All four telescopes saw eclipses consistent with an 11-hour, 23-minute orbit. The result was confirmed by two planetary radar facilities, which bounced radio waves off the asteroids to measure their orbits directly, said Nancy Chabot, a planetary scientist at Johns Hopkins Applied Physics Laboratory in Laurel, Md.

The minimum change for the DART team to declare success was 73 seconds — a hurdle the mission overshot by more than 30 minutes. The team thinks the spectacular plume of debris that the impactor kicked up gave the mission extra oomph. The impact itself gave some momentum to the asteroid, but the debris flying off in the other direction pushed it even more — like a temporary rocket engine.

“This is a very exciting and promising result for planetary defense,” Chabot said. But the change in orbital period was just 4 percent. “It just gave it a small nudge,” she said. So knowing an asteroid is coming is crucial to future success. For something similar to work on an asteroid headed for Earth, “you’d want to do it years in advance,” Chabot said. An upcoming space telescope called Near Earth Asteroid Surveyor is one of many projects intended to give that early warning.