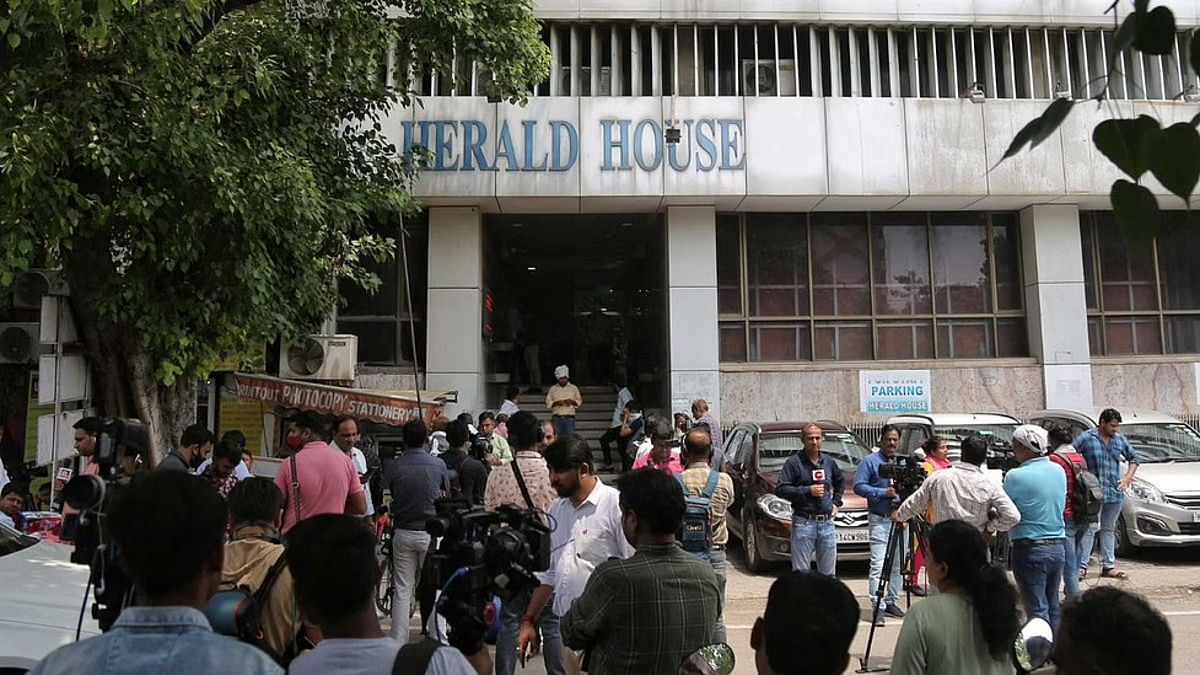 New Delhi: In the history of Indian journalism, National Herald occupies a unique spot. Not many newspapers, after all, can boast having the country’s first Prime Minister Jawaharlal Nehru as its founder, and the likes of K. Rama Rao, Manikonda Chalapathi Rau and Khushwant Singh as editors.

Today, Congress workers are protesting the Enforcement Directorate (ED) questioning Sonia and Rahul Gandhi in connection with the alleged misappropriation of assets owned by the Associated Journals Limited (AJL), which published the newspaper. The ED conducted multiple raids Tuesday in connection with the Herald case.

Beginning as a daily newspaper from Lucknow in 1938, National Herald essayed an important role in the struggle for Independence, rode the high tide of popularity in the 1960s and 1970s, and struggled for years post the Emergency period before closing down in 2008.

In the daily’s nascent years, Rama Rao held the fort till 1946, even as its initial popularity could be attributed to the writings of Nehru. While Mahatma Gandhi called him the “fighting editor”, Nehru said “Rama Rao is a man with ideals and a mission”.

The newspaper was banned by the British in 1942, the year when Gandhi launched the Quit India movement. A year after it was revived in 1945, Chalapathi Rau took over as the editor and helmed the newspaper for over three decades.

Despite being close to Nehru, Rau would criticise his policies in his editorials. “People think it is my paper. It really is Chalapathi Rau’s paper; he has made it what it is,” Nehru had said in his speech at the Silver Jubilee function of the daily.

In his article published in FirstPost, senior journalist Ratan Mani Lal gave a detailed insight of the initial years of the newspaper’s decline.

“The first taste of something being wrong in the dream world of English journalism came in 1977 when the Janata Party stormed to power and even Indira Gandhi was defeated. Our editors told us that we could be in for trouble. However, nothing much changed till 1979 when the paper suffered its first lock-out. Those were the days when non-professional players started making their presence felt in the office,” he wrote.

“Often during a stroll outside we saw a car stop at the gate and a few men alight with a huge suitcase. Cash had been delivered for newsprint and part payment of wages, we were told,” Lal recollected.

Troubles for Herald mounted further after the Emergency got over in 1977. There had already been allegations of corruption and favouritism against the daily during the 21-month period.

In her book, The Emergency: A Personal History, veteran journalist Coomi Kapoor wrote: “The National Herald, founded by Jawaharlal Nehru, supported the Emergency throughout, and cautiously removed the quote ‘Freedom is in peril, defend it with all your might’ from its masthead.”

Rau left the newspaper in 1978. Khushwant Singh came in but resigned after a few months, indicating the extent of troubles the newspaper and its management faced.

An India Today report from 1978 suggested that the Herald in Delhi did not have a circulation of more than 15,000 before the Emergency. “The Lucknow edition did better (cir. 30,000) but the onset of the Emergency saw the paper boom not only in advertising revenue but also in circulation,” the report said.

During a debate in the Rajya Sabha on the closure of National Herald’s Delhi edition in 1977, CPI MP Bhupesh Gupta said, “Nehru tradition has gone a long time ago as far as the paper is concerned. But something that remains should be preserved. In any case, it is a matter of public interest and a matter of great importance.”

Amid allegations of a “conspiracy” to close the newspaper, then Information & Broadcasting Minister, L.K. Advani, addressed the house saying that the government would be “happy (if) the management continues the paper on its own with the same policy, the same approach”

“…there should not be any discrimination either in favour of or against any paper on the ground of political policy,” Advani said.

In 2008, the AJL finally stopped publications of the daily and its sister publications Navjivan and Qaumi Awaz, citing financial losses.

“Overstaffing, mainly of the press and non-journalists, and also lack of advertisements revenue are said to be the main causes for the newspaper running into major losses,” the IANS reported.

Eight years on, the AJL decided to relaunch all three publications, with National Herald making a comeback in a digital avatar.

But the troubles were far from over. In 2014, a Delhi court decided to look into charges of BJP Rajya Sabha MP Subramanian Swamy that the Gandhis had fraudulently acquired properties of AJL through their private company Young Indian. The next year the ED decided to reopen the case. Besides the Gandhis, Swamy named late Congress leaders Motilal Vora and Oscar Fernandes, entrepreneur Sam Pitroda and journalist Suman Dubey in the case.