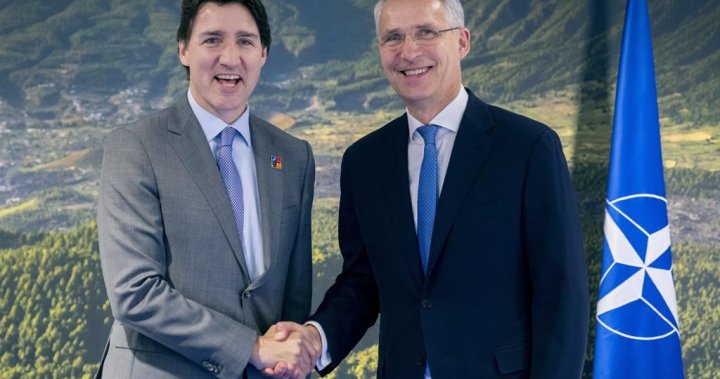 They are scheduled to tour a military radar site in Cambridge Bay, Nvt., marking the first time any NATO chief has visited Canada’s Arctic.

Senior Canadian and NATO officials say the visit is meant to highlight that the region is a security priority, in light of Russia’s invasion of Ukraine and issues related to climate change.

Rapidly accelerating melting in the Arctic means that the area is more accessible to allies, and to enemies.

Stoltenberg’s last visit to Canada was in 2019, but he and Trudeau met at the NATO summit in Madrid in late June.

Earlier in the week, the prime minister was in Toronto and Newfoundland with German Chancellor Olaf Scholz, whose visit was meant to strengthen the green energy ties between the two countries.