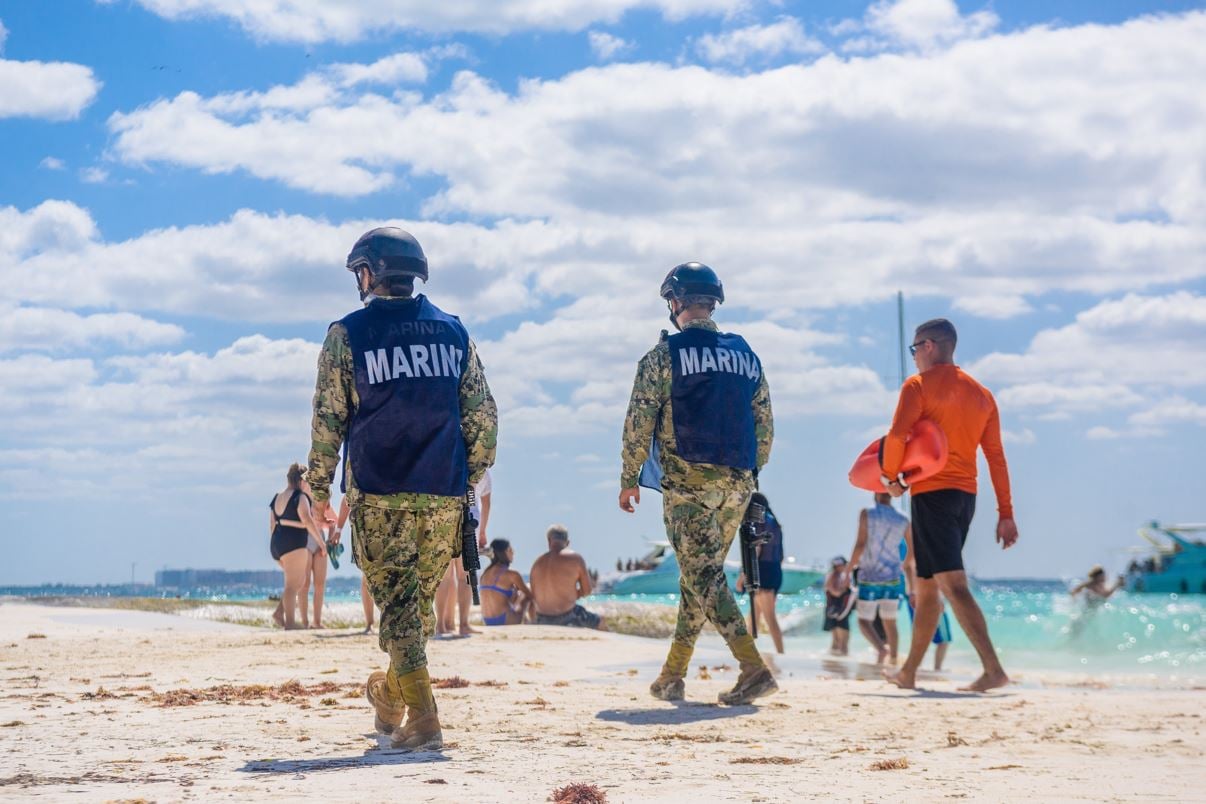 Reinforcing its zero-tolerance policy towards delinquents, one of the top destinations in Mexico, the charming island of Cozumel, is receiving up to 100 Navy soldiers in hopes of strengthening security and quashing crime for good.

After 300 army soldiers arrived in Cancun earlier this year to tighten surveillance on swimming hotspots, it’s Cozumel’s turn to resort to one of the nation’s top law-enforcing entities to keep its beaches incident-free.

This winter, when more than nine million Americans are expected to touchdown in the Mexican Caribbean, an entire fleet of navy officers will be making landfall alongside them:

Why Has The Navy Been Deployed?

The news was shared by the Secretary of Public Security of Quintana Roo, the state of which Cozumel is a part of, Rear Admiral Rubén Oyarvide Pedrero. Prior to announcing the deployment, he visited Cozumel in hopes of appeasing the local population following an increase in ‘certain types of crime’ across the municipality.

Crime in Cozumel, and the wider Riviera Maya, consists mostly of pick-pocketing, taxi scamming, and delinquency in general. On occasion, assassinations resulting from turf wars are also reported, though these rarely involve tourists, though when it does, there is a high chance victims might be tied to organized crime themselves.

Don’t Forget Travel Insurance For Your Next Trip!

Plans starting at only $10 per week

In Cozumel, specifically, islanders were alarmed in the wake of an execution attempt earlier this month, allegedly involving drug traffickers. Despite low risks to the general public, Pedrero still confirmed there would be a ‘redistribution’ of personnel to support state and municipal police, with a number of Officers of the Marine Special Forces having been sent to Cozumel already on the evening of September 20.

How Safe Is Cozumel?

The state of Quintana Roo as a whole is safe for traveling, remaining at Level 2 Travel Advisory this fall, alongside some of Europe’s top destinations like France and Germany. However, unlike these other countries that are issued a single alert comprising their entire territory, Mexico faces far more scrutiny on America’s part.

Each Mexican state is categorized individually when it comes to potential threats, and as we have seen before, marginal problems can be exacerbated on certain occasions. For instance, Americans are warned of ‘crime and kidnapping’ risks in Quintana Roo, despite the state’s negligible report of a single kidnapping case so far this year.

Cozumel has been named the fifth best in North America recently, being highly sought-after for its leisure and cultural scene, which includes all-inclusive resorts facing the turquoise ocean, spas and other wellness centers, world-class restaurants specializing in Mexican, Caribbean-infused cuisine, and archaeological sites.

The fact that both American Airlines and Air Canada have re-established air links with Cozumel this season, indicating it is one of the trendiest Caribbean destinations this fall, should serve as yet another proof lawlessness shouldn’t be a primary concern of tourists – especially now that the Navy has stepped in.

Why Are U.S. Authorities Concerned About Crime In Quintana Roo?

We do not know whether U.S. officials have access to confidential data the public can’t access that would support treating kidnapping, and other forms of violence, as a realistic risk, but based on the official information provided by Quintana Roo’s Fiscalia General, this doesn’t seem to be the case…

In Cancun, Tulum, Cozumel, or any of the state’s vacation hubs.

At the very least, the arrival of the Navy, coupled with increased police patrolling, will help secure Cozumel’s beaches even further. It may be a well-established fact Mexico is as safe a beach destination as anywhere else, but a slight increase in violence across the country was enough to prompt the U.S. Department of State to sound the alarm.

While incidents do occur and they can affect vacationers, something American authorities almost always fail to report is that, for the vast majority, visits to Mexico are trouble-free, and violence is almost exclusively linked to gang activity. Even then, Mexico has refused to allow this scrutiny to tarnish its reputation and has been taking extra steps to protect it.