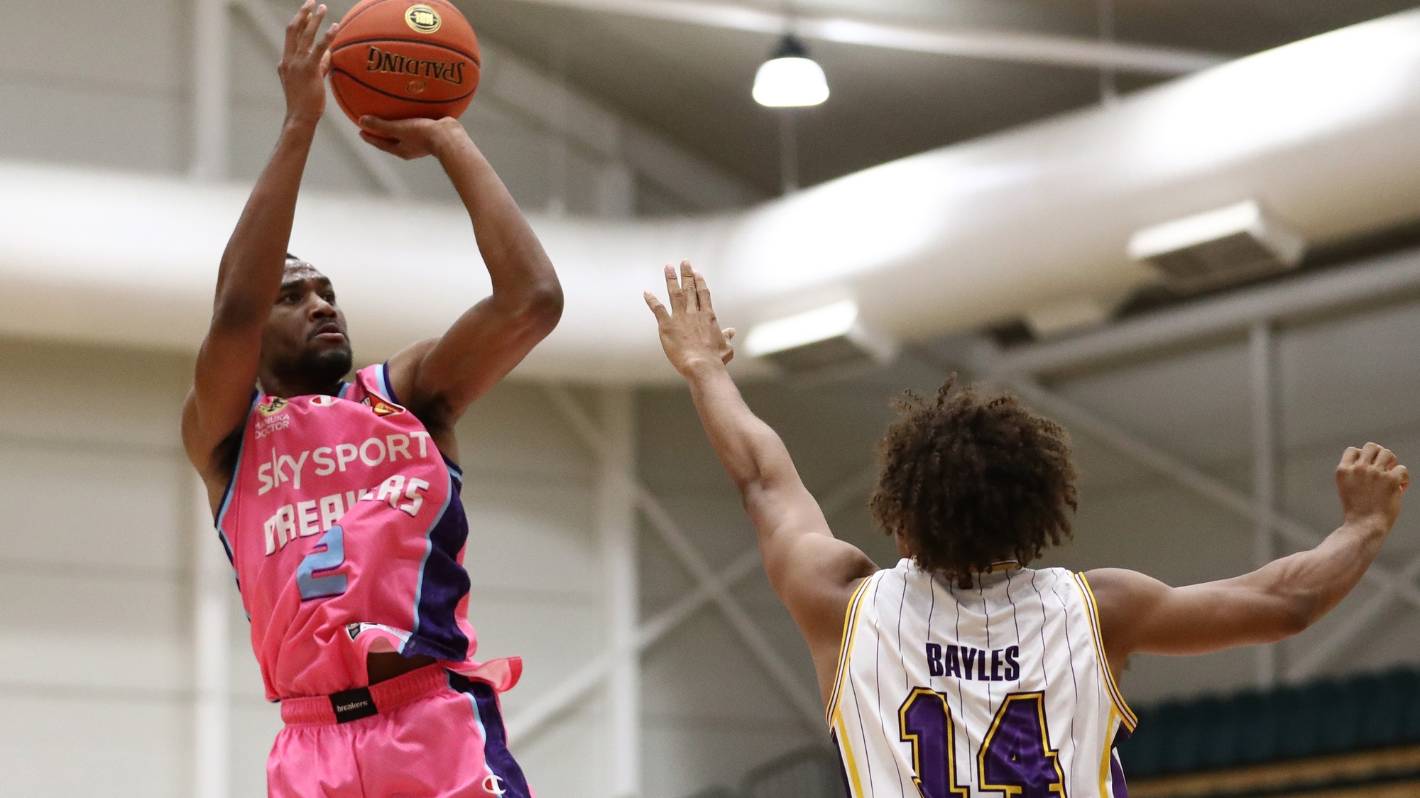 Jeremiah Martin paced the Breakers to a pre-season victory over the Sydney Kings in Melbourne.

The Breakers rode their improving backcourt of Jeremiah Martin and Peyton Siva to a pre-season NBL victory over the Sydney Kings in Melbourne on Thursday night.

The slick American guards combined for 41 points as Dan Shamir’s men posted a come-from-behind 97-93 victory over the Kings in the second of their four pre-season games. It’s much-needed sharpening time for the Kiwi franchise who had not even been able to practice together before leaving New Zealand at the start of the month.

Clearly they are making use of their time on the hardwood at their Melbourne base, with Thursday’s effort a marked step up from their opening 90-84 defeat to Melbourne United.

Martin had hinted at his quality in that first-up game, and confirmed it against the Kings as he led the charge with a stat-stuffing effort. His game-high 23 points came at an 8-of-14 clip and he chipped in with 4 rebounds, 7 assists and 5 steals in a display that showcased his recent NBA pedigree.

Siva’s effort would have been equally heartening for Shamir, after the veteran point guard had gone zero-for-eight against Melbourne and failed to notch a point. He knocked down 5 of his 9 attempts from deep and 6 of 14 shots overall as he added 18 points, 6 boards and 7 dimes.

Yanni Wetzell, in his first outing for his new club, also demonstrated why the Breakers were so high on him as the second-year Kiwi pro poured in 19 points on 8-of-9 shooting, to go with 5 boards. Finn Delany continued his sharp pre-season form with 15 points, while William McDowell-White added 11 points, 5 boards and 5 assists for the victors.

Sydney roared out of the gates to pour in the first 14 points and led 26-20 after one, 49-45 at the half and 71-66 at the final break. The Kiwi club found their rhythm late with the three-guard lineup of Martin, Siva and McDowell-White, with a 21-5 scoring run putting them in an unassailable position in the closing minutes.

Siva, Martin and Wetzell all made big plays down the stretch as the Breakers turned a 93-84 deficit midway through the final term into a confidence-boosting victory.

The Breakers lost experienced small forward Tom Abercrombie to injury after just a couple of minutes, with no chances taken with what appeared a hip knock.