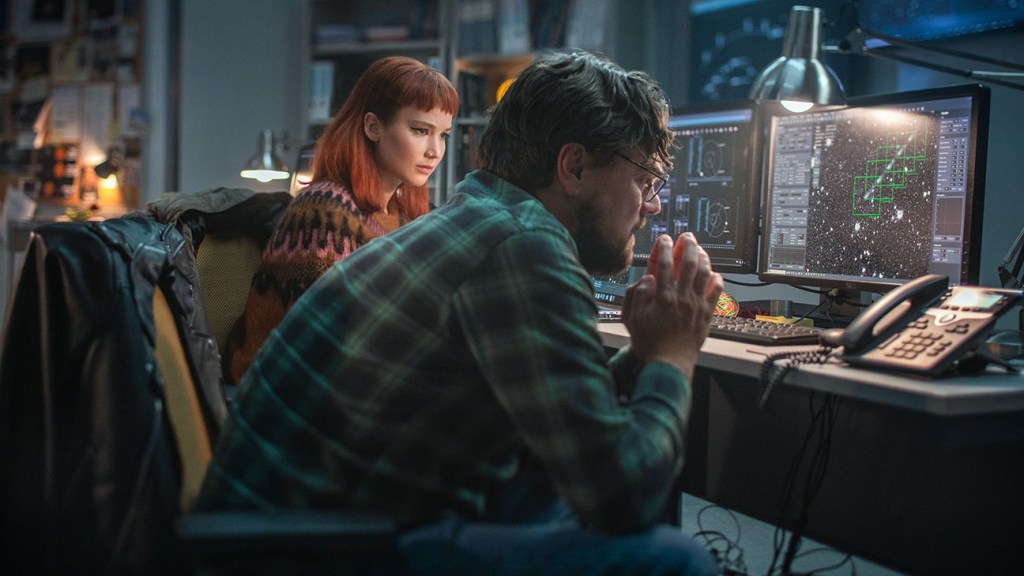 How many subscribers did streaming giant Netflix add during the final quarter of 2021, which included the return of hit shows Money Heist, Emily in Paris and The Witcher, as well as movies Red Notice and Don’t Look Up?

The company’s fourth-quarter earnings report after the market close on Thursday will show how the actual figure compared with management’s forecast for 8.5 million user additions, which would be in line with the same period of 2020. But the mood on Wall Street has been somber as of late, with analysts noting worries about softer-than-expected subscriber trends.

No wonder that Netflix shares are down more than 10 percent so far this year, closing last week at $525.69 after ending 2021 at $602.44. (With the company also unveiling price increases in North America late last week, the old debate about how that could impact user growth could also make a comeback.)

“Buckling up for fourth-quarter results” was the fitting title for Credit Suisse analyst Doug Mitchelson’s earnings preview on Thursday. “Investor interest is as low as we have seen the past eight years,” he highlighted, while sticking to his “outperform” rating and $740 price target. “Sentiment regarding fourth quarter/first quarter 2022 net adds has faded with some negative previews; with the fourth quarter’s record content slate, results are a watershed moment for the Netflix thesis; and, importantly, we see nothing in our app download data analysis that helps us predict fourth-quarter net adds – we acknowledge a complete lack of visibility,” Mitchelson noted.

The latest and current quarter’s user gains are particularly key for momentum-focused investors, he suggested. “Bulls are generally patient and still think core total addressable market, competitive positioning and long-term platform opportunities are underappreciated,” Mitchelson explained, leaving his forecast for a 8.5 million subscriber gain in the fourth quarter and growth of 5.8 million in the current first quarter unchanged. “To get others off the sidelines though would require either confidence in 25 million-plus net adds in 2022 or a change to the long-term growth narrative.”

In contrast, J.P. Morgan’s Doug Anmuth cut his price target on Netflix shares by $25 to $725 on Jan. 6, while maintaining his “overweight” rating, explaining: “We’re lowering our near-term subscriber estimates based on light fourth-quarter download data despite the strong content slate.” He now expects 6.25 million net subscriber additions in the fourth quarter, down from 8.8 million previously. For the first quarter, he is projecting 5.5 million net additions, down from 6.5 million.

“Our analysis of global Apptopia data suggests 5.6 million net adds in the fourth quarter, but Netflix has posted upside to our regression five of the past seven quarters and in each of the last three fourth quarters, which we’ve taken into account in our new 6.25 million estimate,” Anmuth explained. “We believe fourth-quarter net adds were lumpy as Netflix started the quarter with (a) significant spike and buzz around Squid Game, which was released in late September. Download growth then slowed and ultimately declined into early December before picking up on more favorable seasonality and stronger content releases.”

Anmuth also highlighted that he remains bullish on the global streamer in the bigger picture: “Our overall positive view on Netflix certainly doesn’t change on a few million subs across two quarters, but our 2022 net adds revert to 21.5 million — almost exactly where we had them three months ago — and below current Bloomberg consensus of 24.6M, which stubbornly has not come down much over the past several months.”

In contrast, Barclays analyst Kannan Venkateshwar in his earnings forecast argued that “historical correlations between commonly used intra-quarter subscriber data for Netflix, such as app downloads and active users to predict Netflix subs, may be becoming less useful” in projecting subscriber growth. “Overall, we find that no single model is accurate enough to be useful,” he added. “However, we find that an average across all our methods tends to have the narrowest gap versus actuals and can be directionally a lot better guidepost for quarterly performance.”

Based on this, the Barclays analyst argued that “Netflix’s fourth-quarter performance appears to be roughly in line with guidance (8.5 million) and our expectation of 8.9 million. We recognize that Netflix has rarely come within 10 percent of guidance (only 5 quarters out of the last 23 have had net adds within 10 percent of guide) or expectations.” What may that mean? “If we had to guess the directionality of the variance in the quarter, the engagement data could point to a stronger-than-expected performance due to its inherent churn benefits despite download data not backing it up,” Venkateshwar concluded.

MoffettNathanson’s Michael Nathanson made a change to his subscriber forecast, which had been higher than others’ though. “We now estimate that Netflix added 8.6 million subscribers in the fourth quarter, versus 9.6 million previously,” he wrote on Jan. 13. And he explained: “We think that the fourth quarter of 2021 will show that two of the newer entrants – Peacock and Paramount+ – will post the most net additions in the U.S., while Netflix, despite their best content offerings ever and the hype of Squid Game, will likely add around 550,000 U.S. and Canada subscribers, down from our prior more aggressive estimate.”

Nathanson also cut his price target by $5 to $460, while maintaining his “neutral” rating, arguing: “While Don’t Look Up is the title of Netflix’s latest blockbuster film release, we think (baseball player) Satchel Paige’s quote ‘Don’t look back, something might be gaining on you’ is probably a more apt phrase to use right now when looking at the U.S. streaming market.”

Meanwhile, Benchmark analyst Matt Harrigan remains bearish on Netflix with a “sell” rating and $470 stock price target. “We are slightly lowering our fourth-quarter member addition estimate to 7.4 million from 8.5 million, but are more concerned that forward growth will be increasingly concentrated in lower-price point markets outside the U.S. and Europe,” he explained in a Jan. 10 report.

“International successes like Squid Game, while only selectively breaking out globally, are juxtaposed with expensive U.S. movies like Red Notice and Don’t Look Up,” Harrigan continued. “We remain skeptical that any but the most memorable (in a good way) event movies approach the efficacy of branded series in attracting new Netflix members or fostering evergreen intellectual property.”

With all that said, investors will also look for possible management commentary on Netflix’s price hikes in the U.S. and Canada, the first since Oct. 2020. Evercore ISI analyst Mark Mahaney in a Jan. 16 report argued: “This is the second time Netflix tweaked up the basic plan price in the U.S., and we view this price hike as coming from a position of strength, likely supported by strong engagement and viewership in the fourth quarter.”

Credit Suisse’s Mitchelson had a similarly positive take about price hikes before the latest round was announced. He mentioned “concerns that Netflix will have a harder time raising prices when there is more competition in the marketplace,” but highlighted that “Netflix’s usage would suggest the service is a very cheap entertainment option, even for international households.”

Meanwhile, Nathanson had predicted the announcement of higher prices. “It feels to us that Netflix’s U.S. business is being impacted by both the natural slowing … and by the increasingly aggressive streaming strategies of legacy media companies,” he wrote. “As a result, while we expect a new series of price hikes to be announced … we believe that the equity market will focus on Netflix’s relatively high valuation and the longer-term implications of hitting a subscriber ceiling in their most valuable regions of the world.”