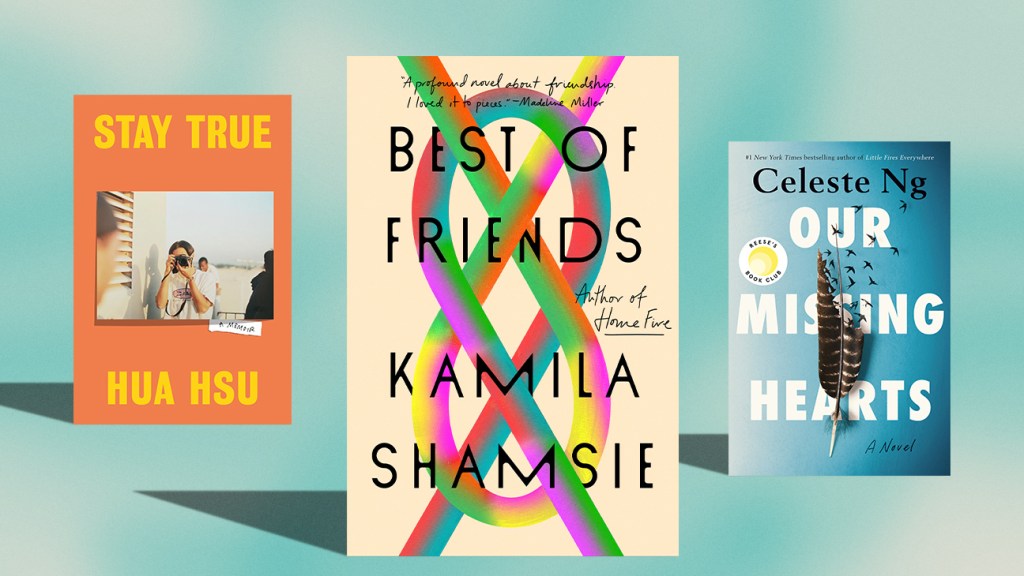 Each week, The Hollywood Reporter will offer up the best new (and newly relevant) books that everyone will be talking about — whether it’s a tome that’s ripe for adaptation, a new Hollywood-centric tell-all or the source material for a hot new TV show.

The Book of Goose by Yiyun Li (The Wylie Agency)

The prolific author’s latest novel borrows a bit of mood and background from Elena Ferrante’s Neapolitan novels (two girls growing up in a European town eventually grow estranged) but adds a juicy secret about literary fraud to the center of the story.

This YA thriller follows a private high school’s golden couple, Laney and Nico — they’re gorgeous, popular and seemingly in love — from the perspective of an interloping fellow student whose admiration quickly spirals into dangerous obsession.

Best of Friends by Kamila Shamsie (A M Heath)

Spanning Karachi to London, this frothy, sweet novel opens as two teenage girls witness the historic election of Benazir Bhutto and follows their relationship through to adulthood. What seems like a straightforward friendship tale keeps you guessing.

The New Yorker staff writer has achieved near rock-star status with his ’90s coming-of-age memoir: His Brooklyn launch party this fall drew 400-plus fans, an honor befitting his gorgeous, gut-wrenching story of a young friendship that ended tragically.

The Hero of This Book by Elizabeth McCracken (Dunow, Carlson & Lerner)

McCracken is known for her delightfully off-kilter novels and short stories (like 2019’s Bowlaway), but she turns a bit more sincere in this story of a woman who returns to her mother’s favorite city in the wake of her death as an attempt to reconcile her grief and examine a life lived.

Our Missing Hearts by Celeste Ng

The latest from the Little Fires Everywhere author reads, at first, as surprisingly dystopian. It takes place in an unspecified year when a nasty combination of nationalism, xenophobia, and anti-Asian sentiment have created a law known as the Preserving American Cultures and Traditions Act — it bans books and other forms of independent thought, and encourages outright racism against anyone who appears to have a tie to China — as the young son of a disappeared dissident poet runs away to New York to try to find her. But within that framework, Ng returns to her roots with a story of a familial love and all the ways it can endure.

Making a Scene by Constance Wu

The Crazy Rich Asians actress pens a revealing essay collection with entries on a childhood drama class, young love lost, and her much-talked-about time on Fresh Off the Boat. Read Wu’s own words on the book in her interview with THR.