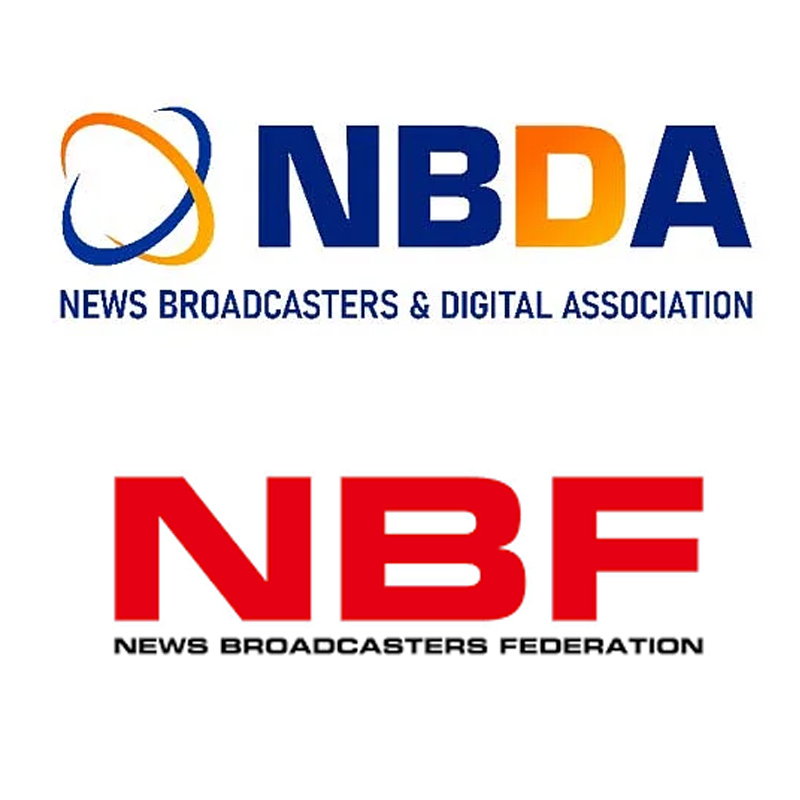 Mumbai: Day after the government gave its long-awaited approval to Broadcast Audience Research Council (Barc) India to release ratings for news channels, the News Broadcasters and Digital Association (NBDA) called upon the TV rating agency to take “some additional measures” before any ratings are released.

In a statement released on Thursday, the association said that while it recognises that a number of reforms are being undertaken at Barc, there is “still room to make systems more transparent, robust and reliable”. The association, which had earlier termed the Barc ratings “unreliable”, further noted that Barc should also evaluate ways to enhance data security and ensure that there is no manual intervention at any step in the ratings process.

“We hope before any ratings are released, these measures are in place,” stated NBDA, even as another industry association- News Broadcasters Federation (NBF) cried foul over the “unnecessary delay” in executing the orders.

“The audience viewership data is with Barc and withholding it despite clear instruction from the ministry, is not necessary. It should comply and release the ratings of news channels without any further delay. If there are news channels that don’t want ratings, they can be voluntarily exempted,” said NBF in a statement, highlighting that it was “disappointed.”

The representative body of news broadcasters exhorted Barc to put an end to the severe challenge that the news genre was facing as advertising was deeply hurt in absence of any ratings, leading to a loss in revenue.

When will the news ratings finally be released?

The statements come amid Barc India’s continued silence over the release of TRPs for news channels which have been in limbo since October 2020. While the I&B ministry has asked the TV measurement body to “release the news ratings with immediate effect” along with last three months’ data in a monthly format, it is yet to announce when it will publish the same.

Queries sent to Barc India did not elicit any response till the filing of the report.

On Wednesday, the I&B ministry directed the rating agency to resume news genre ratings on TV effective immediately on a four-week rolling average concept to ensure fair and equitable representation of true trends.

Furthermore, the government also assured broadcasters that Barc has undertaken revision in its processes, protocols, oversight mechanism and initiated changes in governance structure, and revamped and tightened the access protocols for data. “Barc has indicated that in view of the changes undertaken by it, they are reaching out to related constituencies to explain the new proposals and are in readiness to actually commence the release as per the new protocols,” it stated further.

Meanwhile, the NBDA also stated that it stands vindicated as the ministry has recognised the need for improvement, acknowledged the deficiencies, and the need to urgently increase sample size and systemic corrections. “The association will continue to work with all stakeholders on refining the Outlier Policy to eliminate statistical anomalies and increasing the sample size to strengthen the credibility of data,” it added further.

The ministry’s go-ahead comes just weeks ahead of an intense election season in five states, including an electoral battle for India’s most populous state. However, with broadcasters continuing to spar over the issue, it remains to be seen how long the state of suspension will continue.

The overhaul in the television rating system in India kick-started in October 2020 when Mumbai Police claimed in a press briefing that they probed a case of manipulation of TRPs and found some incriminating evidence. The police said the accused were allegedly bribing the households to keep a particular channel running, leading to several arrests, and FIRs against three news channels. The controversy which quickly turned into a political football for the broadcasters, with allegations and counter-allegation forcing Barc India to temporarily suspend the publishing of weekly data for news channels in October 2020, which hangs fire till date.