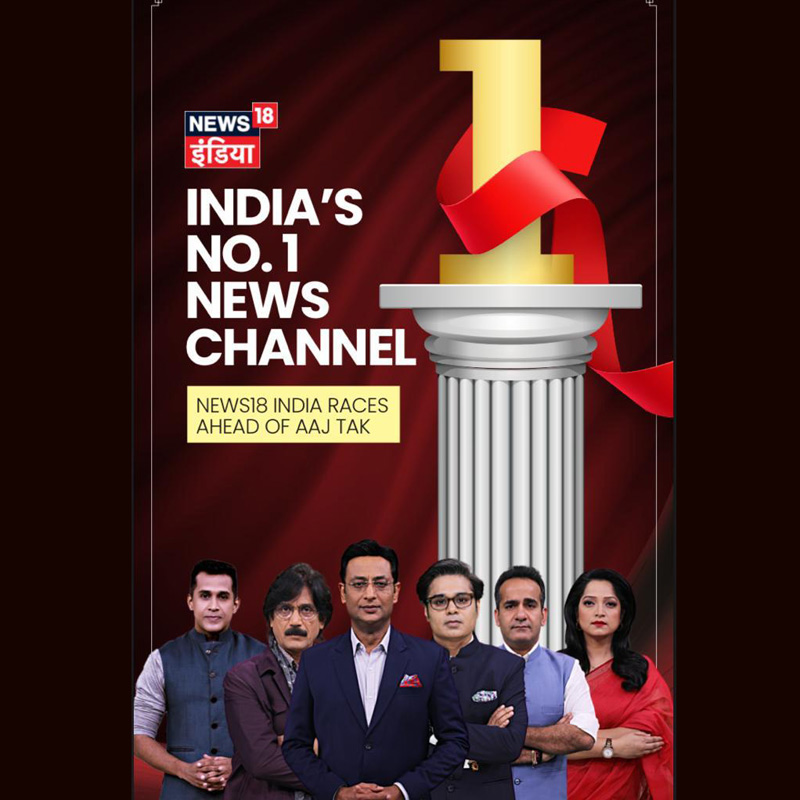 Mumbai: News18 India has widened its lead in the Hindi-speaking 15+ market with 12.8 per cent market share during Week 27-30 as per Broadcast Audience Research Council (Barc) India data.

As per Barc ratings released on Thursday, Aaj Tak garnered a 12.02 per cent relative share and India TV stood at 12.01 per cent.

In the last few months, News18 India has spruced up its content and programming strategy, coupled with new marketing initiatives.

Network18 CEO Hindi Cluster Karan Abhishek Singh said, “Continuous dominance of News18 India as the country’s top news channel shows the kind of viewer’s affinity and trust the channel enjoys. Our robust line-up of shows and anchors also keeps us ahead in primetime. Our focus on news, unmatched perspective, insightful analysis, and debates are the key differentiating factors that keep us ahead of the competition.”

The channel has not only performed well on TV, but its digital audience base has also seen steep growth.

News18 India managing editor Kishore Ajwani said, “There are a multitude of reasons which have helped us become a daily household name across India. The strong line-up of story-driven shows, the diversity of content, debates that offer perspective, and our fast-paced information delivery, all of these offerings have contributed to the increase in engagement with the audience and resonance of the channel.”