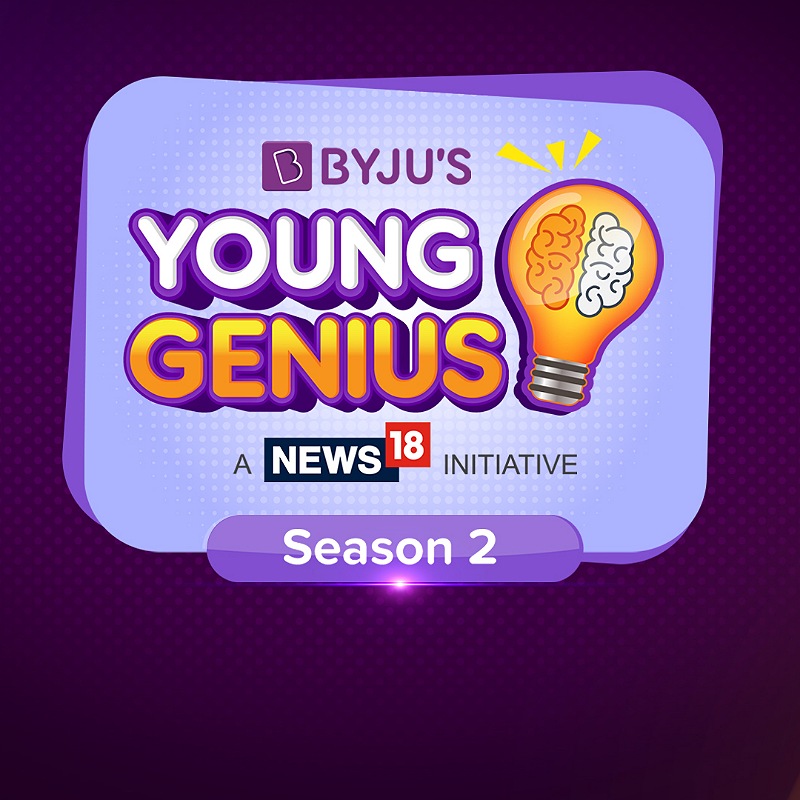 Mumbai: News18 has announced the second season of BYJU’S “Young Genius” starting on 15 January and will air every Saturday and Sunday across the News18 network, HistoryTV18 and Colors.

This season features prodigies aged 6-15 years showcasing their superlative achievements in a new avatar. The 22 contestants have been chosen from 20,000+ children across India from different fields such as performing arts, academics, technology and sports to name a few.

Senior anchor Anand Narasimhan is back on the show and will be joined by celebrities like Vidyut Jammwal, Shankar Mahadevan, Mouni Roy, Geeta Phogat, Pulela Gopichand, Geeta Kapoor for this season.

“We are elated to host season 2 of ‘Byju’s Young Genius’ and give a platform for many inspiring kids who have the potential to shape the future of this country,” said Network18 CEO – Hindi news cluster Karan Abhishek Singh. “This show is based on a unique concept that showcases young prodigies across such diverse expertise areas. Having children from different backgrounds and skills that are extraordinary in today’s world, the show is an adequate representation of umar choti, kaam bade.”

“At Byju’s, we have always believed that every child is unique and gifted and with a national platform like ‘Byju’s Young Genuis,’ we have been encouraging spirited children across the country to showcase their exceptional talent,” said BYJU’S marketing head Atit Mehta. “This year as we start season 2, we are certain of finding some more hidden gems and brilliant young talents of India who will be an inspiration to all of us.”