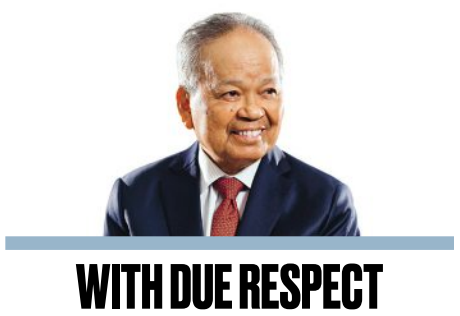 The Constitution (Article IX-C, Section 2) ordains that the chair and the six commissioners of the Commission on Elections (Comelec) “shall be appointed by the President with the consent of the Commission on Appointments [CA] for a term of seven years without reappointment. Of those first appointed, three Members shall hold office for seven years, two Members for five years, and the last Members for three years, without reappointment. Appointment to a vacancy shall be only for the unexpired term of the predecessor. In no case shall any Member be appointed or designated in a temporary or acting capacity.”

CLEARLY, THE COMELEC CHAIR CANNOT BE APPOINTED BY THE PRESIDENT IN AN ACTING CAPACITY. However, the Supreme Court en banc ruled in Brilliantes v. Yorac (Dec. 18, 1990) that the commissioners may designate among themselves an “acting chairman” pending the appointment by the President of a new chairperson. Accordingly, the four incumbent commissioners designated the most senior among them, Socorro B. Inting, as the acting or temporary chair.

The appointment by the President of a new regular chair is complicated by the adjournment of Congress last Feb. 2 (the same day that former chair Sheriff M. Abas retired) and by the resumption of its sessions on May 23 to canvass the presidential and vice presidential races.

Any appointment (or “nomination”) of the Comelec chair (and/or the commissioners for the two existing vacancies) by the President during the congressional recess between Feb. 2 and May 23 would be deemed “ad interim” appointments which, under the Constitution (Article VII, Section 16), “shall be effective only until disapproved by the (CA) or until the next adjournment of the Congress.” Once issued, ad interim appointments can no longer be withdrawn by the President. And once confirmed, the seven Comelec members would all be Duterte appointees who cannot be removed except by impeachment.

To help prepare for the May 8 polls, the President, IMHO, should now name the new chair and fill the two vacancies.

TO BE SURE THAT HIS APPOINTEES WOULD SURVIVE HIS TERM which will end on June 30, President Duterte may want to obtain the “consent” or confirmation of his appointees by the CA composed of the members of the outgoing “lame duck” Congress that would reconvene on May 23. Otherwise, if unconfirmed, his appointees shall hold office only “until the next adjournment of Congress” when it ends its canvassing duty.

If the CA bypasses his appointees, the President may issue new “ad interim” appointments to them, or may name new ones in their places but, again, these new appointees would be ad interim and would hold office only until the next adjournment of the new Congress which may not confirm them. By that time, a new President may have taken over the reins of government.

The President is given wide discretion by our laws to appoint the Comelec chair and commissioners, limited only by the constitutionally-imposed qualifications of “natural-born citizen… and, at the time of their appointment, at least thirty-five years of age, holders of a college degree, and must not have been candidates for any elective position in the immediately preceding elections. However, a majority thereof, including the Chairman, shall be members of the Philippine Bar who have been engaged in the practice of law for at least ten years.”

Clearly, non-lawyers can be named commissioners (but not chair). In fact, given the many-faceted responsibilities of the Comelec (aside from its adjudicatory powers), I believe that one or two commissioners should be experts in fields other than law, like finance, logistics, and digital technologies. Of course, the best would be lawyers who are also experts in these fields.

NONETHELESS, TO REPEAT, THE LAW GIVES THE PRESIDENT WIDE DISCRETION in appointing the chair, whether from inside or outside the Comelec. Examples of outsiders named chairs: Hilario G. Davide Jr., Christian S. Monsod, Bernardo P. Pardo, and Jose A. R. Melo. However, President Duterte chose insider Abas in 2017. Given his preference for insiders, the President, I think, will choose Inting to succeed Abas.

In fact, even his Supreme Court appointees have been career insiders from the Court of Appeals, the Sandiganbayan, and the Office of the Court of Administrator. Will he maintain this practice when he names a new justice to the current vacancy in the Supreme Court? Abangan.